Returning to God’s Original Plan for Your Life

by Randal A. Wiedemann 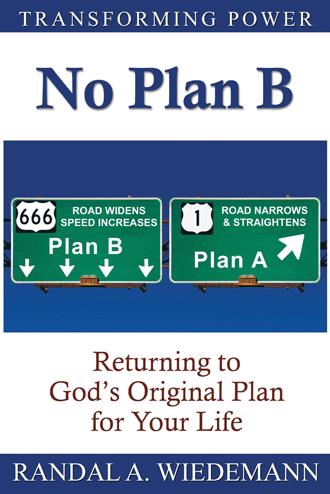 The Bible claims that all people (except Jesus) have sinned and fallen short of the glory of God. Because you and I are part of the “all,” many of us have lost the original vision for our lives that God implanted in our hearts. We remember times that we failed in the past with some sexual sin, addiction, or relationship problem. We assume we are damaged goods and must be disqualified from the high calling of God that we think He holds for those other good people who haven’t gone off course as badly as us. We now face the fact that life on God’s sidelines will have to do. This second-class life is the foundation of spiritual Plan B.

As I define it, there are two types of Plan B – secular and spiritual. Secular Plan Bs have no moral impact. They are simply alternative ways of solving secular problems. Experience has taught us to have backup plans in case our first efforts don’t work. If you have a plumbing problem, you may consider using copper pipe or PVC pipe. With secular Plan B, there may not be one “best” approach, which could be called “Plan A.” That is not true about spiritual Plan B.

Spiritual Plan B is a workaround for our original spiritual Plan A. We do it for a variety of reasons. Sometimes it’s laziness or bad judgment. Sometimes it’s for short-term gratification. But mostly it’s because we think we are no longer worthy of God’s intimate love. Because of our past failures, we believe we cannot participate in the original plan God had for us. What’s worse, we figure that because we have already blown it, we may as well continue in Plan B because there is nothing better for us on life’s horizon. Inwardly, we know Plan B is not God’s best for us. We know we need something more.

The Andy Griffith Show was a sit-com in the 1960s that showcased the differences between Plan A and Plan B methods. In almost every program, there was a moral to the story. Episodes would revolve around situational problems: Barney would pretend to be a big-city cop, Opie would tell a lie, Andy would misjudge someone, or Aunt Bee would fool herself with vanity. At the end of each program, the person at fault would have to be honest about his or her shortcomings. Usually, it was Andy who would dispense the wisdom of Plan A in a down-home kind of way.

In Mayberry, Plan B seemed to promise success, but it never delivered satisfying results and often took longer than Plan A would have. It’s the same for us. Had we approached our problems with God’s help, using His methods, we could have solved them more quickly. Jesus said, “I tell you the truth, the man who does not enter the sheep pen by the gate, but climbs in by some other way, is a thief and a robber” (John 10:1). This “other way” is Plan B.

If we really, really understood the love of God, we would never live one second without it. However, once we take ourselves out of Plan A, we begin to use Plan B mentality on all we do. You can recognize Plan B because it has one or more of the following characteristics:

· Not Seeking God in All Our Ways

· Contrary to, Or Not in Keeping with, God’s Word

· Filled with Works of the Flesh

Are you trapped right now in Plan B mediocrity? Is it difficult to remember a life without regrets? Are you praying just to get by and to function a little better in Plan B? If so, it’s time to trust God to do superabundantly, far over and above all we dare ask or think! God’s wants to restore us to His original plan. It may not be easy, but neither is staying in Plan B! 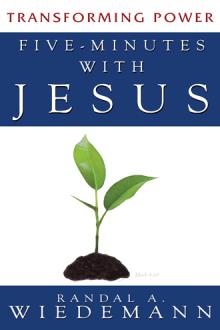 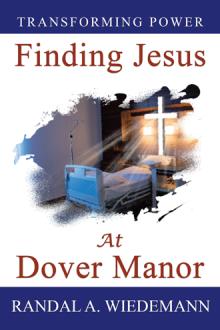 No Plan B - The third book by Randal Wiedemann - helps Christians recognize the temptations to go it alone and trust themselves rather than God. The message of our age is to have Plan B ready, in case God’s plan doesn’t work for us. Sooner or later, we are faced with the failure of Plan B. Having made a mess of things, we often try to make things right on our own, only to drift further away from God’s ideal plan for us. Eventually, we begin to believe we’ve burned our bridges back to Him. Randal provides hope by sharing stories of men and women in the Bible who made their way to Plan A. Some were tempted by Plan B, but stayed with Plan A. Some were beguiled and gave in to Plan B, eventually realizing their need for redemption and restoration to Plan A. The true heroes of the faith learned how to persevere and deliberately live in Plan A the rest of their days. If you too have ever entertained the hope of living a life in the center of God’s will, No Plan B is an excellent step in your journey.

Randal A. Wiedemann has an M.B.A. from the University of Cincinnati, and a master’s in practical ministries from Cincinnati Bible Seminary. He is an authority on concocting many of his own Plan B’s, only to return to his Heavenly Father for grace and forgiveness in large doses. He is president of an aviation consulting firm and lives with his family in the Bluegrass Region of Kentucky.