You Can’t Get There from Here … 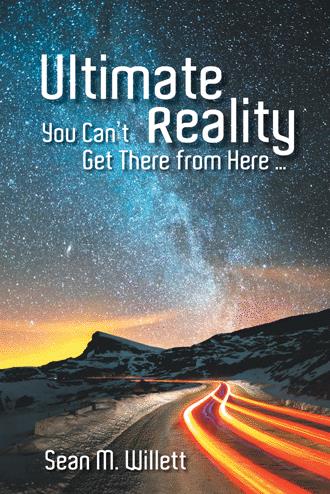 All of God’s attributes are unending and unfailing. In my understanding of the scriptures there is nothing out of His reach, nothing beyond His control and aside from denying Himself and/or lying, there is nothing He cannot do. I recall speaking with an intellectually accomplished individual regarding this truth when their jesting question to me was, “Could God ever make a rock so big that He couldn’t move it?” In my embarrassment, I didn’t have an answer for him, until many days afterward. The answer to that question (that was designed to trip me up intellectually) is, that’s not something that God would ever do. Everything He does has a purpose. He never contradicts Himself. God the Father, God the Son, and God the Spirit are One. They are never in contradiction one to another; Jesus proved that with His strict adherence to the will of the Father while here on earth as a man. If God chooses to make an astronomically large rock, it’s because He has definite purpose behind that decision. If He decides to move it then it will do as He says, even to the rotating about its own axis every twenty-four hours and the revolving around a much larger burning rock of fire every three hundred and sixty-five days and will continue to do so until He says otherwise. No contradiction, only purpose accomplished. If, in response to His intelligent design, He decides to create plants, animals, complex eco systems and an even more complex society of human beings on that rock, He has great purpose behind that as well. If He, being unwilling to compromise with sin yet still desiring to have an intimate relationship with His creation, decides to leave His home in heaven, live on that rock for thirty three and a half years as a human being without sin, according to the very laws that He ordained many years ago through His own chosen prophets, offer Himself (His Son) as a sinless sacrifice to atone for the sins of the very people He created without ever compromising His Integrity as the God of all Righteousness, I humbly suggest to you that He has great purpose in that as well. In my youth, I used to think that the worse part of the crucifixion for Jesus must have been the physical pain and anguish from the crown of thorns, the nails to the cross and the sword to His side that He had to endure. I thought that was what He was lamenting in the garden of Gethsemane when He sweat, as it were, great drops of blood. I didn’t understand the depth of what it cost God to give His Only Son over to become that which He so clearly has detested for all of eternity. A cost that was so adequately pictured when God told Abraham to offer his only son as a burnt sacrifice for sin. I can’t hardly imagine the deep heart-wrenching grief that He had to bare. My Uncle Bob explained to me that for the first and only time in eternity God would have contact with sin. In fact, not only was He going to have contact with sin, He was to become sin and be crucified because of it. God subjected Himself to all that agony, grief, shame, ridicule and heart ache to satisfy His own law on behalf of humanity (Without the shedding of blood there is no remission of sin). He did all of this on our behalf willingly the whole time despising the shame.

Jesus, in His Humanity, felt the turning away of the Father for God cannot look upon sin. The same Man (God) that spoke those words in Mark chapter 15 foretold of this event, as God, long before as recorded in Psalm chapter 22. Jesus hung on the cross for six hours that day; signifying that He did this for man as man was created on the sixth day. The earth turned black for three hours, three being the number of the Holy Trinity (Father, Son, & Spirit); signifying that it was God that orchestrated this event apart from the earth to once and for all pay for the sin of man. From the sixth hour to the ninth hour there was darkness upon the face of all the earth as God the Father and God the Spirit turned themselves away from sin as Jesus took upon Himself the sin of the world; and when He said “it is finished” He gave up the ghost, the veil in the temple of God, that separated the Holy of Holies which is where God dwelt apart from the people, was torn from top to bottom because the ultimate sacrifice for the sin of man had been paid in full with God’s own blood therefore opening up God’s salvation to “whosoever will.” The scene of the Lord’s crucifixion, including the two thieves that were crucified with Him, is said to picture all of mankind hanging in the balance between heaven and earth; those who accept Christ, those who reject Christ, and God Himself in the person of Jesus Christ, who alone paid the price for us all.

For there is one God, and one mediator between God and men, the man Christ Jesus; Who gave himself a ransom for all, to be testified in due time. 1 Tim 2:5-6 (KJV)

That, of course, is not the end of the story. The full gospel includes the miraculous resurrection of Christ from the dead. It is through His resurrection only that we are justified, before God, to have an intimate relationship with the God of all creation.

The Bible is a book of eternal truth and guidance, yet for many of us, it can be difficult to always glean the Bible’s insights and lessons. So what can we do when we become frustrated in life, look for guidance, yet cannot decipher the biblical lessons we need to overcome obstacles and challenges?

In Ultimate Reality, author Sean M. Willet shares his own ruminations on the Bible and what it really all means, and he conveys some of the foundational truths from the Word that God has entrusted with him, in hopes that other believers will find valuable truths to add to their lives. Through his own personal salvation in Christ, Sean invites us to see in his journey a way to welcome Christ into our own lives and get a better understanding of our divine purpose.

God has entrusted us with a life, and his Word, the Bible, is the guidebook he has given to us to show us the way back to his kingdom. God has and will fulfill his part, and it is now up to us to do our parts to cultivate relationships with the Lord and live lives that glorify his name. Life—and even the Bible itself—can be confusing or frustrating, but if we listen to God, then he will show us the truth about what comes next in eternity.

Sean is a family man who works as a welding inspector by trade. Answering the perceived need to write, he endeavors to share with the reader some of life’s most important principals regarding the non-negotiable circumstances included in the finiteness of life in the light of eternal, universal truths found in the word of God. Additionally, he shares in this journey some of his personal experiences in recognizing some of these life changing principals and the profound impact they have had on him and his family.