I Am the Clay 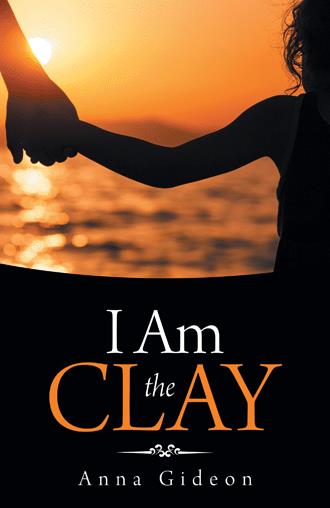 At the first homeopathy appointment I was quite skeptical and uneasy.  The walls were painted a strange pale pink in the office.  The place had a funny smell and an unusual vibe which was neither good nor bad. As I nervously followed Jamie around trying to prevent a meltdown or destruction of property, I asked the sweet-natured receptionist a not-so-profound question.  I asked, “Does this stuff really work?”  I expected she would answer me because not many people would be so bold as to ask this million-dollar question.

She did answer and was very careful with her words. She carefully said, “Yes, I have seen it work.  It depends on the situation but…” (This was the part she offered with caution.) “it doesn’t always work the way you think it’s going to work.”

I thought, “What in the world does she mean by that?”

Over the years, I have pondered over those words many times.  It’s almost ten years later, and I think I now understand what she meant.  Jamie received a regular homeopathic remedy for about one year, and during the course of the treatment he changed.  We did not see it as a good change.  In fact, I was scolded by my mother and got a few harsh comments from teachers at school who couldn’t help but notice.

What happened was that my sweet little boy who rarely made eye contact, had very little interest in playing with anyone or anything, who mostly stimmed with his “Handy Dandy Notebook” or makeshift garage door, became hyper, mischievous, and at times, maniacal.

All exaggeration aside, during the course of treatment, Jamie’s behavior became horrible. He would run around saying potty words laughing hysterically.  He would break his siblings’ toys and laugh when they cried.  He would attempt to flush big rocks down the toilet, throw things at the neighbor’s dog, say cuss words, and yell out inappropriately in school and in public.

I wasn’t so sure I hadn’t poisoned him.  But looking back now, I can see that he was provoking a response from everyone around him.  He had woken up and wanted to participate in life but didn’t quite know how.  He was in a fog before. He rarely looked when I called his name and did not seem to notice others.  Now he was boisterous and obnoxious making sure everyone on the planet knew he existed.  Was this actually a path to healing?  Was it just an alternate path, or was it merely a predictable progression of autism or a developmental stage?  These are questions I will not even pretend to know the answer to.  I will only ask: What if God works in this manner? Is it possible that He heals not in the manner in which we think He will but in that which He knows we need?

There was no straight path to the top with my son.  It feels like we have been to the tumultuous ends of the earth and back with him.  We have fought, cried, pleaded, and tried to buy every service on this earth to help him.  It has been a struggle that few people can identify with.  But what if the Maker used this anguish to mold Beau and I, making us into something better? What if all of this hardship was the infamous “Refiners Fire” mentioned in 1Peter 1:7? So I ask again: What if God’s plan for us is different than we think it should be?  Is it still not a plan— a plan from the Creator of the universe that loves us more than we can even fathom?

I believe from the bottom of my heart and soul that the answer is yes.  God is always working in our favor.  He is never the cause of pain and suffering but instead our relief, our remedy; and I say, who are we to question.  For His end game is always what we need.

When one comes to the Almighty in a spirit of surrender to say, “Have Thine Own Way,” big things happen. Despair is replaced with hope, broken hearts begin to heal, and desperate prayers are answered. It is called waiting on the Lord. It takes obedience and faith— the path is definitely the one less traveled.

This is a chronicle through the life of a child with autism. The unusual presentation, the speculated causes and hope for recovery as well as the toll it takes on a family are all explored through a first-hand account. Effective parenting strategies, alternative education, and holistic medical interventions are also discussed.

The power of prayer and God’s loving response transform this story from gloom and doom to one of hope and triumph. God works on our behalf, unleashing the power of Grace; but make no mistake, He always provides in His time and in His way.

Anna Gideon is a registered nurse with vast experience in both critical care and the emergency room. She is also an accomplished pianist and currently teaches piano in Highlands Ranch, Colorado, where she lives with her three teenagers, her husband, and her dog Mabel. Gideon is a member of Cherry Hills Community Church as well as Moms in Prayer International. This is her first published book. Please visit Anna’s website at annagideon.com.