And the Found Sister 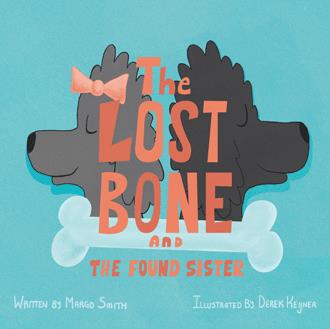 Mimi immediately ran outside to tell Gigi what happened to her bone. By the time Mimi got outside, Gigi realized her bone was gone and she was very upset.

Naturally, she blamed Mimi. Before Mimi could tell Gigi what really had happened to her bone, Gigi accused Mimi of taking her bone. Mimi was stunned that Gigi thought she had taken her prized bone.

Mimi and Gigi, two charming poodles, are struggling with their sibling relationship. As sisters, they are very different in their looks, personalities, activities, and hobbies. Through a series of events, Gigi’s most prized bone is missing, and Mimi is blamed. When the truth is finally revealed, Gigi learns lessons in humility and forgiveness. Meanwhile, Mimi learns self-sacrifice and grace. In the end, they both learn that when you lose what you prize the most, you discover what really matters.

Margo was a self-taught reader, and she did not learn to read until third grade. As a result, she understands the importance of children learning early-reading skills and the value of good literature. Despite this fact, Margo overcame academic challenges and became a Speech-language Pathologist specializing in written-language disorders for children. She published her first children’s book, The Perfect Shade of Pink, in 2015. Currently, Margo lives in Louisville, Kentucky with her husband of thirty years and their poodle, Gigi.