The Tower of the Flock 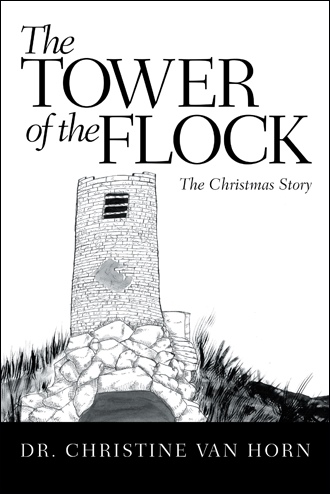 Jesus was the Lamb from before the foundation of the world (Rev. 13:8 NLT). He was foreshadowed as a lamb, He lived as a Lamb, He died as THE Lamb and He is the coming King as The Lamb. “Jesus Christ is the same yesterday, today, and forever” (Hebrews 13:8). A forever Lamb also had to be born into this world as a Lamb, which was the Lord’s revelation to me that started this study.

The Tower of the Flock builds upon my book, The Lamb Eternal. This study focuses on Bethlehem were Jesus was born, the Temple flock (where and how they were raised) and Jesus being born as THE Lamb. For this, we return to the Old Testament. This will connect all that we studied in The Lamb Eternal with this study’s foundational Scriptures of Micah 4:8 and 5:2.


As for you, watchtower of the flock,
Stronghold (hill) of Daughter Zion,
The former dominion will be restored to you;
Kingship will come to Daughter Jerusalem…


But you, Bethlehem Ephrathah,
Though you are small among the clans (rulers) of Judah,
Out of you will come for me
One who will be ruler over Israel,
Whose origins are from of old,
From ancient times. (Micah 4:8; 5:2 NIV)


Luke Chapter 2 is the source for a better understanding of the birth of Jesus, THE Lamb of God. These passages in Luke will be explored later in detail as you read. For now, note the words in italics, as they are key to this study.


And it came to pass in those days that a decree went out from Caesar Augustus that all the world should be registered. This census first took place while Quirinius was governing Syria. So all went to be registered, everyone to his own city.


Joseph also went up from Galilee, out of the city of Nazareth, into Judea, to the city of David, which is called Bethlehem, because he was of the house and lineage of David, to be registered with Mary, his betrothed wife, who was with child. So it was, that while they were there, the days were completed for her to be delivered. And she brought forth her firstborn Son, and wrapped Him in swaddling cloths, and laid Him in a manger, because there was no room for them in the inn.


Now there were in the same country shepherds living out in the fields, keeping watch over their flock by night. And behold, an angel of the Lord stood before them, and the glory of the Lord shone around them, and they were greatly afraid. Then the angel said to them, “Do not be afraid, for behold, I bring you good tidings of great joy which will be to all people. For there is born to you this day in the city of David a Savior, who is Christ the Lord. And this will be the sign to you: You will find a Babe wrapped in swaddling cloths, lying in a manger.” And suddenly there was with the angel a multitude of the heavenly host praising God and saying: “Glory to God in the highest, And on earth peace, goodwill toward men!”


So it was, when the angels had gone away from them into heaven that the shepherds said to one another, “Let us now go to Bethlehem and see this thing that has come to pass, which the Lord has made known to us.” And they came with haste and found Mary and Joseph, and the Babe lying in a manger. Now when they had seen Him, they made widely known the saying which was told them concerning this Child. And all those who heard it marveled at those things which were told them by the shepherds. But Mary kept all these things and pondered them in her heart. Then the shepherds returned, glorifying and praising God for all the things that they had heard and seen, as it was told them. (Luke 2:1–20 NKJV; author’s emphasis)


The Tower of the Flock is a continuation of the “one story” of Jesus, THE Lamb of God. I invite you to join it with me. 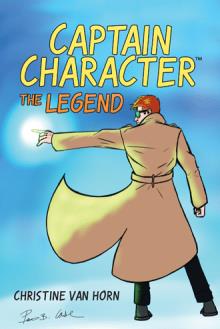 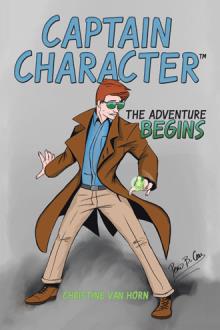 The Tower of the Flock


Dr. Christine Van Horn has a comprehensive understanding of what it means for Jesus to be the Lamb of God. Her intensive study was born out of a revelation from God on this subject. The Tower of the Flock is the second part of this study, following The Lamb Eternal.
The Tower of the Flock studies the birth of Jesus, including:
Why Jesus was born in Bethlehem
Who the shepherds really were
Why Jesus was born in a manger
Where the manger was really located
What time of year Jesus was born
This book will change your understanding of the meaning of Christmas forever.

Dr. Christine Van Horn is an avid student of the Scriptures seeking to find depths greater than we basically see. She earned her Doctorate Degree in Theology with an emphasis on Biblical Studies from the International College of Excellence, under the direction of Dr. Robb Thompson, who is her Senior Pastor at Family Harvest Church in Tinley Park, IL. She and her husband, John, served in the Children’s Ministry there for many years. Dr. Van Horn has been on the faculty for the International College of Excellence and DanEl Christian College. Her greatest desire is to better understand the deeper things of God (1 Corinthians 2:10). She used this desire and revelation from God to seek a greater understanding of Jesus, the Lamb of God. Dr. Van Horn is also the author of the books God in Schools and The Lamb Eternal, which is part 1 of this book. Dr. Christine Van Horn may be contacted at: christine@drchris.co.