The Right Combination for Expositor Preaching to a Postmodern World 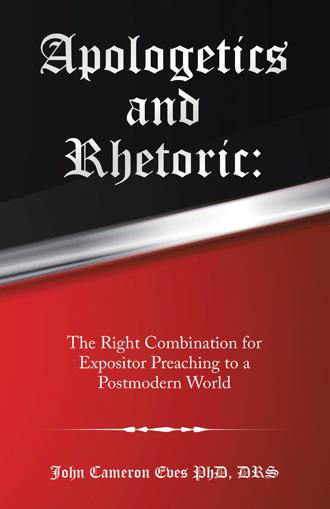 In his book Preaching with Purpose, author Jay E. Adams says, “Men and women (and especially young people) are being turned away from Christ and His church by dull, unarresting, unedifying, and aimless preaching.”1 Many of these men and women are postmodernists. Traditionally, postmodernists have been viewed as a challenging audience to reach with the message of the Lord Jesus Christ. Graham Johnston reports in his book, Preaching to a Postmodern World, that “…two-thirds of Americans no longer believe in objective truth.”2 This number is not just restricted to the unchurched; it includes the churched, as well. Although postmodern beliefs can be cynical in nature, biblical preaching (empowered by God’s Spirit) and God’s Word (the good news) is full of certain hope.

Many churches either ignore the developing philosophy of postmodernism or respond to postmodernists in a negative way. To effectively reach the postmodern population, preaching must include both rhetoric and apologetics to speak gospel messages that are both potent and powerful enough to bring about life-changing outcomes. Implementing apologetics and rhetoric will bring about a reasonable, logical, and substantive defense for the Christian belief.

Rhetoric is the arrangement of preaching the truth through the skill of eloquence, with a strong foundation of the knowledge of scripture. Grant R. Osborne put it this way in his book, The Hermeneutical Spiral: Rhetoric is “the art of discovering the best possible means of persuasion in regard to any subject whatever.”4 The intent is to persuasively convince an audience to accept an idea and logically strike down erroneous beliefs.

God wants everyone to hear and believe the gospel message. 2 Peter 3:9 declares, “It God’s will that none shall perish.” He has gone to great lengths to reach the lost. John 3:16 sums it up best by saying, “for God so loved the world that he sent his only begotten Son and whosoever believes in him shall not perish but will have everlasting life.” By expanding the gospel message to the postmodern world through more effective preaching, which incorporates rhetoric and apologetics, Christian churches can reach both churched and un-churched postmodern audiences here in the United States with both reason and logic.

This book identifies the arguments, positions, and concerns of the Christian and the postmodern position and teaches Christians how to use the Bible to answer unbelieving postmodernists’ objections to their faith. It should be noted that this book is written almost entirely from a research point of view and not from “experiences,” though I have included a few. As such, it is chocked full of sources the reader can either purchase from a bookseller or check out of a library for further research if desired.

The concern from the Christian standpoint is that postmodernists believe all truth is subjective. It has become fashionable to accept that all beliefs are equal and that we live in a world of the unknown. In other words, the truth may be out there somewhere, but we will never capture it.

While postmodernists attempt to get along with our society as a whole, they are skeptical of a world filled with marketing ploys and every form of deception. I realize there are individuals who will not listen to any sound arguments and refuse to believe in the Lord Jesus Christ, but combining rhetoric and apologetics in preaching is the most effective way to persuade postmodernists of the truth.

Dr. Eves has given ministers and others who “preach the Word” an excellent book which can revitalize their preaching. His book gives practical pointers on how to give sermons that are biblically exegetical, presented with forceful logic, and given in effective style. This book will help both the preacher that has not had extensive education as well as the seminary grad who has been out for a few years and who may have quietly drifted into good patterns, but which with a little prodding could climb to the next level of effectiveness. Is your preaching in a rut, or do you sound the same Sunday after Sunday? Or perhaps you are already very effective for the Lord? In any case, this book may be just the tonic to give your preaching a new biblical fervor. I recommend this book as a “tune up” for all ministers who love the Lord and who seek to be as effective as they can be—touching the Bible and touching hearts through the Word and the power of the Holy Spirit.

John is a Canadian, son of a steelworker, who was born and raised in Hamilton, Ontario, Canada. He has resided in Miami, Florida for over 25 years. John is married to Grace and a proud father of two sons, Eric and Isaac. He has a strong passion for learning and has continued to learn throughout his life. He received a Bachelor of Arts in Bible and a Masters of Religion at Trinity International University. Also, he went on to earn a Doctorate of Religious Studies (Pulpit Communication, Expository Preaching) and later a Ph.D. in Christian Apologetics at Trinity Theological Seminary. John was also an adjunct Biblical professor at Trinity International University (South Florida Campus) for eight years. John continues to seek the deeper things of God.