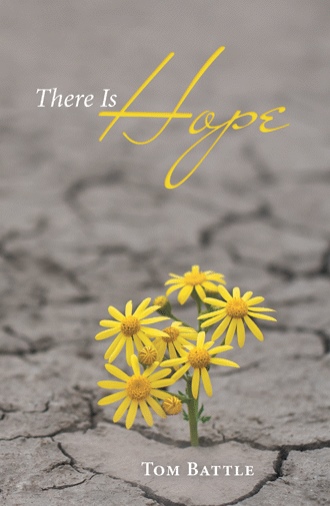 Many years ago, I entered the Woodlands Marathon. I had set a personal goal to complete a marathon race. I decided that I was not competing against the other runners. My objective was simply to finish the course of over twenty-six miles in five hours or less. At the starting line, I noticed that there were many runners who were younger and obviously in better shape than I was, but I refused to allow comparisons to discourage me. I was not competing against them but rather against the course.

As part of my training, I read a book on how to run a marathon, which stated that the biggest challenge would be the desire to quit at around the twenty-mile marker. The book referred to this challenge as the “twenty-mile wall.” The book was right. I hit the wall and wanted to quit, but as advised in the book, I kept putting one foot in front of the other. I was running slower, but I was still moving. Amazingly, by the end of the race, I found myself sprinting across the finish line. My time was slightly less than four hours, which was certainly nowhere near the winner’s time, but for me, it was a sweet victory.

All along the course, I noticed runners dropping out of the race, and there was always the temptation to join them, but I kept my mind on my personal goal to finish the race. God has set a life course for each of us, which is much like a marathon. If we don’t quit, we win! If we do not allow ourselves to be released from the promises of God, we will experience victories sweeter than we imagined!

God has given us a book, the Bible, on how to run the marathon of life. Listen to these words from Isaiah 40:31:

But those who wait on the LORD shall renew their strength; they shall mount up with wings like eagles, they shall run and not be weary, they shall walk and not faint.

The word wait in this verse could also be interpreted as “hope.” The Hebrew word used here for wait actually conveys the idea of “waiting hopefully.” As long as we do not lose our hope, we are still in the race. It is hope that keeps us from quitting when we hit the twenty-mile wall of life.

Recently, my wife and I spent a few days on Galveston Island. From the balcony of our hotel room, we observed pelicans and seagulls riding the currents of wind coming in off the ocean. Occasionally, some of the birds would land on the roof below us. When a bird was ready to fly off the roof, it would merely flap its wings a few times in order to catch the sea breeze. After catching the wind, all the bird had to do was adjust the position of its wings for direction. We were amazed as we watched these birds draw on the strength of the wind. All they really had to do in order to soar was to mount up. The wind did the rest.

Zechariah 4:6b states, “‘Not by might nor by power, but by My Spirit,’ says the LORD of hosts.” In other words, it’s not by any man’s might or power, but by the Spirit of God, that we really see God’s promises fulfilled in our lives. When our strength is depleted, His strength is still there. We just need to be ready to mount up when the wind of the Holy Spirit blows across the situations of our lives. It is the powerful breeze of His Spirit that provides the real strength needed to finish the race.

As believers, we can draw on the strength of the wind of the Holy Spirit! If we wait hopefully on His breeze, we will not be disappointed.

What is hope, and what do you mean when you say you have hope? Do you have a confident expectation when you hope for something, or has hope become just a new way to express doubt and unbelief in what could be possible? Most of the time in our society—and sometimes even in the church—we hear the word hope used in a weak, doubtful way. So what must we do to have hope become born again in our vocabularies?

In There Is Hope, author and minister Tom Battle offers a way to restore hope’s true meaning, using a biblical perspective to explain how hope is not merely a weaker form of faith. Instead, believers can learn how hope is the powerful partner of faith. Hope can be the anchor of our souls, and as we wait on the Lord, it is our hope that unlocks the key to the future—resurrection and eternity with Christ. Hope is the spiritual compass that points the believer in the right direction.

It is time for the word hope to be born again in the vocabulary of each and every believer. Be encouraged! There is hope for the hopeless, and when a weakened hope based on circumstances and the world fades away, real Bible-based hope will still be there to show you the way to truth and salvation.

Tom Battle is a graduate of Georgia Tech (1969) and Lakewood Bible Institute (1988). While he held prominent positions with several oil companies during his business career, a supernatural conversion and deliverance from substance abuse led him to the full-time ministry. He and his wife were ordained in 1990 by Lakewood Church in Houston, Texas, where they served for a decade. During that time, they were mentored by Dr. John Osteen and traveled as evangelists and teachers. Along with their son Brandon, they founded The Lord’s Glory Church in Humble, Texas, in 1995. Tom is also the author of several Christian books.