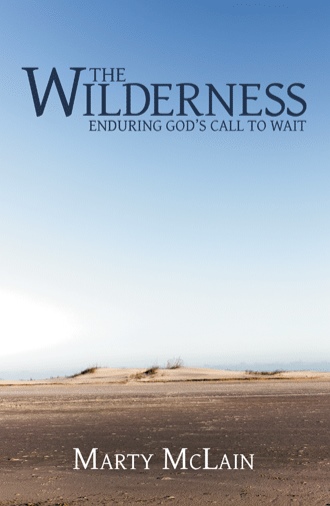 Tough and unpredictable times are hard to handle. When a man is separated from what he perceives to be his God-given purpose, he is headed for a definite wilderness experience. Separation from purpose is about as bad as it gets for a man.
How do you endure? How do you make it for an extended period of time? I’m glad you asked. This little book discusses three biblical characters who overcame an extended period of being cut off from what they had been told was their God-given purpose.
Each of these three guys was given a promise from God concerning their futures. Joseph had two dreams that one day he would rule over his family. The young shepherd boy, David, received word from the prophet Samuel that he would be the next king of Israel. The New Testament character Saul had an encounter with Jesus on the road to Damascus in which he was told that he would proclaim the name of Jesus before Gentiles, kings, and the children of Israel.
In each case the fulfillment of God’s word came through much conflict and waiting. The path to fulfillment was long and treacherous. It took incredible perseverance and the goodness of God for each one to see God’s promises come true. These men serve as our examples.
Maybe you can identify with Joseph. You do your best, but there is no chance for a promotion. All you can do is wait and remain faithful. Perhaps David is your hero, and like him you only fight to live another day. You aren’t really trying to get ahead; you’re just trying to survive. It could be that you are like Saul, who eventually became known as Paul. You labor away in obscurity while losing everything on which you built your life—wealth, family, and friends. You aren’t losing them because you are doing wrong; you are losing them because you are trying to do right.
Whichever example you identify with, it all comes to the same point. When you see no light at the end of the tunnel, your only hope is divine intervention.
Can you hold on? Can you do your best when there is no chance of promotion? Can you fight to live another day? Can you live in obscurity while all you have achieved in life is jerked out from under you?
I hope that you answered yes to all of these questions because with God’s strength you can do it. Sometimes it’s not about getting from point A to point B but about getting to know Jesus better. It’s about preparing for what God wants you to do. So, let’s delve into the lives of Joseph, David, and Paul and draw strength from their examples for the journey that God has you on. 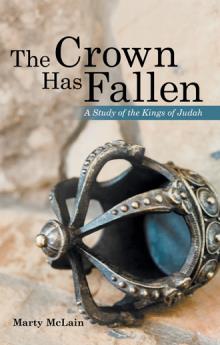 The Crown Has Fallen
Marty McLain
$11.95

Sometimes you find yourself in a place in life that is less than ideal. Maybe you are like Joseph and feel there’s no chance for promotion. Or you’re like David and are just trying to survive. Perhaps you feel like Paul, who labored away in obscurity and lost it all. For whatever reason you feel as though you are in a wilderness and you can’t seem to escape. At times like this, panic can set in and lead to choices that are less than what God has planned for your life. How do you avoid this? How do you endure?

In The Wilderness, author and pastor Mary McLain looks to the examples of three men in the Bible—Joseph, David, and Paul—who had to wait years to be able to do what God called them to do. Marty also speaks to his own past experiences in the ministry and his years spent in a spiritual wilderness. He shares how he struggled to endure in the season of life that seemed to bear no fruit—but he shows that with perseverance and trust in God, he was able to hold on and discover the path to fulfillment.

If you’ve ever struggled with the wait or found yourself lost in the wilderness, unsure of where to go next, God’s command is to endure. Be comforted to know that you are not alone, and some of the most powerful testimonies in the Bible came after a long period of waiting. You have not been forgotten.

Marty McLain has been in pastoral ministry for over twenty-five years, and he is currently the teaching pastor at Westhills Church in Villa Rica, Georgia. Marty holds a doctor of ministry degree from New Orleans Baptist Theological Seminary, and he lives with his wife, Stephanie, in Northwest Georgia. They have four children and one grandchild.