Revelations from Jesus Christ, the Word Made Flesh. 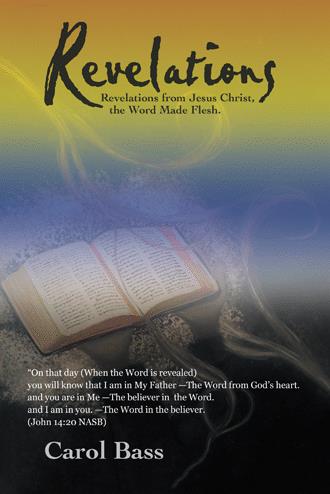 The revelations penned are written by a beloved who the Almighty, in His sovereignty, has metaphorically placed alone on an island in order to fulfill His call, in order to give expression to His unfolding Word, in order to express the Spirit’s revelation of conviction and judgment of the One whose name is Word of God, and in order to obey the call to go be a witness of His power over the dangers of snakes and scorpions of this day.

This book was written as a result of engaging the spiritual battle within and testifying of the battle which is fought in light of the victory that Jesus, the Lamb of God, gained by the sacrifice of His own holy flesh on the cross who now is the Peace, Truth, Righteousness, Salvation, Faith, and the victorious Word, whose victory is revealed in believer’s life by their response of faith and confession.

After we have done all that we can do, by knowing, by believing, and by proclaiming His Word then we stand against the evil nature within, and the evil nature without. We stand knowing that as we endure to the end of this fleshly influence, that we will see the salvation of our Lord. Each time the Word of God gains victory over the error that rules in our heart, the process of “Being saved and sanctified” advances. Each inch of ground gained in our heart by Truth confirms Christ’s victory over the liar’s error.

Our fight is a battle between good and evil, between deceiving lies and the revealing Truth. This existence in Christ is a battle against the principalities, powers, and rulers of darkness who influence the soul and the souls around who do not know what spirit they are of. This is battle between the flesh and spirit, a battle between the Church and the world, a battle between the confession of evil’s believed lies or God’s victorious Word who will rule eternity with an iron rod. My prayer for readers is to discern and battle their own way in light of Christ’s victory as a result of this witness, revelation, and sharing of the Truth which first brought victory to my life. Jesus has plundered the strongman’s house, so now we must go in and take his goods! 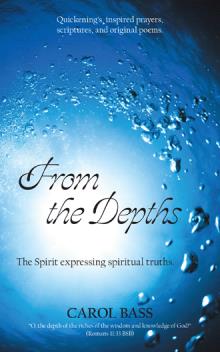 This devotion is a culmination of years of growth from private time spent daily in God’s presence allowing Jesus, the Word made flesh, to rule over the evil nature within, thus allowing the Word of God to be King and Lord.

His work began in 1989 as Carol poured her heart out, quietly journaling and giving expression to her feelings, while being alone with the Word. With pen in hand and blank paper waiting, she gained revelation about evil’s fleshly nature within, the principalities, powers, and rulers without, and about Jesus, the Word, Who is the Revealer of all Truth.

From the feelings in her heart, to the thoughts in her mind, to where the pen met the paper, she gained discernment. By expressing her heart in light of the Word of Truth, with the Word of Truth filtering her thoughts and prayers, she discerned her way, aligned her heart and mind with Truth, lived life according to the Truth, and then learned how to pray a right prayer according to the Truth.

Carol was born in Denton, Texas in 1962 then grew up in Ponder, Texas.
She has been married for 30 years and has three children.
She homeschooled her three children for nine years before moving to Katy, Texas and has now been blessed with two beautiful grand children.
Carol was miraculously filled with the Spirit 25 years ago after God led her husband to take his family to church.
One evening after putting her children to bed, she was alone in worship when God’s presence met her in a mighty way! She felt a stirring begin in her innermost being. She explains that it was the feeling one gets in their stomach when they go down a hill. The stirring stayed while increasing to such a degree that it literally felt like a fire in her inner being; like a fire shut up in her bones! This stirring fire was so intense that she wanted to say, “I cannot take it anymore!”, but dared not hinder the Spirit’s work and presence which lasted all night. Oh, the joy was unspeakable! She said, “The experience was such a tangible point of knowing for certain that God is very present and with me in Spirit!”

The first time Carol heard the Word of Lord speak to her was early one morning, upon awakening, she heard Him say, “Give me all of your cares.”
Her first revelation came early one morning upon awakening, again between the states of sleep and awake, maybe “in the Spirit, who knows”, God literally dropped this acronym in her spirit for “THE GOSPEL” True Humility Expressed, God’s Own Son Provided Eternal Life.
From then, her heart was tuned to the Spirit’s frequency.
Carol completed the curriculum for “License” level of ministry with Berean Bible College.
She held a certification in Fitness Training and Fitness Therapy with International Sports Science Association (ISSA). Carol has personally trained many clients and held fitness seminars in order share her conviction of stewardship of health for God’s people.
She has appeared on Daystar Television discussing “Discipline for Life”, a fitness ministry addressing the need for God’s people to be physically, mentally and spiritually disciplined.
This unction came to her as a result of the Word of the Lord, which came to her, “Many of My people are sick because they do not take care of themselves”.