I Am the Aleph-Tav

Unveiling Jesus in the Old Testament 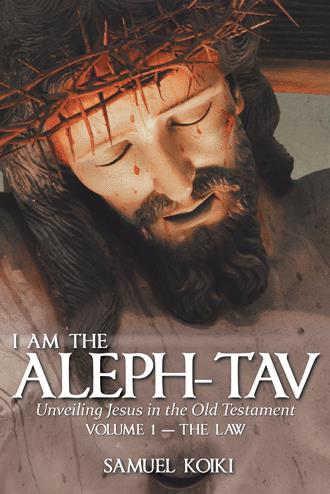 The Aleph-Tav is comprised of the first and last characters of the Hebrew language, just as the alpha and the omega are the first and last characters of the Greek language. The Aleph-Tav is also the Hebrew character symbol believed to be the signature of Christ found only in the Hebrew Bible, represented by the head of a bull and the sign of a cross. Both character symbols clearly point us to Christ, the Lamb of God who died for humanity on the cross of Calvary.

Was Jesus telling John that he was there all along when the universe was created in Genesis? Perhaps he was telling John that he indeed is the Creator. Was he the one who split the Red Sea, as told in Exodus? Was he the Passover lamb in Leviticus, the high priest in Numbers, the rock that brought forth water in Deuteronomy, or the commander of the Lords army in Judges? Was he telling John that he is on every page of the Old Testament, all the way to Malachi, where he is the Son of righteousness who brings healing? This book unlike any other will bless and enrich you abundantly . Sit back and embark on this incredible journey with me.

Samuel Koiki spent forty years in a spiritual wilderness before God took him on a faithful journey to turn his life around. Though Samuel was a Christian during this time in the wilderness, he felt lost and was stuck in a perpetual cycle of sin and repentance. But now with God’s guidance, he dedicated his life’s mission to helping others unveil the concealed Jesus in the Old Testament. He has spent the last seven years researching I AM the Aleph-Tav.