As Doves Fly in the Wind 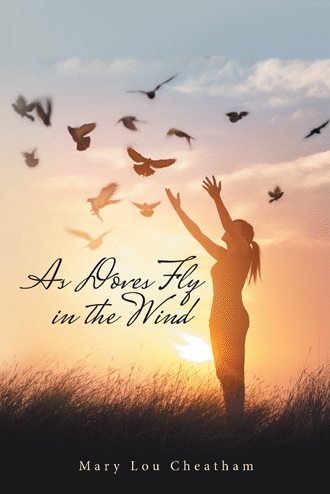 Jessica’s weekend guests surprised her by coming to breakfast bright and early. She served coffee and a breakfast casserole.

“We’ll go to church with you, but not Sunday school.” Tina reached for a second serving of the breakfast casserole. “Oh, this is divine. Shoot me an e-mail with the recipe, okay?”

Heath dabbed the corners of his mouth with his napkin. “I haven’t gone to church in five years. What a novel idea.”

Since Dale’s description of his life in prison, the little church had bustled. Chairs took up permanent residence at the ends of the pews in the wide inside aisle. When Tina spotted some seats on the front row, the others had no choice except to follow her.

Dale looked away while Jessica and her guests found seats, although Heath, in his pin-striped suit and shirt open at the neck, was someone to look at. He was tall, maybe six feet four, and he had eye-catching broad shoulders. His blond hair was blown dry to perfection and looked as though he colored it. His intelligent green eyes must have caught the attention of all who looked his way. He had a cleft chin and prominent cheek bones. His nose was that of an aristocrat, and his skin had a soft, smooth appearance. On his right hand, he flashed a large emerald with diamonds. His Italian shoes must have cost more than Dale made in a month. And who didn’t notice his beautiful sheer silk socks?

While it was clear that Heath found Jessica, a simple woman in a red sweater and black skirt, unattractive, she found him insufferable.

Jessica doubted that Dale from his vantage point could pick up any clues that she and Heath abhorred sitting side by side. Heath had the chair in the aisle, and Jessica sat beside him. Tina and Cliff sat next to her
.
Heath shared a hymnal with her and sang lustily, although it was obvious that he didn’t know most of the hymns, and he didn’t know the contemporary praise choruses mixed in.

The little microphone he usually wore on his lapel must have quit working. He used one attached to a cord. He probably told the deacons he could manage fine with it until there was money in the budget to replace the other one. He was succeeding, but on his way back to the pulpit, he turned his eyes toward Jessica.

Not paying attention to where he stepped, he tripped over Heath’s shoes, which must have been size fourteen. Trying to extricate himself from the man’s feet, Dale pirouetted cocooning himself with the electrical cord.

He grabbed the rickety table on his way to the floor. The candles tipped over. Tina leaped frantically to blow them out. She slapped the burning papers with her hand.

When the table fell apart, the large overfilled vase of flowers catapulted into Heath’s lap. Water splashed everywhere. Dale skated on the wet floor. Cliff and Jessica grabbed for anything to blot the mess.

The ushers sprang back to the front. One slid on the wet floor and fell into Heath’s lap, already filled with wet flowers.

Shaking like an old dog, Dale returned to his place behind the lectern. “We would like to welcome our visitors today. Also, I’m thankful no one was electrocuted. Maybe we should pull the plug.”

With no microphone, he preached loud on his own power. 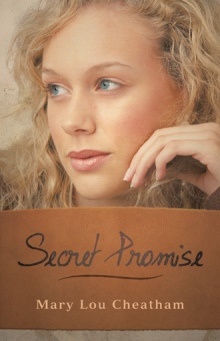 Jessica Boudreaux Hays, a retired music professor, has recently moved to Rousseauville to open a bed and breakfast in her grandparents’ house. An attractive and talented fifty-five-year-old widow, Jessica loves to cook, entertain, and play the piano. Her life is filled with problems. Emmie, her younger sister who lives with her, cannot be left alone. The sisters recently lost their parents in an automobile accident. The residents of the village are charitable but superstitious. For some mysterious reason, they refuse to go near her or the bed and breakfast. Another frustration in Jessica’s life is her cyber romance with a mysterious stranger.

Dale Bonnier, a fifty-five-year-old widower, pastors two small churches in rural south Louisiana. He inspires the people in Rousseauville with his compelling sermons. He is considerate and approachable but at times disorganized and impetuous. His parishioners, especially Jessica, find his preaching inspiring.

Dale has a recurring problem with his past. In the 1980s, when he was an intense young man, he destroyed his home and family as he sought to satisfy his cravings for illicit drugs. Thirty years have passed. God has forgiven him, but the past has left indelible scars. Can Dale forgive himself? He cannot turn his past around, but he hopes it will be used to influence and inspire others.

Jessica tries to start over in Rousseauville, but she encounters unpredicted stormy times. Can she find acceptance? Will she ever find a man she can love and trust?

Mary Lou Cheatham (Mary Cooke) spent her childhood on a farm in south Mississippi between Taylorsville and Hot Coffee. Now she lives in Shreveport, Louisiana, with her husband, two talking cats, and three chiming antique clocks. Long ago she taught English, and not so long ago, she retired from her career as a registered nurse. She loves to write fiction.