What Should I Do?

A Verse-by-Verse Study on the Book of Proverbs 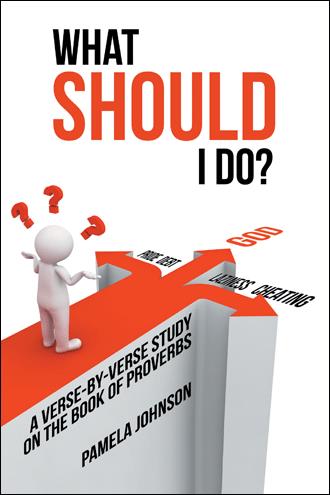 We all have ways of handling situations. No matter what the situation is. It could be relationships, finances or anything. You can handle them wrongly or you can handle them correctly. This study is not to give my opinion on how to handle things, I’m going to let you think about it and see what the Bible says about it.

Hopefully this study will make the Bible practical and not “super-spiritual”. Although it’ll be practical, we are going to use the Bible. So, go get your Bible, dust it off if you haven’t taken it out and let’s get going. We’re going to go chapter by chapter so it won’t be “all over the place”. So if you haven’t opened up a Bible, open it to the Table of Contents and find Proverbs. You can use whatever translation that you feel you can understand. I’m going to use the Contemporary English Version (CEV). This version uses everyday language. At times, I may use the Amplified Version (AMP) because it amplifies and explains it even more. 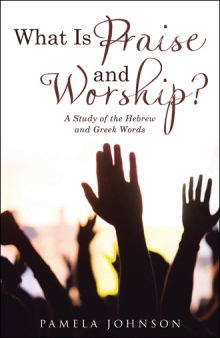 What Is Praise and Worship?
Pamela Johnson
$9.95

Do you need some wisdom? Do you want to know how to handle everyday situations that come your way? Is there a way to handle your finances, friends, family, employer, coworkers, etc.? Then this book is for you! This book will go verse by verse through the book of Proverbs. It will make it practical so anyone can understand.

At the age of fifteen, Pamela Johnson asked Jesus into her heart. It took place at Fellowship Chapel, which was a Brethren in Christ church. She continued attending Fellowship Chapel, and that’s where the foundations of faith were instilled in her.

Johnson attended two other churches after she moved away from NYC. Both churches, Redeeming Love Christian Center (RLCC) and Christ Sent Ministries (CSM), were instrumental in developing her desire to truly study the Word of God. At CSM, she led praise and worship times, and she began the sign language ministry, which ministered songs in sign language. Presently, she attends Christ Centered Ministries (CCM), which is located in Congers, New York. She’s the leader of the Hands in Praise Ministry, which is a sign language ministry. She also works in the audio ministry as well as the offering ministry, exalting the congregation to give unto the Lord. Johnson developed the idea of this book while attending CSM. She started studying the book of Proverbs and felt it would be good for those who are new to the faith to begin learning about wisdom. She knew that using the King James Version would be difficult for new believers to truly understand. Therefore, she decided to do the study using the Contemporary English Version, which uses everyday language. The book was completed during her time at CCM.

Hopefully, those who read this book will begin to understand how to walk wisely on this earth and also learn that they don’t have to be super spiritual to be wise. They can and should be practical.