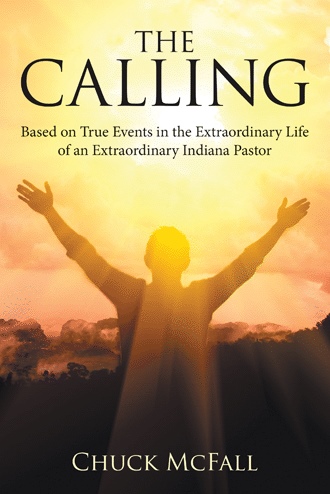 Why This Man’s Life Was a "Calling", Not Just a "Career"

During his life's work in the church, Dr. McFall (called “Mac” by most who knew him) had seen a broad sampling of occurrences that can affect the human condition. He watched a man of the cloth deal with killing another human being. Yet, he helped that man achieve redemption and return to ministry as a fully forgiven, healed, and even more effective pastor.

He saw his own son lie near death, after all the tools of modern medicine had proven helpless in their efforts to save him. Yet, his son survived, and even thrived—as did many others that he helped whose lives also hung in the balance. Mac knew that their survival was assisted by the divine intervention of the only remaining healer to whom he, and these grieving family members, could turn.

He witnessed firsthand, another minister’s large, successful, and thriving church brought to its knees by scandal. Yet, through Dr. McFall’s able leadership, that church was able to resurrect itself, and “rise from the ashes” like the Phoenix—resuming its role as a leading church in the worldwide Christian movement.

He was the personal minister to a great writer who committed suicide in the prime of his life and at the peak of his creative success. Yet, that man's legacy achieved "eternal life" through his professorship, his literary genius and the crowning achievement of his published work—the best-seller, "Raintree County".

He met and conversed with a future President of the United States (JFK) and recognized some of the qualities that made that man the special world leader he turned out to be. And he helped a mother whose son had died tragically by his own hand. He gave her life hope and a newfound purpose, encouraging her to build a lasting legacy to her son that saved others from falling victim to the same fate that had taken her child from her.

He saw the many triumphs and tragedies in the lives of numerous people, some famous, most just ordinary folk. He helped them overcome extreme obstacles, he healed their hurts and pains. He assisted them in finding redemption from guilt, in conquering their addictions, in finding peace. He helped them achieve happiness from sadness, health from sickness, joy from sorrow, love from hate. He learned to rely on the assurance that God would grant him the wisdom to do exactly what was needed, to say the right words, to provide the proper counsel or say the needed prayer of comfort at exactly the right moment. And that assurance—which he attributed, accurately, to God's grace—became a key tenet of his ministry. Dr. Mac knew that these insights didn't originate with him but from his heavenly father who walked with him each day throughout his ministry.

Mac also realized that his calling offered the unique opportunity to influence many people's lives in a special, privileged way. It was not from afar, but "up close and personal". Because of that, he was able to witness the full "cycle of life" for many of his parishioners and their families.

For example, he was often one of the first to cradle a newborn baby—in the hospital as he visited the proud parents. He was the person who sanctified each new child’s entry into the Christian community through the sacrament of holy baptism. He gave their commencement addresses when they graduated from high school, then from college. He consecrated their commitment to their spouse in holy matrimony, then christened their children, in turn. He shared in their joys and triumphs, held their hands and prayed with them when they were lonely, tired, sick, fearful and infirm, and he did this throughout their lives. And, at the end of their lives, his was often the last hand people held as Mac consecrated their journey from this world into the next. All these experiences allowed him to see the fruits of his labors through the resulting changes in people's lives. He walked with them through the growth in their faith, and he could observe the influence he and his fellow ministers had on each person as they pursued their dreams. To Dr. Mac, this "calling" was truly a blessing and a gift. He felt it an honor to function as a modern disciple, serving his God and his congregation as best he could. And he appreciated the "Amazing Grace" that accompanied this life-quest.


Having searched for, and discovered that Grace for himself, he was, in his ministry, searching for ways to help others find that same blessed mercy for themselves. Mac came to realize at some point in his calling that the common theme to his ministry was that he was sort of a “spiritual guide". He helped his parishioners through times when they had been laid low and didn't know where else to turn. In those situations, he tried to lead them to God, and, with God's help, Mac showed them the way out of their troubles into a happier, healthier Christian existence. And it was not just a momentary, temporal help. He wanted to show them how to deal with future incidences of being lost by relying on their own personal relationship with their Heavenly Father. After their spiritual encounters with Mac, many were able to experience God as their constant companion, walking by their side for the rest of their lives.

Mark Twain once said: “The two most important days in your life are the day you are born and the day you find out WHY” ……. Mac was one of the lucky ones who found out the “WHY” of his life on this earth—to the glory of God and to the benefit of those he served.

Like the fictional Forrest Gump, my father, Dr. Merrill B. McFall—in his real life—encountered many people who inspired him and whose lives he inspired in return. Some were well known—names like John F. Kennedy, John Dillinger, Louie Zamperini (subject of the book and movie Unbroken), Ross Lockridge Jr. (author of the great American novel Raintree County), Methodist bishop Richard Raines, psychologist B. F. Skinner, sexologist Alfred Kinsey (of the Kinsey Institute at Indiana University), Herman Wells (past president of Indiana University), and the Honorable Lee Hamilton (former congressman and Medal of Freedom recipient from President Barack Obama), among others.

This is a book about the human triumph of finding redemption through God's healing grace. It is based on the promise of the abundant Christian life, all fueled by the power of faith and channeled through one minister's devotion to his flock and to his beloved congregation.

The book begins at my father's visitation service after his death. It is structured as a series of flashback memories recounted as people kneel beside his open casket. These are inspirational stories, rich with examples of this unique minister's influence on each person's life. Every chapter ends by extracting the insights my father gained from these experiences, summarized in the key points of a sermon, drawn from each episode.

It is written in the hope that people of faith—and those just seeking spiritual guidance—can gain insights for improving their own lives, based on the moving examples of how others have done so in theirs.

But above all, this is the story of one man's calling to the ministry. It recounts his resistance to the gravitational pull of that calling—a summons that eventually drew him into its divine orbit and changed his life and the lives of those he encountered forever.

Chuck McFall, grew up in the church, the son of a Methodist minister. He also served as a Lay Pastor of two rural churches while earning his MBA at Indiana University. In his business career, he has been a marketing executive, an entrepreneur—owning two different companies—and, finally, President and CEO of his own marketing consulting firm. In addition, he served as adjunct professor in the MBA program at the University of St. Thomas in Minneapolis, Minnesota. He also authored a by-lined column on product development and product marketing, published in the Bank Administration Institute’s monthly newsletter, titled “Products, Markets and Technology”. Through his consulting practice he has consulted with over 50 client companies in the US, and all over the world. He is recognized for his accomplishments in the Worldwide Edition of Who’s Who for CEO’s, Professionals and Entrepreneurs.