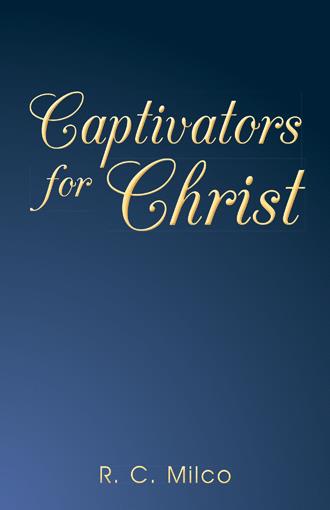 The most distressing place to stand? Undoubtedly the scale at the doctor's office would rank topmost. While I no longer experience quite the “fun house” effect of staring at the mirror with my physical eyes while mentally reading a completely warped image, residue occasionally surfaces, and that brings with it remembrances of a season in which I, definitively unregenerate, was masking my prideful endeavors to atone for my own iniquity.
Triggered by a friend’s talk of engagement just on the precipice of our entering college, the descent into food restriction came amidst the sudden shock that, at age seventeen, I could reside in a state so hideously unprepared for marriage. I was longing desperately for the kind of vulnerable, transparent union of which my friend spoke, yet recoiling equally at the thought of being discovered as an unworthy mess of a sinner. I had heard grace preached. Every Saturday before the message was delivered from the pulpit, I overheard the preview of my father’s sermon as he finalized the wording. Yet the veracity of Christ’s merit rang hollow in my disbelieving soul.
Proudly convinced of my exceptionality, I surmised that the scope of my sinfulness exceeded God’s capacity to pardon so I would take matters into my own hands. The days I spent reveling in the laborious toil of self-punishment persisted as I took twisted delight in hearing my stomach roil over the mere scent of a facial soap; as I playfully observed my wrist watch, on its tightest setting, nearly slide down to my elbow; as I mentally noted the number of ribs I could count while looking in the mirror. The deprivation was accomplishing both the chastisement I believed necessary, and the unexpected bonus of an amazing rush of control.
After my first semester of college wore down, and my body along with it, my parents took the initiative to opt me out of the college scene for a medical leave. My stubbornness then bore out in full tenacity, complete with a host of deceptions that aimed to veil my true motives, my actual eating habits, and the inner turmoil. What disillusionment to realize that "an apple a day" did very little to keep the doctor away. Instead the old saying incited a flurry of visits. The doctor’s scale, as well as the scale at home, became to me an indicator of my worth. Actually, it was a measure in my own eyes of how close I was to rendering myself loveable. Every direction toward loss I counted a small goal gained, although I began to perceive how the next five pounds was never enough. By the time medical tests had revealed that my body had gone the more extreme route of metabolizing my brain for survival, I landed on a hospital bed, awash in shame.
As I sat in a loathsome hospital gown alongside my mother, crumpled by the weight of my vigorous efforts blown up in my face, the words that came forth were of sheer confession and horrid unbelief. With my wrists held forth and my spirit provoked within me, I cried out, “The nails should have gone through these!” Without denying the truth of my grieved appraisal, she avowed to the reality of Christ’s unconditional love as a Rescuer: “He would have come, were you the only person on this earth.” Suddenly I was shattered by the weight of His mercy, freely given. How could this God, who knew my every sin, offer with such personal and tender deliverance (Rom. 2:4) a sacrifice so defiant of any repayment (Rom. 11:34-35)? His truth nourished my lie-ravaged soul.
As one gospel primer words it with succinct tones of awe:


God … allowed His future and present wrath against me to be completely propitiated by Jesus, who bore it upon Himself while on the cross. Consequently, God now has only love, compassion, and deepest affection for me, and this love is without any admixture of wrath whatsoever …

I don’t deserve any of this, even on my best day; but this is my salvation…

The year following was fraught with battling the “old” will. Each thought, "taken captive to the obedience of Christ" (2 Cor. 10:5), had to be re-calibrated with Scripture’s pronouncements. Every decision to avoid the unhealthy patterns, even as I recovered physiologically from the nutrient depletion, was an hour-by-hour engagement.
Even two decades later, the residual effects remain, sometimes with a subtle reintroduction of a warped report from the mirror that prods me to detect my rising doubts over the longevity and authenticity of God’s inundating, enduring pardon. There are days as well, when I anticipate stepping onto the doctor’s scale, in which mild trepidation arises, not because I fear there will be a resurgence of that former “death wish” (thankfully, God wrought the demise of that volition) but because the undercurrent of deception still finds room to occasionally taunt the truth my regenerate being is slow to grasp.
Yet in spite of any physical place where my feet may stand, the Source of my acceptance is firm and unrelenting [Rom. 15:7; cf Ps. 49:15; 2 Cor. 6:17-18]. Christ’s offering of Himself is the replete atonement that cleanses our conscience from dead works (Heb. 9:14). In His infinitely compassionate reclamation, our Lord has dealt with utter mercy toward the very ones who had trampled His priceless worth.

It was for freedom that Christ set us free;
therefore keep standing firm
and do not be subject again to a yoke of slavery.

The impossibility of forgiving another as we have been forgiven was intended to drive us to our knees. When our lives are shredded in the proclamation of Him who pardoned the undeserving, we are propelled into the only Refuge we have—the Redeemer who bought us back from the dead and now enables us to serve in His style of ministry.

From where do our reserves come when expenditures are daunting? Where do we find strength to persevere? And how are we to not lose heart when, longing to see others captivated by the Lord’s love, we fail to witness any fruitfulness in the long-suffering?

Through the Biblical meditations offered in Captivators for Christ, the reader is invited to contemplate the cross—where all of the forfeitures and losses of extending forgiveness are eclipsed by the lavish and matchless love of God, our Rescuer.

While not a writer by training, Rebecca has spent countless hours decoding second grade script and untangling third grade run-ons, both of which make her nearly qualified to be an author. Her prayer in publishing this collection of essays is that Christians would be incited to a new love for the One who set them free from the untenable burden of sin, and be reinvigorated to spread the fame and faithful love of Him who is the Captivator of men’s souls.