Tears on the Church House Floor 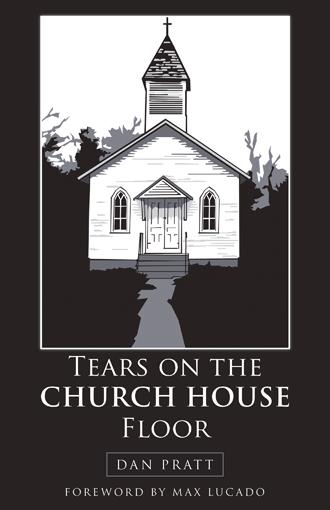 If you have read this far in our story, then you have asked the same question. Where is God? We are not alone in asking this question. The Psalmist did as well.

Give ear to my words, O Lord, consider my sighing. Listen to my cry for help, My King and my God, for to you I pray. In the morning, O Lord, you hear my voice; in the morning I lay my request before you and wait in expectation. (Psalm 5:1–3 NIV)

In the morning, I would lay down my request for security before God and wait in expectation. Mama prayed too. The next morning, she went to find us an affordable place to live. She found a three-room apartment in a duplex on Fifth Avenue East. In small-town vernacular, it was on the wrong side of the tracks.

The solving of the problem of where to live led to another. How does a divorced woman with little money and no immediate family nearby move the furniture? Mama went to see the elders at the Main Street Church of Christ in Springfield, Tennessee, and presented them with the problem.

The next day God showed up wearing bib overalls and driving a pickup truck. The Main Street Church became the hands of Christ. The expectant prayer puts into play forces we cannot see and makes the invisible God become visible. There is a principle that flavors each chapter of this book, and that is that you cannot see what God is doing until you see what God has done. Need to move a mountain? Then with faith as small as a mustard seed, pray and God will show up. He may even be wearing bib overalls and driving a pickup truck.

The duplex on Fifth Avenue represented less of everything. There was less money. There were fewer friends at playtime. There was less space, as we all slept in the same room. There was less of my father. When he did visit at random and unpredictable times, he never stayed long enough to have a positive impact. His departure would be as abrupt as his arrival, always leaving a void in my heart. The one thing we had more of was the company waiting for us in the duplex. When the lights went out, the rats would explore the kitchen for food. My sister and I would set a trap and turn out the lights and wait. The trap would snap, and we would celebrate without realizing the desperation of our situation.

I began to pray more and more. My deeper prayer was that my Father in heaven was not a pop-in father who stopped by when it was convenient for him and not when I needed him. I prayed that God would make a way for my father to return home, to free him from the grip of the evil one. For most of my Christian life, I have prayed for God to alter circumstance. I always showed up with a list of things I wanted or things I want God to change, and this time was no different.

There were not many friends to play with on Fifth Avenue, so I spent most of my time riding my bicycle in the parking lot of Jesse Holman and Jones Hospital. The hospital was located on Brown Street, and across the street there was a large white frame house. There were two huge maple trees in the front yard that laid down a cool blanket of shade below. There were three clusters of metal yard chairs where the adults would fellowship. Darting about the three clusters were dozens of children. My family had disintegrated, but this family was vibrant. There was the constant motion of the children, and every now and then a belly laugh would rise up from one of the yard chair clusters.

One summer evening before dark, I was riding my bicycle in the hospital parking lot. I stopped riding and sat watching the family across the street. Oh how I longed to be part of a family like theirs. I prayed that evening to belong to a family just like the one on Brown Street. In His time, God answered my prayer. He did not find me a family like the one I longed for. He arranged for me to join the family on Brown Street. When I prayed, I did not know that one of those ten-year-old girls playing in the front yard was Nancy Walling, and God had a plan for us.

Twelve years later on December 18, 1976, I stood at the front of Hopewell Baptist Church waiting for Nancy Walling to become my bride. My father stood beside me as my best man. A year after my hospital parking lot prayer, my father returned home, and we became a whole family again. Satan had enticed him to divide the family, but God opened doors that allowed him to return. He let God free him from the grip of the evil one.

I have pondered God deeply every day since I began my journey with him in the third grade. As I write these words some fifty-five years later, I have never found him to be a pop-in father, but constantly with me and always good.

Do you ever cry out for God’s attention? Like the blind man who called out for Jesus’s healing, have you ever hoped for a miracle if only you could get God’s attention, hoping that he might turn your way and send you relief from life’s burdens? But what happens when we call out to God and hear no answer or receive no miracle? Has God passed us by, or are we missing something else with our blindness?

In Tears on the Church House Floor, author Dan Pratt shares a deeply personal story about the grief that he and his family experienced in a traumatic year of their lives, losing a grandson, a mother, and beloved pet. But more than that, it is a story of the incredible God who did not just stop and turn to aid them in a moment; rather, God wove himself into their lives over a fifty-year period to prepare this family for a season of grief.

Your tears matter to God. Each tear is collected by his Holy Spirit because he values you and will not leave you alone in your sorrows. While we may not see the whole story at each step in the journey, there is a coming day when we will see clearly all that God has done in our lives.

Dan Pratt is a husband, father, and grandfather, and he and wife, Nancy, have been married for forty-one years; together they have two sons and two grandsons. Dan has a bachelor of science in civil engineering and master of science in engineering management from the University of Tennessee, and he has been in the heavy industrial engineering and construction business for over forty years, building industrial plants in the United States and abroad. Dan has also served in church leadership for over thirty years, teaching Bible classes to both children and adults at Oak Hills Church in San Antonio, Texas, where he serves as an elder.