You Can Be Anything You Want to Be! 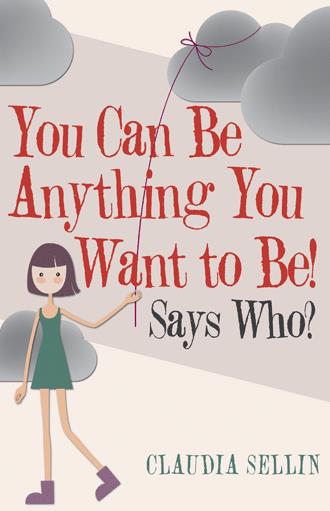 OF IV’S AND SEARCH LIGHTS

One of life’s more intimately chilling moments has to be that of the mid-life colonoscopy that everyone has to undergo at least once before they die. I felt that, following the horse riding incident, this would be an appropriate follow up, if only to parallel the similarity of pleasure between it and being dragged by a horse. Chewing glass would be a good alternative.

When it was my turn, my doctor suggested I have one as a precautionary measure to make sure there were no nasty foreign objects developing in my inner regions, such as a tiny growth already in progress, or possibly, a small, tube-like lake creature with tentacles that had taken up squatter’s rights after a lifetime of swimming in Big Stone Lake (my words, not his).

I went in to the clinic following a long night of Go Easy cocktails, no appetizers, so I was hungry and drained (this being said with absolutely no pun intended). Babs Bloodletter, the RN in charge of my IV tubing, was attempting, (again I am not making this up), for a sixth (6th) time without success, to connect me to an IV on the back of my hand. Apparently, she was not instructed on the importance of finding a vein before inserting the needle. The next thing I knew, I was waking up to a roomful of questioning eyes looking at me; I suddenly knew how Dorothy felt when she came back from Oz. I was connected to the IV, but I don’t remember where on my body it finally ended up. Embarrassing as it was, I was grateful that I had such a captive, medically equipped audience to witness the event - six nurses and one doctor. Doctor Decorum asked if I was ok (why do they ask that? When I die, will they ask it then, too?) and did I want to go through with the procedure. I gathered what strength remained in my weakened state and faintly explained that yes, I did, because I wasn’t going through another 16 hour evening of fasting and flushing after ingesting a gallon of tasteless, highly non filling yet extremely efficient Go Easy over a five hour period. It cannot be said that the medical community doesn’t have a sense of humor.

“Thank you, but as much as I enjoyed the entertainment and refreshments, I don’t care to come back for another visit”.

I don’t remember much after that, as the IV fluid had kicked in and I didn’t particularly care where or what he was probing at that point. I vaguely remember seeing something on a TV screen that, apparently, was part of me I didn’t find particularly attractive; for a slight moment I was sure I was spelunking. Getting in touch with my inner self suddenly didn’t have much appeal. Had he found someone in there smiling at him during his jaunt through my colon, then I’m sure the follow-up conversation would have been very enlightening.

I was grateful to find out that all was well, but really, I don’t see the point of having to pay for a drug induced nap that started out as an experiment in voodoo.

Being a fan of humorist and author Erma Bombeck and enjoying her take on life, the author has brought her own style and insight to everyday situations and life moments, from a Baby Boomer’s perspective For example, do you feel invaded by a doctor prescribed colonoscopy? Does exercise, in general, make you feel there has to be a better way to lose weight and feel good? Does dealing with people sometimes leave you feeling like chewing glass would be less grating? Or that, being dragged by a horse could certainly give you a new appreciation for life in general? Do others’ opinions leave you feeling incompetent as to what you want to do with your life? And if death or divorce enters the stage, do you feel divided, dissected and defeated? These, and more of life’s little surprises, along with original poetry born from some of those experiences and observations, await you in You Can Be Anything You Want To Be!...Says Who?

The author is a result of post WWII, better known as the Baby Boomer generation. She grew up in a small Minnesota town during the 50’s and 60’s, graduating from high school in 1971 and then enrolled in college (not to be confused with attending) for three years.