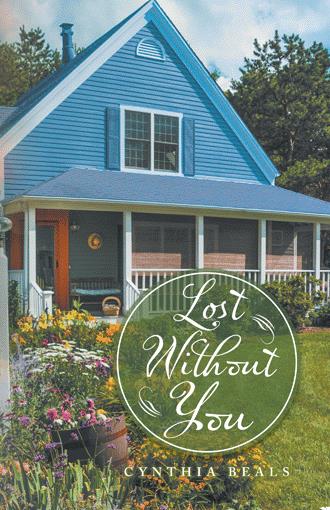 Deborah shuffled into her kitchen. The blinds were drawn down against the early morning light, leaving the kitchen dark. Elijah, her Golden Retriever, nudged Deborah’s leg as she opened the pantry door. “Hang on, Elijah. Your food is coming.” Bending over, Deborah reached into the large bag of Purina Dog Chow and scooped out a large amount and filled the ceramic dog dish next to the back slider. “There you go.” Elijah responded by going to the bowl and gobbling the food down. Deborah shook her head as she headed through the formal dining room into the front hall. Sleep had been elusive last night. She had tossed and turned, unable to get comfortable or to shake Nicole’s visit. When she finally did manage to fall asleep, she was plagued with dreams that she did not remember when she woke up. She just remembered feeling a terrible, deep sense of loss. Reaching the front door, Deborah opened it. She sighed as she saw that the paperboy had once again missed the front porch and thrown the paper next to the sidewalk. Pulling her bathrobe tighter around her, she stepped down the stairs and bent over to retrieve the Daily News. She didn’t know why she still got the paper. There was never anything in it she wanted to read. Lee was the one who liked to sit and read the paper every morning with his coffee. A deep heaviness settled on her at the thought of her husband. Picking up the paper, Deborah turned to go back up the steps. As she reached the top step, she felt a pain rip through her head. It only worsened as she made her way to the door, making her feel disoriented. She grabbed hold of the door jam, trying to stay on her feet. Fear gripped her as she tried to focus on getting inside. She needed to get to the phone in the living room. Something wasn’t right. Taking a few uncertain steps, she made it only as far as the middle of the hall before she collapsed with a heavy thud on the floor. ***** The sky had clouded up as Nicole drove from her motel to Deborah’s house. After she had hung up with Kathee, Nicole had prayed and then opened her Bible. She had found herself drawn to the Book of Ruth. Nicole had always been touched by Ruth’s devotion to her Mother-In-Law and her refusal to leave Naomi’s side. As she pulled up once more to Deborah’s house, Nicole threw up a prayer. “I’m not Ruth, Lord, but if you want me to be here then I’m here. I’ll leave the details to you.” Throwing her car door open, Nicole stepped out and walked once more up to the front door. She was half way there when she noticed the front door ajar. Alarm filled her and she hesitated for a brief second before hurrying to the door. She pushed the front door open as she rushed in. “Deborah!” she called out. She looked in and saw the older woman lying in a heap on the living room floor. Elijah sat at her head, whimpering quietly. Dropping her purse on the tiled entranceway floor, Nicole rushed to Deborah’s side. “Shhhh,” she whispered as she patted the Golden Retrievers head. Kneeling, she took Deborah’s wrist in her hand and felt for a pulse. She let out a soft breath of relief when she found a faint one. “What happened, boy?” Elijah answered with another whimper as he lay down at Deborah’s head, refusing to leave his mistresses side. “It’s okay boy. I’m going to get her some help.” Nicole made her way back to where she had dropped her purse. Opening it, she reached in and pulled her cell out. She punched in 911 as she made her way back to kneel next to Deborah. “911, what is your emergency?” “It’s my mother-in-law. I found her unconscious in her home.” Nicole gave the 911 operator the address and hit end on the phone with a reassurance that help was on the way. Leaning over Deborah, Nicole gently pushed her hair back out of her eyes. “It’s going to be okay, Deborah. Help’s on the way. Hang in there, okay?” Deborah let out a small moan. “Lee…” Nicole paused as she recognized what Deborah was saying. She had no idea where Marc’s dad, was or how to get hold of him. Leaning down, Nicole whispered in her ear. “You’re going to be okay Deborah. Do you hear me? Hang in there.”

Five years ago, Nicole Brennan made a mistake that affected not just her but those close to her. A year later, when she was at her lowest, someone helped her to see that she mattered and to find her way to a faith that she had for so long denied. Now, four years later, with a nursing degree under her belt, Nicole sets out to reconcile with her former mother-in-law, Deborah. When an angry, bitter woman answers the door and lashes out at her, delivering devastating news, Nicole leaves in tears but decides to make one more attempt to reach out to Deborah the next morning. She arrives and finds the front door ajar and the older woman collapsed on the floor from a stroke. After a two-week stay in the hospital, Deborah comes home—and Nicole stays to take care of her so that she can avoid going to a rehab facility. As they settle in to a new routine, Deborah realizes that she needs to let go of the bitterness in her heart if she wants to move forward. Forgiving Nicole is a big part of that, but can she do so? In this novel, a woman seeking forgiveness from her ex-mother-in-law becomes her caregiver following a stroke, changing both their lives forever.

Cynthia Beals has had a lifelong dream of writing and has submitted short stories to various magazines and contests over the years. This is her debut novel. Besides writing, she enjoys reading, quilting, kayaking, walking, and camping. She and her husband live in Belding, Michigan.