The Beginning Starts at the End 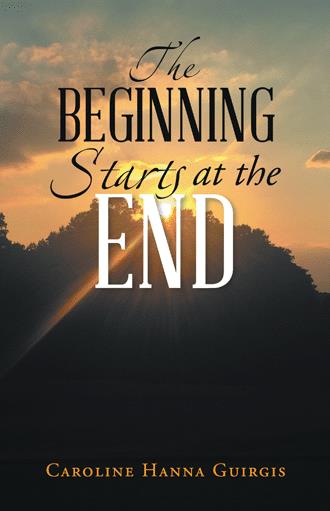 It would have been a great read. I wanted to write a book in 2001 after returning from my first missionary trip to Africa. I was inspired by the people I traveled with and the philanthropy work we did. I witnessed faith, hope and love in action. No matter how hopeless their lives appeared the Kenyans possessed unwavering faith and joy beyond reason. But the experience which prompted me to write was an encounter I had with God while sitting by Lake Victoria. It was a brisk, cool morning and my missionary group was scheduled for devotions. I didn’t enjoy such quiet moments because I could not harness my thoughts, quiet my mind and reflect on bible verses. And I could never hear God speak to me or even feel His presence. While everyone appeared to be relishing the moment and savoring the presence of God, my erratic thoughts were my only companion and they were disruptive. That particular morning, I left everything I needed in my room - my blanket, journal, bible and pen. I basically had nothing with me so I watched the rest of my group reflect, meditate and pray. They looked peaceful and I envied their discipline. I tried to follow their example but was distracted by my judgments. I was not living up to biblical morals and standards so this caused a rift between God and me in my mind and heart. My view of God was through the eyes of religion. Since I wasn’t living a true “Christian” life, I was certain God was angry at me. I sat silently, reflected on the beauty of nature before me and began to wonder about God. I could not speak words but my heart was longing to feel His presence though I felt impure and unworthy. I fought to channel my thoughts, appease my mind and rest but I was struggling to overcome the battles in my mind. Because of the cool temperature, I began to shiver uncontrollably and did not want to interrupt anyone’s quiet time so I hesitated to ask for a blanket. Then something strange occurred, so bear with me as I try to describe it in words. Seriously, there are no words to accurately describe what I felt in that brief moment. Suddenly, warmth embraced me and I was no longer shivering, my heart settled and my thoughts dispersed. Unfathomable peace filled my heart and I immediately calmed down. I was speechless, my mouth opened but no words were spoken. I looked around to see if someone wrapped a blanket around me but no one was near me. I knew at that instant I encountered God and it was breath-taking but I did not fully grasp it. I could not comprehend what I experienced. Though my religious background obstructed my view of God and His love for me, I could not wait to write a book and communicate this experience. Even if I didn’t believe or understand it, I wanted to encourage others to believe in God, and tell them He does exist. Had I written that book, you would be reading a fairy tale and not truth. The encounter was real but my heart was not ready for transparency. The book would have been warped with my own judgments and obscure perspective of God and religion. Despite that beautiful moment, I was too guarded and proud to expose my inner struggles and was not ready to be vulnerable and honest. Though I will never forget that lovely morning at Lake Victoria, I later experienced God more intimately through a series of intense trials and insurmountable struggles. I never expected to write about a tragedy which left me in great despair. Therefore, the composition of this book has been a long, tiresome journey but one that has been life changing.

This book is about hope shining through darkness. It unfolds the story of one of the most influential men in my life, my brother John. From a drug addict to a pastor, John Hanna lived a life of true hope. He overcame his addiction through the Gospel of Jesus Christ. Being released from his bondage unleashed a renewed man. He was not ashamed of his past because he knew it was part of God’s plan. He was not afraid to be weak because he knew the weary were strengthened. He never cowered from sharing his story because he knew people would be encouraged and God would be glorified. Through his journey, John taught me religion, independent of a personal relationship with Jesus Christ, was a life devoid of hope. In the face of religion, John identified his addiction as sin but through a personal relationship with Jesus Christ the grace of God met him in the dark valley and transformed him. John's redemption and restoration was impactful. It compelled me to share his story to encourage people to never lose hope. His voyage taught me no one was too far gone for God's reach. There was no stronghold, oppression, circumstance or suffering cannot be redeemed and restored. When he reached the end of himself, John knew it was the beginning of God working in his life. This sounded good when applied to my brother’s life and it was inspirational to write about it. I desperately wanted to believe this truth but when faced with life's toughest challenges, I almost lost hope. I felt alone, destitute and hopeless. How do I have hope in a hopeless situation? It took me twelve years to write this book because my hopelessness controlled me and left me in great despondency. The Beginning Starts at the End was originally written for addicts but it transformed me more than I expected. I thought I had faith, hope and love but learned I was merely a religious woman trying to be my own God. Imagine writing this book when you've lost hope in God, marriage, people, health and yourself. Just when I thought I reached the end, it was the beginning…

From a drug addict to a pastor, John Hanna lived a life of true hope. He overcame his addiction through the gospel of Jesus Christ. Being released from his bondage unleashed a renewed man. In The Beginning Starts at the End, author Caroline Guirgis, John’s sister, shares his story.

She tells how the grace of God redeemed John from the darkness of addiction and restored him into the light of Christ. The gospel of truth healed John and renewed him wholly. As a new creation, John expelled his lust for drugs and received the love of Christ. His love and compassion for people had no boundaries. He never judged or labeled a person because he understood the depth of their pain.

The Beginning Starts at the End chronicles the story of a man who came to the end of himself and found God. It narrates how John met people in their sufferings and gave them hope; he believed no one was too far gone for God’s reach. He was an ordinary man who became extraordinary through his tumultuous journey. John was the gift that kept on giving.

First time author Caroline Hanna Guirgis tackled her first life lesson when her seventh grade grammar teacher told her she would never write a complete sentence. Caroline was born in Egypt and her family immigrated to the United States when she was eighteen months old; Arabic was her primary language. Instead of commending Caroline for mastering two languages, her teacher punitively critiqued her writing and labeled her a failure. Caroline welcomed the challenge. Her first book is a testimony of her determination to defeat life’s struggles with triumph. When faced with tough life lessons, Caroline valued the blessings each one brought into her life. One of them is the book in your hand. Caroline currently lives in Fairfax, Virginia where she motivates people to thrive, survive and share their story.