A Simple Man’s Study of Esther 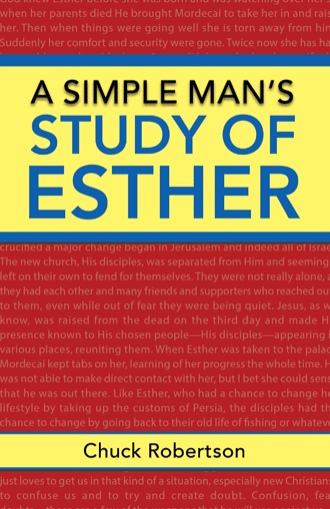 Wisely she begins at home, a place that will get the king's attention because it affects his personal interest. To say her life is in danger is to say that the king too is in danger and that he and his home are under attack. Now that she has his attention, she includes the whole of her people. Like Memucan in the first chapter, she has taken a situation out of the palace and spread it out into the kingdom. By doing that not only is the palace threatened, but the whole kingdom is threatened. Like Haman, she has not named her people. Can you see it? As she is speaking and asks for her life, the king is taking a drink of wine, and upon hearing it sprays it across the table coughing. Esther doesn't stop there but moves right on to the reason. She says they (not yet naming the Jews and giving away her nationality) have been sold, making reference to the money offered by Haman, and possibly taking a shot at Haman, letting him know that she is on to him, and then quotes the edict. She goes on, getting right to the heart of the matter, saying that she and her people are to be destroyed, killed, and annihilated. Right about now Haman, who was beginning to calm down, begins to get scared all over again. Heart beating and blood pressure rising, he can't believe what he is hearing. He hears the quote and suddenly the words spoken by his wife and friends start to echo in his mind. 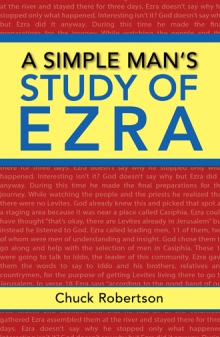 This book is a study of the Book of Esther in the Old Testament. It is written for the laymen, young and old. A Simple Man’s Study of Esther shows how God was working during the Persian Empire for his chosen people. We also see how he is working today for his chosen people. Esther was a young Jewish girl who became queen, and today, sinners become princes and princesses.

Chuck Robertson became a Christian while a senior in high school. A year or so after graduating he became involved with a youth ministry in his community. While working in this ministry he was drafted by the Selective Service to go into the army. Being a conscientious objector he went to work in No. California for the California Forestry. While there he became active in a church in the local town teaching the youth in the church and in other churches. When he returned home in So. California he drifted away from the Lord and his studies and ministry. Eventuality he rededicated his life to God and began his studies and teaching again.