Rejected: but not Rejected

Books for the Human Race 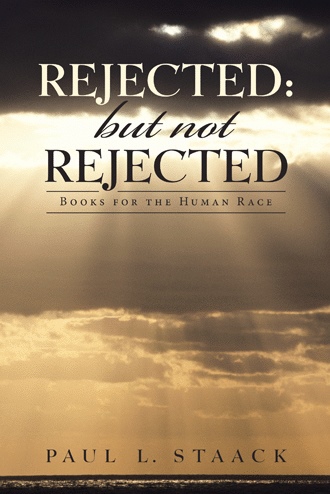 A famous saying informs us that there are two inevitable things we face in life—death and taxes. I would add one more “inevitable” to this list. We all have to face and deal with rejection.

For instance, when I was a child, it was quite proper for me to think, act, and speak like a child; but when I became an adult, I stopped functioning like a child. (1 Corinthians 13:11, The Heart of Paul)

Some of us continue to function like children because we are conducting our lives based on words spoken to us in childhood that still dominate the landscape of our subconscious minds.
We have surrendered our sovereignty as human beings by transferring our power of self-determination to the opinions of unqualified and unauthorized assessors of our value.
God is saying that it is time to put away childish things.

We all face rejection. How we respond to rejection is of the utmost importance. People have responded to rejection with resentment, retaliation, and revenge resulting in dire ramifications.

When we respond to rejection in the wrong way, we become dysfunctional and unstable resulting in unhealthy interpersonal relationships.

If I reject you I am taking action toward you. The word “reject” is a verb in this context.
I was rejected in my childhood and youth. I was also bullied—a form of rejection that has become part of the décor of our culture’s kitchen. I know that bullying can be carried to extremes and, in such cases, extreme action needs to be taken to protect the wellbeing of our children.
However, I believe that we are overreacting to bullying that is simply kids expressing their mean and selfish nature and tendencies to counteract their insecurities. We are breeding children who are easily offended and ultrasensitive. Those who are sensitive are easily upset. They are not being equipped to handle real-life situations.
My pastor was bullied and rejected in his childhood in the country of Trinidad. When he came home crying about his treatment, his mom asked him a question. “What is your name?” He responded with, “Oliver Randy Morrison.”
She said to him, “Don’t ever forget it.”
She was dealing with and knocking out his insecurities. She was inoculating him against the spirit of rejection by reminding him of his identity.

When we refuse to identify with the negative assessments of others, we are vaccinated against the disease of rejection.

When I was a child, my neighborhood was populated with bullies. In junior high school in the early 60’s, I was bullied by a guy. However, I didn’t need professional help and hours of therapy to straighten out my psyche. He just pushed me against the wall, threatened me, and it was over. (He was a guy who chewed tobacco in the 8th grade and he didn’t like it when I called him by his last name. I complied with his demand, because you don’t mess with a guy who chews tobacco in the 8th grade.)
Children are rejected at a very young age. When I was in elementary school, the teacher picked the captains who, in turn, selected their team members for our competitive games. Of course, there were always one or two who were picked last for obvious reasons. In those days, you either won or you lost. The winners got the rewards and the losing team got the “wards.” (Wards are sections in a hospital for patients needing particular care. They were wounded by the projectiles of rejection and bullying.)
On the other side of the coin, when the teams were picked for the academic competitions, the roles were often reversed. We were all subjected to rejection.

The effects of rejection can start in early childhood and last a lifetime if we don’t inject the child within us with the antidote of the Word of God to take that child out of its misery.

Otherwise we will be rejected, which is also an adjective. This is a reference to definition. Adjectives describe people. Adjectives define people

Our lives should never be defined by rejection.

In other words, we should not allow rejection to determine our identity, the quality of our lives, or the meaning for our existence.

If I reject you, I am making a judgment about you based on my personal opinions and preferences.
I believe that people who are quick to reject others are ultimately rejected themselves. When they reject you they are endeavoring to “pump up” their own sense of significance in a twisted and distorted way. We will look at the platforms from which people reject people. We will see clearly that they build their “platforms” with the cheap recycled planks of their opinions, prejudices, personal preferences, and limited human insight.
Many times, when people reject you, they are exposing their own insecurities. The rejection is on the surface, but the root is insecurity.

I am writing this book to point you to God’s dictionary where you will discover the accurate definition and description of your life. You will find yourself under S for “servant.” You will find your definition under G for “great.” (In God’s dictionary, S comes before G.)
You will be rejected by people because of their mental limitations and lack of self-esteem, but you don’t have to become a “rejected person.” If you take the content of this book to heart, you will never have to live under the low-lying black cloud of rejection. You will never see yourself as a “reject” (noun). The thoughts in this book can clear the air in your head to displace despondency with rays of hope. It is inevitable! You will be rejected by people. For this reason, I want to put this on the table for your consumption. Your life does not have to be described or defined by that rejection. It is truly possible for you to be:

“Rejected:
But Not Rejected” 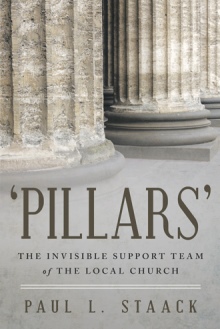 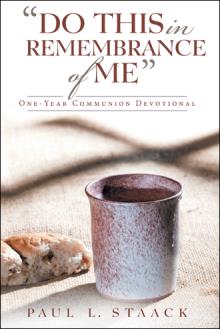 A famous saying tells us that there are two inevitable things in life: death and taxes. We need to add one more inevitable to this list. Everyone has to face and deal with rejection. If you are rejected by someone, that person is taking an action toward you. Rejected is a verb in this setting. However, rejected is also an adjective. It is a word that describes and defines. We must never allow our lives to be defined or described by rejection. Paul L. Staack has written this book to keep you out of the “garbage can” of a rejected life. It is inevitable! You will be rejected in life. However, as you apply the principles in this book, rejection will never define or describe your life. You can truly be Rejected: But Not Rejected.

Paul Staack is Associate Pastor at Speak the Word Church International in Golden Valley, Minnesota. Paul came out of years of drugs, alcohol and rock and roll music to answer the call of Christ in 1980. He has served in the ministry with Pastor Randy Morrison for the past 37 years and he was ordained into the ministry in May of 1992.

Paul’s sphere of influence has expanded as a published author. His first book—Pillars: The Invisible Support Team of the Local Church—was released in April of 2016. Paul has committed himself to spend the rest of his life releasing books to help people to mature and to realize their personal significance as human beings. —Paul resides in Long Lake, Minnesota with Donna, his wife of 37 years. They have 3 children—Jed, Hannah, and Allie.