Growing in Christ amid False Teaching 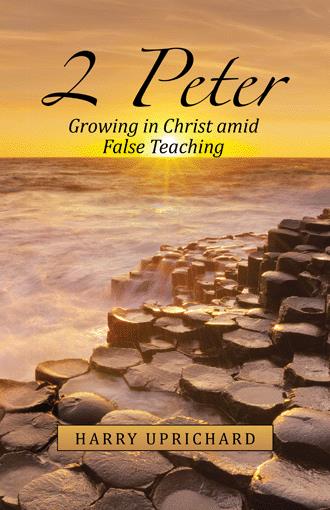 But how far are we to take the figure of sorites? A number of suggestions have been made as to the logical links within the chain-like steps of a ladder, but intriguing as these are, they seem sometimes a little too contrived or artificial. It would, for example, be going too far to claim that each step as instructional growth had to be completed before going on to the next, for it might be seriously questioned as to why “virtue”, “excellence” should precede “knowledge”, or “godliness” precede “brotherly affection” and “love”. Each value is, to a degree, an entity on its own. But there is merit in the layout. “Faith” necessarily is the foundation and “love” consistently the climax in New Testament protocol. Some pattern may rightly be seen within the chain, whether “pairing” of words or concepts, as often happens with Peter in this second letter, or logical gradation is the keynote. J. A. Bengel makes an insightful comment at this point, which is not too extreme but catches the atmosphere of sorites sufficiently to drive us with interest and excitement to the text and appreciate the living and growing nature of true Christian faith: “Each step gives birth to and facilitates the next. Each subsequent quality balances and brings to perfection the one preceding”.
The section falls easily into two sub-divisions:
ATTITUDE TOWARD GROWING KNOWLEDGE (v 5a)
ASPECTS OF GROWING KNOWLEDGE (vv5b-7)
EXPOSITION
“For this very reason, make every effort to supplement your faith with virtue, and virtue with knowledge, and knowledge with self-control, and self-control with steadfastness, and steadfastness with godliness, and godliness with brotherly affection, and brotherly affection with love” (1:5-7).
ATTITUDE
Peter makes it clear to his readers that their attitude to growth in Christian grace and knowledge should be neither indifferent neglect, nor complacent passivity, nor uninformed activity but, rather, reasoned, zealous and sacrificial effort. The terms in which Peter writes are quite explicit.
“For this very reason”, kai auto touto de, recalls the entire foregoing argument. It is because Christ’s divine power has provided everything we need for life and godliness both in his person, who calls us through his own glory and excellence, and in his promises, which make us partakers in the divine nature and escape sinful corruption, that we must actively exert effort to grow in grace. The lavish nature of the gift provides motivation to respond. God’s gracious condescension to us calls for strong aspirations after him. Growth arises from God’s great love to us in Christ.
“Make every effort” The verbal participle “make”, pareisenegkantes, combining a number of prepositions, implies: “to bring into a relationship alongside what has already been done”, in that sense, “to apply”. The noun “effort” spoudēn, is strong, meaning “earnestness”, “zeal”, “haste”. Peter seems fond of the word and uses it also at 1:10, 15 and 3:14 in a verbal form. The joint nuance connotes ready, energetic effort, bringing all one’s powers to bear on a situation in a speedy resolved response. Growth is driven by an applied zeal.
“Supplement” or “add” is epichorēgēsate. The Greek chorēgos, literally “chorus-master”, was the person responsible for providing the chorus, an expensive commodity of singers for the necessary background in Greek dramatic productions. In effect, it usually meant a rich patron staging the whole production at his own expense, acting as a liberal benefactor of the arts. Hence, the verb means “to furnish or provide (at one’s own expense)”, “to give, grant”, “to support”, “to lavishly supply”. The term, then, implies a lavish supply and a costly support.
The verb epichorēgeō recalls the same bountiful action, where the different but equally strong verb dōreomai is used at verses 3 and 4 to describe how Christ “granted” both everything needed for life and godliness as well as his very great and precious promises of salvation. Epichorēgeō also describes the “rich entrance” believers will receive as they enter heaven, mentioned at verse 11. Its use there, as at verse 5, forms a sort of inclusio, encapsulating the entire section. Growth is set within a context of lavish supply.
In recalling the bountiful gifts of Christ’s person and promises bestowing salvation and in anticipating their lavish welcome to glory, Peter’s readers are to respond in kind to the prospect of growing in grace. Growth requires a response rich in supply, costly in support and sacrificial in attitude. Its source is divine, its motivation powerful and its outworking inspiring.
ASPECT
Peter notes, in a sorites format, some important aspects of this growth. While, as we have noted, it would be extreme to find fixed interrelationships within these aspects, some general pattern seems naturally discernible. “Faith” marks the foundation of the list, “love” its climax. “Virtue” and “knowledge” couple together as complementary aspects of Christian behaviour and mind. “Self-control” and “steadfastness” feature as dual quality within and without the Christian’s life. “Brotherly affection” and “love” mark the Christian’s attitude to others. “Godliness” is embedded between these last two groupings as illustrating a general piety of character and life-style.
“Faith” pistei is foundational. It is markedly Christian in emphasis and seems here as at verse 1 to indicate the believer’s personal trust in Christ rather than a body of doctrine. It could imply not only “faith” per se but “faithfulness”, though in this latter sense it is inevitably related in context to a faithfulness of commitment to God through Jesus Christ. As “faith” or “faithfulness” it occurs in other ethical lists within the New Testament (Ga. 5:22; 1 Ti. 4:12; 6:11; 2 Ti. 2:22; Tit. 2:2; Re. 2:19) and elsewhere as such in other early Christian literature. In New Testament thought, “faith” is both living and productive (Jas 2:20; Ga. 5:6), which particularly suits its foundational quality. It is not the loyalty of pagan cults within Hellenism but essentially Christ-related in terms of a basis for the gospel and for the Christian life. 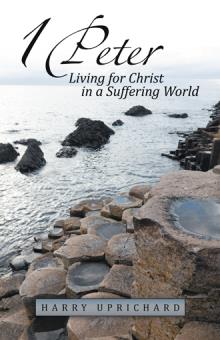 Peter’s second letter is about growing in Christ amid false teaching so that Christ’s character will be reflected in our lives. Peter begins by explaining true knowledge of God. It is a saving, growing, fruitful, assured and remembered knowledge. The source of this true knowledge of God is Scripture. Scripture comes from God. Men spoke from God carried along by the Holy Spirit.

Peter finally writes of practical knowledge of God. He recalls the predictions of the prophets and the commandment of their Lord and Saviour through the apostles. Practical knowledge of God produces godly living, assures that God fulfils all his promises in Scripture, and confirms growth in grace and knowledge of our Lord Jesus Christ. All of this is possible through Scripture. Let’s together see how Peter explains in detail how to grow in Christ amid false teaching.

Harry Uprichard is a retired minister of the Presbyterian Church in Ireland. He has authored: A Son is Given – Christ in Isaiah, A Son is Promised – Christ in the Psalms, A Son is Revealed – Christ in Mark and a Study Commentary on Ephesians, all published by Evangelical Press; What Presbyterians Believe published by: The Oaks; Characters in Acts, A Matter of the Heart, published by Day One and 1 Peter Living for Christ in a Suffering World published by WestBow Press. He spends his time preaching and writing. His interests include music, sport, walking and detective thrillers.