Understanding the Mystery of the Cross 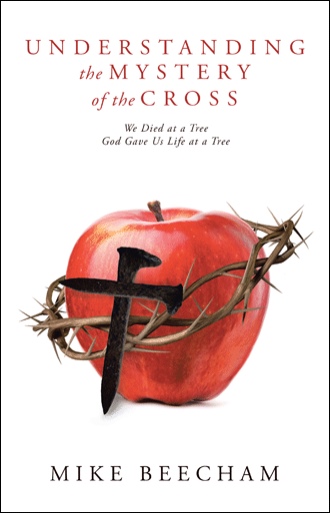 
My journey to understand the mystery of the cross began in high school. God was graciously sending an awakening revival to the youth of our nation that became known as the “Jesus movement.” As the Holy Spirit began to move through our school, I can remember students crammed wall-to-wall, sitting on the floor of a high school coach’s house as he shared the Scriptures.

One day, a friend of mine approached me and asked why I wore a cross. I proudly said, “Because I’m a Christian.”

He replied “So, why do you wear a cross?”

With less enthusiasm I stated, “Because I’m a Christian.”

He then asked, “If you had an uncle you loved who was shot to death, in his memory would you wear a replica of a pistol around your neck?”
I mumbled “No.”

What he said next haunted me for years. “Well then, why is the symbol of your faith in Christ the method of his execution?”

Good question! Why is the cross the dominant symbol of Christianity? Why among all the different religions of the world do we as Christians flaunt the cross? Why do we put crosses on our churches, covers of our Bibles, T-shirts, and jewelry? Is the death of Jesus to be the dominant theme of Christianity?

Wouldn’t it be more appealing if we emphasized something other than one of the most horrific methods of execution ever practiced by humanity?
• Can’t we find a better symbol to express the life and ministry of our Lord Jesus Christ?
• Is it healthy to dwell on the death of Jesus?
• Doesn’t it make more sense to emphasize his life than the cross he died on?


That question both haunted me over the years and shook my faith. Unquestioningly, I had just accepted the songs we sang about the cross in church and Sunday school. I began to wonder if perhaps we were overemphasizing the method of his execution. Maybe our emphasis should just be on the fact that he died for our sins. Maybe the method of his death was largely irrelevant. My friend’s question nagged at my conscience and remained unanswered for many years.

We are living in a time when the message of the cross is under attack as it has never been since the first century. Even in our own nation forces are at work to eradicate this symbol of Jesus’ suffering from the public venue. The ACLU, with an unrelenting tenacity, is suing to have the cross removed from memorials, classrooms, and any public place lest we offend someone. Some denominations desire to remove and downplay references to Jesus’ bloody, violent death.
What is the cause for the irrational contempt for this two thousand-year-old universal symbol of the Christian faith?

The Bible plainly teaches that the message of the cross is both offensive and foolish to those who have never been touched by its power.

“Brothers, if I am still preaching circumcision, why am I still being persecuted? In that case the offense of the cross has been abolished.”

“For the message of the cross is foolishness to those who are perishing, but to us who are being saved it is the power of God.”

Over the years, I have discovered my friend was wrong. It’s not just Jesus’ death, but specifically the method of his death, crucifixion, that is emphasized in scripture. Eighty-six times in the New Testament, the word “cross,” “crucify,” “crucified,” or “tree” is used in reference to the exact method by which Jesus died. Anything mentioned that many times in the New Testament is important to God and should be to us as well.
To my utter amazement, I began to see the wisdom of God in having his Son crucified on a tree. Moreover, I saw that everything that happened to Adam at the first tree in the Garden of Eden happened to Jesus on a tree on Golgotha! In fact, the scripture calls Jesus the last Adam in 1 Corinthians 15:45 (NIV). “So it is written: ‘The first man Adam became a living being’; the last Adam, a life-giving spirit.”

What happened to Adam was a pattern for what Jesus would do four thousand years later. God used the blueprint of man’s fall in the Garden of Eden as a pattern to follow to provide man’s redemption at the cross of Christ.

God used the instrument of man’s spiritual death, a tree, to bring life to man. It was as if God challenged Satan to a duel and allowed him to choose his weapon. Satan chose a tree to destroy humanity in the Garden of Eden. God then said, “If it’s a tree that you use to kill mankind, then a tree will be your destruction! I’ll also use a tree to bring man eternal life!”

In short, the key to understanding the mystery of the cross is this:

The last Adam (Jesus) at the last tree (the cross) undid the damage to humanity the first Adam did at the first tree!
In the following chapters, we will compare what happened to Adam in the Garden of Eden to what happened to Jesus on the hill of Golgotha.

Why Do You Wear A Cross?

Why is the universal symbol of Christianity the method of Jesus’ execution? Is this morbid fascination with crucifixion Biblical? Is the death of Jesus to be the dominant theme of Christianity? What is the reason for the irrational contempt and hatred for the Cross in today’s culture?

In Understanding the Mystery of the Cross, author Mike Beecham explains why only crucifixion could redeem humanity – no other death would do.

Some of the topics addressed in this book:

How man was separated from God and reconciled to God at a tree.
The similarities between Adam’s fall and Jesus’ crucifixion.
How God used the blueprint of man’s fall in the Garden of Eden as a pattern to follow to provide man’s redemption at the Cross of Christ.
How this ancient event impacts our life today.

Mike Beecham and his wife, Phyllis, were both raised on the Eastern Plains of Colorado where Mike was a former police officer. They have pastored churches in Oklahoma and Colorado for thirty years and taught in various Bible Schools. They have raised three children: Sarah, Michelle and Joshua and reside in La Junta, Colorado where Mike is the Senior Pastor of Crossroads Church.