365 Daily Meditations for Becoming and Overcoming 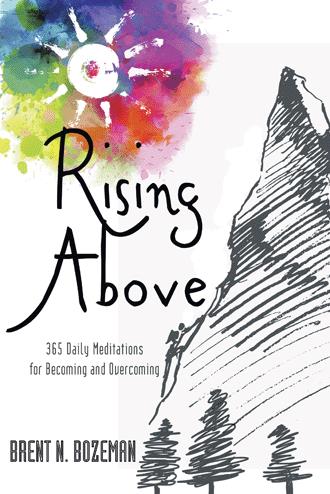 Real independence is an illusion, and in the big scheme of things not even a good idea. Maybe our national victory and freedom from the British inadvertently impressed upon us the notion that personal independence was possible or good. But look around – we all end up dependent on something.

Alcohol and drugs are only the obvious addictions, but what about all the other dependencies that are more socially acceptable? Like pleasure itself, social media, money, relationships or a spouse, smart phones, gaming, sports, or dare I suggest… religion. The list is endless.

The fact is that we were never intended to be independent. Humans were made, created, designed to be dependent at our core. Then given free choice as to who, or what, we would be dependent upon.

So choose your dependency. There are a thousand things to choose from, and almost all of them end badly.

How ironic that our Creator made us with an undeniably dependent soul, and also an insatiable craving for freedom. But irony in creation always ends with a purpose, and the point is this – If I bow down today in a full dependency on my Creator, then suddenly I find myself completely free from everything else!

Drop that foolish notion of personal independence. You do not have that kind of power. Acknowledge your dependent nature, and then choose carefully where your help will come from today.

Dr. Brent Bozeman shares his writings with the world about things he learned the hard way. The thoughts and ideas contained in these meditations were originally intended for his two sons, and they are sometimes intense, with raw passion and vulnerability. Written from the perspective of his own struggles with addiction, shame, and a real doubt of God’s love, he reminds us all that falling down is not the end of our story but the beginning of grace. This book offers 365 personal meditations intended to challenge your mind and inspire hope. By surrendering to the relentless love of God, you too can rise above.

Brent N. Bozeman has a Ph.D. in Psychology and Counseling, and enjoys using his personal journey and experience as a teacher, pastor, missionary, and therapist to help others discover themselves within the very heart of God.