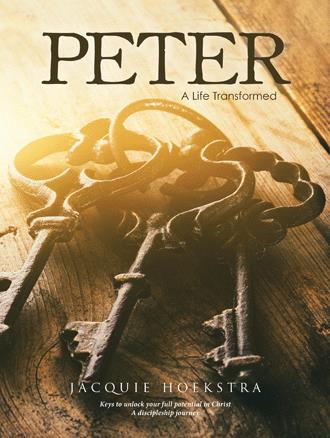 Peter and John stopped and turned back to the man. They saw he was not looking at them. We know this because Peter told him to look at them. The man looked at them, hopeful to receive financial support. His hope for anything more, such as healing, never existed (or he had given up long ago). He turned his eyes toward them, maybe even holding a hand out to receive what they might give him. Peter informed the man he did not have silver or gold. One has to wonder if the man’s heart sank at this point. Was he expecting another speech from another pious Jew or a lame prayer for a lame man? Yet Peter’s speech did not go there; instead, he offered the man what he had. He spoke words of healing in Jesus’s name. Peter not only spoke a command of healing to the man, but he also reached forth his hand to help the man up. Peter restored the idea of a hope for healing in a man lame from birth. Peter restored a sense of worth to a man most people passed by and ignored. Peter, by invoking Jesus’s name, brought healing to a man lame from birth (Acts 3:4–7).

The man rose up with Peter’s helping hand and immediately was able to walk and even jump around (Acts 3:8). He entered the temple with Peter and John on his own two feet, praising God and giving God the glory for what had been done to him, for he knew only God could have done such a healing miracle. He was healed in Jesus’s name, but to God he gave the glory, and he made no small stir about it. He was animated and loud enough to draw attention to himself and to what God had done (Acts 3:8–9).

The crowd in the temple could not help but notice the stir. Curiosity caused them to take a closer look. Many had passed this man by daily. All who knew him knew he was lame from birth. Hebrews believed being born with a defect was a sign of sin for either the lame person or his or her parents. There was great prejudice in regard to birth defects in their culture. So when the crowd saw the man lame from birth, the fixture at the Gate Beautiful, not only walking but jumping around, they were amazed, wondering how this could have happened (Acts 3:9–10). While the healed man praised God, the crowd of temple worshipers looked at Peter and John with amazement. They sought what was special in Peter and John.

Here lies a trap that tempts many who minister in Jesus’s name. When onlookers begin to think they are special, the temptation is to also think of themselves as special. They forget it is in Jesus’s name they minister, and the glory belongs to Jesus alone. It is a spiritually dangerous thing to think too highly of God’s ministers, for this brings a snare to them. It is also spiritually dangerous to begin to believe we have special qualities that cause ministry to be effective in our lives. Peter explains this beautifully to the crowd of awestruck onlookers.

Peter first recognized where the crowd was going, and he quickly began to remedy the situation. He immediately pointed out it was not his and John’s own godliness or power that caused the man to be healed. He absolved himself from any part of the man’s healing. He took no credit and no glory to himself. The fisherman we met in the beginning was no longer the same man. He had become a humble fisher of men. He was no longer his own boss but a willing servant of Jesus. He sought only to glorify his Savior (Acts 3:11–12).

Peter went on to tell the crowd about Jesus, the One in whose name the man was healed. He used several names for Jesus as he spoke of Him, and as he spoke to the crowd about their guilt for His bloodshed. Peter referred to Jesus as God’s Servant, the Holy One, the Just, and the Prince of Life. Peter explained to the crowd that even though Pilate wanted to free Jesus, they cried out for His crucifixion. The Man they murdered was responsible for the healing of the lame man and for the praise and glory to God.

Think how the crowd must have felt. If the Man, Jesus, had the power to heal this lame man from beyond the grave, they were guilty of killing the Messiah (Acts 3:13–16). They must have had a deep sinking feeling in their stomachs, as they realized they were complicit in the murder of their Savior. They must have felt there was no forgiveness before God for them. Peter had set them up to feel the depths of despair, just as the lame man had felt at the gate called Beautiful, then he turned them to the gospel. Peter explained to the crowd that he knew they did this in ignorance, and it was a part of God’s redemptive plan for Jesus to suffer (Acts 3:17–18).

Peter had their full attention, just as he’d had the lame man’s before the healing came. Now Peter would speak the healing they needed. They were primed and ready to receive the gospel, the good news. The name of the gate, Beautiful, meant “belonging to the right hour or season.” This was the right hour to preach the gospel. Peter told the crowd the suffering of the Messiah had been fulfilled. What they needed to do was repent and be converted. They were to believe Jesus was, in fact, the Messiah. Peter said repentance and being converted were the keys to receiving forgiveness for sins. He also said these actions would bring, “refreshing from … the presence of the Lord” (Acts 3:19).

This study invites you to walk with Peter from the time he was called to be a fisher of men through to his second letter and fulfilled calling. As you join Peter on his discipleship walk, you will be inspired by a regular guy who with Jesus’s touch became a great man of God.

“Jacquie Hoekstra’s study in Peter will draw the new believer as well as those who have walked years with the Lord into a deeper walk with Jesus. Her study is full of insights into Peter’s life plus personal reflection and challenges that makes it an excellent discipleship tool.”
—Janice Tompkins
Co-founder and missionary with MCN International
(Ministries to Christian National, Inc.) for 30 years,
bringing Christ to Southeast Asia

“This is really so much more than just a study of Peter! Jacquie’s thought provoking questions are effective to get past mindsets and blind spots allowing the readers to discover truths hidden below the surface. Jacquie is able to present even some of the most difficult sayings of Jesus in a way that uncovers sin, but in an encouraging manner; leading the reader into repentance and a deeper walk.”

—Lorraine O’Neal
Pastor/Teacher for A Voice in the Wilderness Ministries, Bible Teacher and Prayer Leader at Anchorage City Church, and Secretary for the Board of Directors at the Downtown Hope Center, Anchorage, Alaska.

Struggling to understand your Bible? Feeling uninspired? Want to mature in your walk with Christ? This Bible study will help you:

Empower the Holy Spirit to guide you into all truth.
Restore the passion of your first love.
Grow into a deeper intimacy with Jesus.
Realize your full potential in Christ.

This study will inspire, encourage, and challenge you to a closer and more vibrant walk with Jesus.

Jacquie Hoekstra is gifted with an ability to study scripture from many different angles. Her diligence to research history and background helps her readers see the broader picture and brings them to a fuller understand of scripture and a deeper relationship with Jesus. She has walked closely with the Lord for over twenty-five years, but it wasn’t always this way. Jacquie was seven years old when she had her first suicidal thought. She was raised in a religious home and had a personal relationship with Jesus from a young age, but it was a relationship which was not mentored or discipled. In her teen years she experienced a depth of turmoil in her family life which spiraled her into a season of self-medication and a life of chaos. Jacquie continued to experience suicidal thoughts throughout her teen years and into her mid-twenties. She kept ending up at the same dead end no matter how she tried to change her life. She decided to end it once and for all when she was twenty-five. Just as she was about to fulfill the dark desire, the very sweet presence of the Lord she had known as a small child entered the room. “Give Me another chance” she clearly heard Jesus say to her. She asked Him to send someone to show her the way and committed to do the right things she knew at the time. Within a few weeks she was at a Billy Graham Crusade where she accepted salvation and gave her heart fully and completely to the Lord. In the years since, Jacquie has passionately sought a relationship with Jesus. She returned to school and earned an AA degree in Biblical studies and a BA in Theology. She has served in her home church in many different capacities, most prominently in youth group and women’s ministries. She was ordained in the International Church of the Foursquare Gospel in 2008. After twenty-five years of growing in grace and serving, she feels she is just getting started. Jacquie’s passions are the Word of God and discipleship. Jacquie lives in Vancouver, Washington with her husband, Martin. They are empty nesters who enjoy the outdoors in the great northwest, making their yard a bird sanctuary filled with floral colors. Besides time in the Word, Jacquie enjoys photography, antiquing, time spent with friends over a good cup of coffee, or sitting in the yard with the birds and a good book.