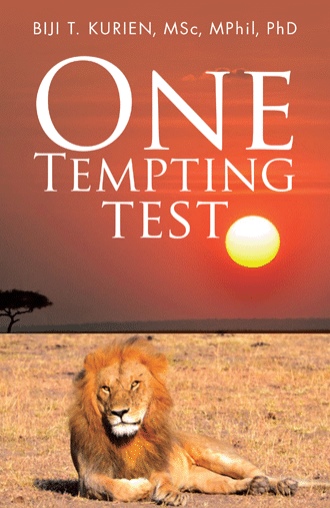 The demonic cohort did not have any horns on their heads, nor did they have forked tails. The lusty group did not smell of sulfur either, as God had not plunged them into the lake burning with fire and brimstone. They were specifically a group of exquisitely handsome former angels bent on scheming, killing, working evil, and craftily dissuading people from worshipping the real God. The demons represented the principalities, the powers, and the rulers of darkness that perpetrated spiritual wickedness in high places.

“The rulers of darkness in high places” had come to the walls of their former abode for an appointment with their Creator. They chose to aggregate near the control room for a group meeting, hoping to attract Michael and Gabriel’s attention and gain permission to enter heaven.

The citizens of heaven watched every move of the demons with great interest.

“Look at our plight, Lucifer,” Evildevilworkshopidler, one of the fallen angels, shouted out loudly.

“If only you had not sought to elevate yourself to become equal to God when you waged the first cosmic war, we could have continued as the heavenly host!”

Seeing that Lucifer was uncharacteristically docile that moment, the rebel demon confidently continued his protest.

“God, being omniscient, knew from the beginning that you would stake a claim to His position. Omnipotent God could have stopped you from rebelling,” Evildevilworkshopidler demon posited and looked for some encouragement from fellow demons.

Evildevilworkshopidler continued steadfastly in the face of stoic silence from his compatriots. “God knew that this rebellion would ultimately cost the life of His only begotten Son and the loss of billions of angels. Yet, He did not stop you from executing your vile plans. We need to know that God did this because He provided us with a free will to worship Him on our own accord. God did not want us as robots without the freedom of choice or free will. We could have remained the way God had originally created us, with you as the lead cherubic singer of heaven. You definitely went ahead and messed up our lives, by succumbing to the desire of becoming like God!”

“Be silent, you whining nitwit of a nincompoop!” Lucifer finally thundered venomously and socked the dissident without a shred of compassion.

“No more complaints from any of you!” Lucifer admonished the remaining demons. “Our job is to mess up the lives of people to keep them from becoming a part of heaven. We need to pack hell with the maximum number of humans. That is our goal. No more heaven for us, understand!”

“Yaaaay, fill up hell with humans! Down with Evildevilworkshopidler!” the other demons chorused. “Pull them all into the bottomless pit where the fire never quenches, and the worm never dies,” the ominous call resonated against the Jasper Wall of the control room.

A greatly rejuvenated Lucifer exuded a beguiling charm and responded victoriously, “Yes, fill it up! Fill it up! Entice them in!”

“Fill it up! Entice them in!” the demons echoed their leader’s slogan.

When the cries died down, Lucifer addressed the crowd. “Luring people to hell is an easy job. The earthians tend to take the broader way to hades, rather than the narrow way to heaven. You know that accepting Jesus Christ as the Savior is the narrow way. Your job is to prevent people from accepting Jesus Christ as their Savior and disallowing them to accept the fact that He died for them. Just lure people with sex, wine, and song. It is as simple as that!”

“Good, very good!” Lucifer waved his right hand approvingly. “We have some pressing matters to complete before requesting permission to enter heaven. Now, let us have a quick recap of your activities since our last meeting before we obtain permission to enter into God’s presence.”

“Lucifer, do not fall for that!” An animated Coldandevilsplitfamily demon testified. “What you heard is just plain earthian peanuts! My elite group induced 2.4299 billion into committing adultery, either by lusting with eyes or actually falling prey to their lust!” Coldandevilsplitfamily demon added boastfully, “Don’t you think we are the greatest devils? We even caused these adulterers to speak fifty-nine billion lies to cover up their infidelities!”

“Wait an earthian minute,” Hitagentassassin demon opined angrily. “My contingent undertook the cumbersome job of inducing 73,846 people to commit murders, either by actual killing or by causing hate in their hearts. Is that not more heinous than beguiling people to commit adultery?”

“Okay, calm down fellow demons!” Lucifer assuaged raging tempers among his comrades and then heard more testimonies of evil.

“You guys have done a wonderful job. I commend you for your wonderful achievements,” Lucifer pronounced his expert review when the acrimonious testimonies concluded.

“However, it is imperative that you should not forget one aspect,” Lucifer elaborated. God does not give special consideration for the type of sins people commit. All sins are equal before Him. Therefore, any sin that you can induce in man is worth the effort. There is no single sin bigger than another one, except sinning against Holy Spirit. If you can induce the gullible humans to commit any sin, that will be great. However, if you can tempt individuals to blaspheme Holy Spirit, that would be the icing on the cake. Because God does not forgive those that blaspheme Holy Spirit! Okay, let’s flow now!”

With this, Lucifer abruptly terminated the impromptu meeting. 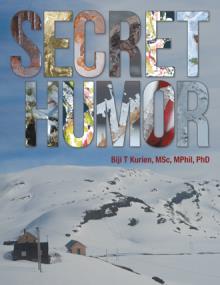 In an impeccably indescribable and inexplicable place called heaven, Lucifer throws the gauntlet before God. He challenges God to pick someone for one temptation-filled test.
God needs someone like Job for this test.
The world is a mess. God takes a back seat in the lives of many. Violence begets violence. Blood is meeting blood. The yawning gap between the haves and have-nots irks only a few.
The concern for the destitute drives a scientist, Dr. Decxtrose Epitoppe, to develop a highly nutritious drink from cellulose-wastes in the middle of this chaos. As a result, socioeconomic and health disparities drop drastically in developing countries. Unfortunately, Decxtrose’s euphoria also plummets when the assistant pastor of their church unexpectedly discovers that Decxtrose’s mother is a prostitute.
The church revokes Mrs. Epitoppe’s membership, removes the senior pastor for advocating forgiveness, and promotes the assistant pastor to the helm for his bold exposé.
Soon, the fatherless Decxtrose becomes a suspect in the eyes of his family and the church. They find it difficult to ignore the power of genetics.
In this tumbling maelström of a journey, Decxtrose tries to balance work, family, and God.

Doctor Kurien and his family are part of the fruit of Saint Thomas’ martyrdom-inducing visit to India to fulfill the Great Commission.
Doctor Kurien graduated from the Post Graduate Institute of Basic Medical Sciences, Taramani, Chennai, Tamilnadu, India.
He currently works as associate professor of research at the University of Oklahoma Health Sciences Center, Oklahoma City. His research interests include the study of free radical-mediated oxidative damage in experimental urolithiasis, systemic lupus erythematosus and Sjögren’s syndrome as well as the role of the nutraceutical curcumin in autoimmune diseases.
Doctor Kurien married Jolly Thomas in 1988. God blessed them with four children, Jobin, Johann, Jasmin, Bianca, a dog named Shadow and a guinea pig called GP. His mother, Annamma Kurian, stays with their family. His father passed on in 2006 to spend eternity with God.