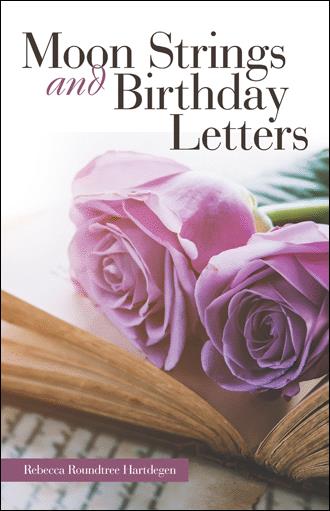 Isabella has a love for the Lord beyond measure, a love rooted in a compassionate desire for others to know of His goodness. Oh yes, she wears her faith on her sleeve for everyone to see. But make no mistake, that sleeve is wrinkled from the pain and heartache that only God’s hand can smooth. You see, Isabella has been healing from grief and loss for many years. She never expected to lose seven people she held dear in just eight years, while losing more as an adult. Fear remains relentless in its fight to steal away her peace. A divine revelation that will open wounds deeper than the Grand Canyon is drawing near. Meanwhile the purpose of Isabella’s pain can be understood only by first looking back and embracing a time filled with wonder, moon strings, and birthday letters.
On August 28, 1980, in New Orleans, Louisiana, Isabella entered the world. Around the age of five, she began hoping for a brother and sister. Around that same time, Isabella starting telling her parents that God uses three strings to hold the moon in the sky. The stars, as she explained, reflect off the moonlit strings and move with the breath of the Holy Spirit, and that’s why they appear to sparkle. The three strings represent the Father, Son, and Holy Spirit—innocent wonder and childlike faith at their purest.
Five years later on Thanksgiving Day, Isabella’s mother gave birth to twins, Rowan and Eliza. A long-awaited wish had finally come true. Isabella gave her parents a congratulations card that she made with bright blue and pink construction paper. The handwritten message inside thanked God and her parents for making her a big sister. That night Isabella promised God that she would try to be the best sister ever.
Isabella’s smooth sail through life became rough when deep grief entered her heart eleven months later with the loss of her grandpa. Oh, how she had loved him. Soon her parents began hearing her say, “I’m going to sit out on the deck.” The wrought iron table and chairs outside served as her hiding place. One night while looking up at the star-filled sky, Isabella begged for answers. “God, you’ve never let the moon fall out of the sky. Couldn’t you have used that same power to keep Grandpa from dying? I’m not trying to be mean, but why did he have to go home now? I love you, but this hurts.”
In the kitchen, Isabella’s parents happened to hear their daughter’s prayer through the open window. Her father, whose heart was heavy from losing his father, turned to his wife and wept. Out of their pain, however, a purpose and healing balm would soon be unveiled at Isabella’s thirteenth birthday celebration.
Waiting for guests to arrive, Isabella decided to go outside and sit on the deck for a few minutes, where her parents soon joined her.
“Princess, today is very special,” said her father. “The next chapter of your life story starts today! A new tradition is in the making too. You’re the first one—”
“So cool, Daddy! What’s the tradition? Are you and Momma going to take me somewhere special?” Interrupting her father midsentence was classic Isabella. Eager to know what was inside the pink envelope her father was holding, she was all ears.
Her father went on to explain the tradition. Every year, all three children, between the ages of thirteen and twenty-one, would receive a birthday letter from him. “Sweetheart, when your mom and I are long gone, the letters will serve as reminders of the joy we had in watching you grow up. They will chronicle your life and how God moves in it—all your experiences wrapped up in the pages of my letters, to inspire you to never give up. Most of all, we want you to know how much you’re loved and that no matter what happens, God is and will always remain faithful.”
Looking at her parents, Isabella could sense this moment was quite special. “Okay, y’all are going to make me cry. Love you both so much. Can I read it now, or should I wait until the party?”
Her mother reached for Isabella’s hand. “Whatever you want to do, sweetheart, is fine with us.”
Just as Isabella stood to read the letter, the pink and white twisty strap on her right sandal got wedged in her chair. “Well, that was graceful,” she exclaimed, laughing so hard that her parents joined in. “So, while we’re here, want to know my birthday wish?”
“Bet your mom and I have a pretty good guess. Italy, right?” asked her father.
“Yep! I don’t know how or when, but one day I’ll go to Rome. I’ll have my photo taken on the Spanish Steps to prove that I was there, and then I’ll make a wish and throw coins into the fountain!”
Isabella’s mom leaned over to hug her. “I really believe you’ll go there one day, Bella. I really do.”
Isabella decided to read the letter in front of everyone at the party. As she read aloud, the sound of sniffles echoed throughout the living room, so she knew that other people were as moved by the words as she was. If ever there was a moment that Isabella wanted to bottle up and save, it was her thirteenth birthday party.
Settling in later for a good night’s rest, Isabella turned on her bedside lamp and read the letter again:
Princess, the clock of life is ticking much faster than your mother and I would like. The lullaby “Turn Around,” sung by Malvina Reynolds, includes the words, “Where are you going, my little one?” This song, which I’m sure you’ve heard, tells about a parent’s surprise at how quickly their daughter has grown—and that’s how your mother and I feel. It felt strange to watch you leave for school this morning, knowing that we were watching our thirteen-year-old daughter go out. 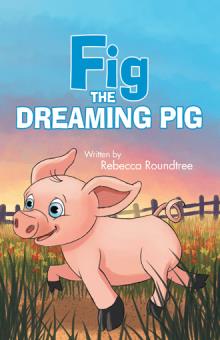 At Isabella’s thirteenth birthday celebration, her father announces he is beginning a new tradition—to write her a letter every year on her birthday until she turns twenty-one. The letters will chronicle her life while serving as a reminder that no matter what happens in life, God is always faithful.

Seven years have passed since Isabella last opened her memory box of letters. Now that she is celebrating twenty-eight years of life, it is time to open the box again. Life has not always been a smooth ride for Isabella, but despite the loss of her father, she has remained focused on her dreams. Now as she prepares to embark on a medical internship that will take her from Louisiana to Italy, she has no idea what awaits. As she re-reads her collection of birthday letters, Isabella revisits their messages in the most unexpected of ways. But will she accept the divine invitation to recapture her childlike faith and once again believe that the moon is being held by heavenly strings?

In this inspirational tale, a young woman revisits a collection of letters penned by her father as she enters a new chapter and searches for a way to reconnect with God and her faith.

Rebecca Roundtree Hartdegen has over fourteen years of editing and writing experience. Her writing, rooted in Christian faith, produces words that encourage, challenge, and uplift. Rebecca’s mission is to bring glory to God through her stories. She and her husband, Brett, currently reside in Metairie, Louisiana. This is her second book.