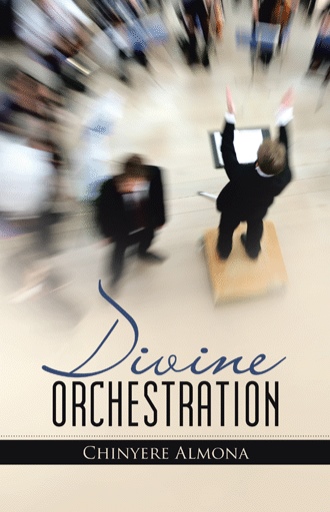 God is interested in what happens to His children here on earth. The Bible clearly states that all things work together for good. However, all things cannot (and do not) self-organize to create a good outcome. Someone organizes all things into a defined pattern to bring about a good outcome. Divine orchestration means that God is in control and constantly at work in the lives of His children. He keeps arranging, rearranging, and controlling events and situations.

The word orchestration makes me think of things that are complex and challenging, having multiple components and sometimes unknown elements. I imagine problematic situations that would never have been resolved without an appropriate and timely intervention. I imagine outcomes and timelines that may have appeared ridiculous but did actually come to pass.

The Bible is filled with stories of impossible and seemingly hopeless conditions and situations. In many of those stories, there seemed to be no solution and no way out. Storms, needs, deaths, sicknesses, and many other problems that seem impossible and hopeless. Time after time, these impossible, hopeless situations are handled with ease by the orchestration of God. He is behind the scenes, commanding every element to cooperate.

Take, for example, the following situations in the Bible.

One day, Joseph spent the night in prison as a prisoner, albeit a favored prisoner, but by the next day, he became the prime minister in a strange land, Egypt.

One day, Moses went to the field to tend his father-in-law’s flock. By the end of that day, he was a certified leader and deliverer.

One day, Israel woke up under the oppression of Sisera, the captain of the king of Canaan, but by the end of that day, Sisera lay dead by the hands of a woman, and twenty years of hardship and oppression ended.

One day, a widow from Shunem woke up, overwhelmed by long-standing debts and the threats of her sons being taken into slavery, with only a pot of oil as her possession, but by the end of the day, she had repaid all her debts and was rich.

One day, Naaman woke up a leper, but before the day ended, he had been healed and transformed. His body was recorded to be as soft as that of a baby.

One day, in the heat of severe famine, the prophet, Elisha, said, in accordance with the word of God, that the famine is over. He proclaimed that in twenty-four hours there will be plenty of food. It came to pass just as he had said.

One day, four lepers took a few timid steps toward the camp of the Syrian army, and the Syrian soldiers (these were men trained in national security and secrets of warfare who were battle-ready and committed to die for their country) heard a noise of chariots, a noise of horses, and even the noise of a great host. They fled in fear.

One day, Mordecai slept at the palace gate as usual as a gateman, but before the day ended, he was brought inside the palace and honored by the same person who hated him enough to build gallows to hang him on.

One day, Daniel slept in the den with hungry lions, and by morning, he was brought out and promoted to the post of prime minister in the land of his captivity. What’s more is that the lions received a sumptuous meal to break their fast.

One day, a woman with a bleeding disorder that had persisted for twelve years, exhausted her resources and destroyed her social status touched Jesus’ garment, and she was made whole.

One day, Bartimaeus woke as usual a blind man and resumed his duty at his begging station by the highway, but before the day came to an end, he had regained his sight.

One day, Lazarus laid dead in the grave, just like he had for the previous three days. His organs and tissue were beginning to degenerate, but by evening, he had been brought back to life.

These are just a few examples of divine orchestration in the lives of ordinary men and women. All were impossible situations within unattainable timelines, but all factors and elements were activated and rearranged in specific order to ensure that these miracles occurred. These were not coincidences. Rather, they were all divinely coordinated incidents. God was working in every one of these situations to accomplish His eternal purpose and to bring glory to His name.

One day, I woke with no intention of writing a book. I came across an anointed woman of God, and by the end of that day, I had started pulling together the pieces of this book

I thank God He is behind the scenes pulling all the strings of our lives.

A key aspect of Group’s Holy Land Adventure—Vacation Bible School (HLA-VBS) program for children, which I am privileged to coordinate annually, is a profound activity called God sighting. This is an activity that encourages children to look around them and purposefully observe God at work in very basic things such as the sunshine, flowers, and smiling faces. It is an incredible faith-building, fun-filled, and easy activity. There is evidence of God all around us. Without a doubt, God is (very) active and involved in our everyday lives—we just have to learn to look. I have come to understand that you experience God more when you are attentive and deliberately seek Him out. One of the aims of writing this book is to equip Christians to actively watch for evidence of divine orchestration, so that they do not miss out on the wonderment of His interventions. This book will hopefully also help people understand that without seeing the full picture, understanding the nuances, and knowing all the elements of a situation, we can trust that God is in the background, orchestrating for our benefit.

Did you know that divinity interacts with humanity in small and big ways? This book provides deep experiential insights into the wonders of the Almighty God and the incredulity of the fact that no minute detail of our lives eludes his merciful attention and powerful intervention. It showcases the interconnectedness between various dimensions of the nature of God and the manner of his operations and manifestations. Readers will

—be amazed at the revelation and deeper meaning of the phrase divine orchestration,

—gain assurance that we are constantly within divine purview and control, and

—be equipped to actively watch out for evidences of divine orchestration in order not to miss out on the wonderment of God’s interventions.

Chinyere Almona is a dynamic, creative and multitalented African Christian woman. She has been involved in active ministerial work for over 20 years. She has a strong Pan-African perspective as an alumna of the British Council’s Pan-African InterAction Leadership Program, aimed at building Leaders with a heart for Africa. She is passionate about leadership and people development. In her spare time, she provides guidance and counseling for women, youths and teenagers.

She obtained a specialist MBA in Corporate Social Responsibility (CSR) from the International Centre for CSR, Nottingham University Business School, UK; and an executive diploma in Strategic Christian Leadership/Theology from the Redeemer’s International Leadership Academy (RILA), Nigeria. Chinyere is currently a Doctoral student at the Business School Netherlands.

Professionally, she has over 25 years work experience, providing advisory services on strategy, risk management and corporate governance. She currently leads series of corporate governance interventions with regulators and institutions across sub-Saharan Africa.

She lives in Lagos, Nigeria where she serves alongside her husband, Pastor Obi Almona, who is the Pastor-in-charge of RCCG – New Dawn Parish, Surulere. They are blessed with three teenage children.