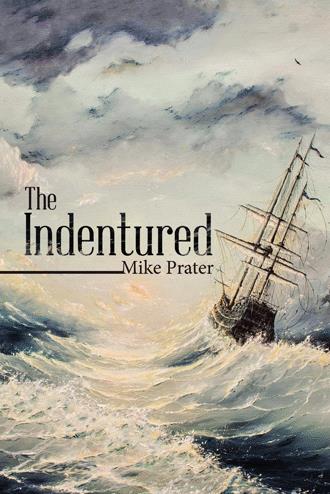 John loved Chastity. That is how our story begins and the premise of what I am about to tell you. This is a love story of sorts, but one unlike any you have ever heard before. You see, John and Chastity lived in a time of great change. By today’s standards, we would say they lived in poverty, though people were too busy surviving to think about it. The great majority were of lower-class society. It was a time when one generally did not rise above his standard of living. It was expected that a man would live and die shackled to the existence in which he was born. Fathers trained their sons to follow in their trades, for that was just the way things were. However, on rare occasions, one might escape to a new life and beginning, but that usually meant following their king into war, and that always had an uncertain outcome.

Our setting is the early years of the seventeenth century. England still struggled to embrace Protestant beliefs. There were many, even among the monarchy, who wanted England to remain Roman Catholic. There were others who felt that the Church of England had not gone far enough with its beliefs and wanted religious freedom. Added to this mix was the hope for new opportunities in a place called America.

John was born to James and Martha. It was a time when surnames were given by account of one’s living or occupation. James had milk cows. Over time, he, like his family before him, became known as James Dairyman. Others like James might have been known by the name Farmer. Either way, the name was indicative of a man of a simple, humble existence who scratched out a living on the land.

In seventeenth-century England, men were expected to grow up into the family business. John Dairyman, raised a humble, lowly dairy farmer, dared to rise above his station by becoming a blacksmith. But when his talents exceeded his master’s, John’s life and the course of events that followed sent him on an amazing, life-changing journey that would take John to America.

The Indentured is a dramatic, action-packed love story that follows John’s exploits along with his beloved Chastity as they leave England for the wilds of the American Atlantic coast. Author Mike Prater draws from tales of his family’s history, offering a unique historical perspective that allows him to capture life as it existed when the first Englishmen came to the undeveloped shores of North America—including how they dealt with the turmoil during England’s civil war and the effects it would have on shipping, the people, and the settlements in the New World.

John and Chastity live in a time of great change. Yet together and with God, they will move ever higher in life and in faith as they reach for the renewed hope of a young new country and its many opportunities for growth, faith, and love.

Mike Prater is a preacher, teacher, engineer, songwriter, singer, historian, brother, father, and friend. But to all he’s simply Mike. Mike grew up in southern Ohio and was strongly influenced by the culture of the Appalachian people, and he never forgot his roots even though he moved from his home when he joined the US Air Force. The things he has learned and experienced since leaving his beloved home have provided a rich backdrop to his writing.