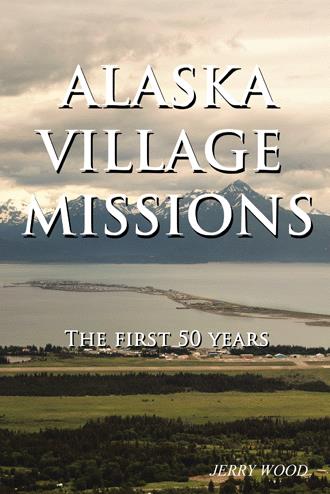 Alaska Village Missions: The First 50 Years is a story of a man and his family seeking the will of God. Pastor Ray Arno left the small church he pastored in Wisconsin and made his way to the Alaskan frontier. Arno’s original intent was to serve in villages of Alaska, to see the Gospel message spread by whatever means possible. However, God had another plan in mind and would soon being to bring about the construction and birth of a Bible school in Homer, Alaska. Initially, God’s plan seemed to be a great struggle; however, as they patiently continued the work God had called them to, he provided resources, help, and the determination to stay the course. The stories and events that followed would not only stretch his faith and shock him, but they would also indelibly show off the power of the living God.

God’s power remains in effect with Alaska Bible Institute, founded in 1965, and its parent organization, Alaska Village Mission, founded in ’64. Our hope in sharing this story is that it may bless, encourage, challenge, and inspire you to respond to the call God has for your life.

The author, Pastor Jerry Wood, holds two masters degrees from Asbury Theological Seminary and has written and published two other books, “Pentecostal Holiness, the Life and Preaching of Henry Clay Morrision” and “Discovery to Catastrophe”.