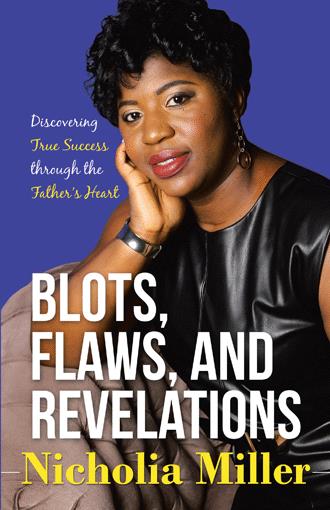 We know that while we live in the flesh, the enemy will oppose us despite God’s victory over him (John 15: 18–21); Jesus was opposed when He lived on earth, so we, His followers, will face the same troubles.

However, our trials will not be forever! The enemy works overtime to try to cause us to lose our faith as he knows his days are numbered. When we show determination to serve the Lord and live for Him, we are thedevil’s targets; he hates us and is jealous of our relationship with Godand our future. Since he knows what awaits us (Revelation 4: 8–11,21–22), he is desperate to rob us of our joy and faith, and ultimately ourfuture with Christ. Is he able to do this? No, he cannot—if we abidein God and allow Him to be our Lord, the enemy cannot hinder ourrelationship with Him. God will fight for us and we will hold our peace(2 Chronicles 20: 17). We know that we can trust Him to bring us

through any difficulties thrown our way in the devil’s useless attempts to win the confidence which we have placed in our Creator. We also know that the word brings life and victory, and that we overcome by the blood and our testimonies. So when we need a word to remind the enemy of his demise, Revelation 20 does a fantastic job of allowing us to put our bright futures into perspective, and highlighting the darkness within which the enemy will spend eternity.

When the enemy tries to make us doubt whether we have bright futures or hope, we should remind him of the fact that God defeated him in the past and we are saved because of that victory. We should also remind him of his very bleak future; he will be bound for a thousand years, robbed of his power to deceive the nations. Seemingly, when the Bible was written, thousands were akin to millions today—thousands were the highest denomination of numbers as are billions and trillions today. Regardless, the truth is unchanged: the devil’s time is limited.

In the text, an angel came down from heaven, with the key to the bottomless pit. This same angel grabs the wretched, slimy serpent, and binds him for a thousand years. This angel will clearly operate under the instruction of God, who clearly does not even find the enemy worth His time! An angel appointed by God will do His messy work for Him—one angel. There is no mention of a battle or struggle—the devil will be bound and imprisoned. If Satan is as powerful as he deceives us into thinking, surely he would exercise more power in this situation. Surely he could defeat one angel (what he once was) to save his skin! We know that we wrestle against principalities and powers (Ephesians 6: 10–18), but we also know that Jesus is risen and seated high above all principalities and

In addition, we should remind the devil of his future after those years. After the thousand years, he will be released from prison, and we know that during his period of confinement he will surely be plotting to try to overcome us on being released; he will desperately seek followers and sadly gain those who will wage war against the saints, but will they win? Will the saints be cornered and defeated? Of course not! God will send fire from heaven to devour all these enemies! Amen!

When his army (limited in power and ability to harm God’s people),is defeated, the enemy too will be defeated forever; he will be cast into the lake of fire and brimstone, to be tormented forever, along with his evil forces! In truth, we know how his story ends and can rejoice, not because it will be done, but because if God said it, it has already been done! Amen! The fire he intended to use to torture us who overcome will be for his doom—not ours! The adversary, along with all his evil forces, is defeated; note the enemy’s end—everlasting torment!

We may face pain because of his schemes, but it is not as painful or detrimental as being banished from God’s presence forever and facing unending torture. God has secured our victory from every troubling situation (Psalm 34: 19). The wretched enemy will be tormented forever!

The devil is defeated and he knows it; if he did not, he would not be frantically trying every ploy available to deceive us.

Do not be deceived when you face adversity; the adversary is defeated! God has already won the victory and we can rejoice in that. He will be bound for a thousand years, frantically seek an army to try to defeat the saints, watch that army being burnt to death, and finally be thrown into a lake of fire to be tormented forever. What a mighty victory for the kingdom of God!

When you feel oppressed, are attacked, or simply want to torture the devil, remind him of his future; he’ll be bound by one angel, (with) one key and one chain, and thrown into a bottomless pit for a thousand years, and after his final desperate attempts to ensnare God’s people, be eternally doomed to torment in a lake of fire and brimstone! The enemy will obviously not like to hear these reminders, but the word of God—the truth—has already secured our victories. Amen!

From the time she was a child, Nicholia Miller’s mother primed her to serve God. As Miller grew, she regularly attended Sunday school, prayed with the family in Sunday morning devotions, and saw her mother’s dependence on God and commitment to pray. Nonetheless, it took Miller many years before she finally gave her life to the Lord.

Perhaps like Miller, you have struggled in your relationship with God. She has much empathy and compassion for those who are indifferent towards God and are confused about His word. In Blots, Flaws, and Revelations, Miller shares the story of her spiritual journey, offering testimonies of God’s faithfulness. She tells how she discovered a more personal and revelatory relationship with God and how He has taken her through different seasons of knowing Him. In each season, He used the mundane and the experiences she would have considered mere blots and flaws to accomplish His purpose in her life.

Through her personal narrative, Miller helps others develop their relationship with God and an understanding of how He reveals Himself. Blots, Flaws, and Revelations examines how her encounter with God took her from instability in her faith to a deeper understanding of His word.

Nicholia Miller was born in Jamaica and has lived in the United Kingdom since 2004. She pursued studies in both English Literature and Education in Jamaica and the United Kingdom at The Mico University College (The Mico), Middlesex University, University College London, and briefly at London Metropolitan University. She currently works as a teacher and middle leader, inspiring teenagers to develop a love for writing and analysis.