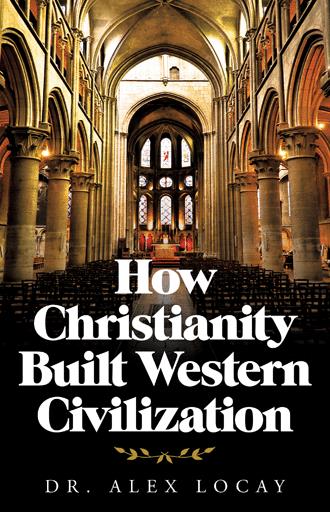 Each chapter unfolds chronologically, starting with the Biblical foundation and moving through the work of the early church and arriving at modern times. Nothing has yet been published that puts all the great social achievements of our forefathers within their proper historical content in one book. Because it is written in popular language, the book will be an invaluable resource for all Christians, but specifically for apologists, historians, pastors, evangelists, politicians, homeschoolers, Christian educators and others. Over the past thirty years, atheists have become ever more strategic and outspoken. The past decade in particular has seen the rise of a new strain of atheism that does not merely reject God, but is hostile towards religion in general and Christianity in particular. Often referred to as the New Atheists, to make their case against Christianity they’ve incorporated a plethora of tactics with the intention of discrediting the Biblical worldview. By arguing from the exception, fabricating history, misinterpreting scripture, and labeling Christians, these secularists have effectively branded Christianity a medieval religion of bigots and homophobes. Unlike their forefathers who made philosophical arguments against the existence of God, the New Atheists smear social movements and rewrite history to further

their cause. One of their favorite targets has been Christianity’s contributions to history, which they have successfully limited to the Inquisitions and the Crusades, as if that is all Christianity has to speak for. Why do so many Americans even know about these two events, as they would otherwise fall into obscurity given the amount of wars taking place during the Middle Ages, if it not for the fact that atheists continue to bring them up as a blanket example of the evils of religion and Christianity.

As for erasing Christianity from history, it didn’t take much, just omit the fact that the first hospitals and universities were built by Christians in the service of God and omit the fact that men like Locke, Newton, Blackstone, Wilberforce, Penn, Boyle and others made their case for freedom, equality, emancipation and scientific inquiry using Biblical arguments, and you’re almost there. Next just repeat myths like, “Most wars are religious wars” and “Human rights are the product of the European Enlightenment” long enough and presto, by default you have a world built on secular ideology. There are several reasons why this should be important to all

Today, the voices from the secular left are hard at work removing any trace of religion from government and the law. Meanwhile, secular historians have successfully limited Christianity’s contribution in history to the Crusades and Inquisitions; as if that is all Christians have to speak for. The real story is quite different, primarily that everything good in Western Civilization has its roots in the Christian religion. How Christianity Built Western Civilization is the epic tale of how our Christian forefathers stood up to history’s darkest forces, to forge a new way of life, grounded in the biblical worldview.

Over the centuries it has become evident that Western Civilization has emerged as mankind’s greatest achievement. It is here where the greatest political and economic systems were born, and here that we see the concept of human rights emerge, along with the modern scientific process and the greatest discoveries. It is in the West that we find the most advanced educational institutions, along with the greatest charities, artistic masterpieces and architectural innovations. Is this a coincidence, or the deliberate result of our worldview?

How Christianity Built Western Civilization answers this question with chapters on human rights, modern science, universal education, charity, art and architecture; focusing entirely on the revolutionary milestones and individuals that made these achievements possible. Each chapter unfolds chronologically, starting with the biblical foundation and moving through the work of the early and Medieval Church, arriving at modern times. The author builds a compelling case demonstrating how Western Civilization would be indistinguishable from India, China or Africa today, if not for the teachings of Christ and the Bible.

Alex Locay received a BA from the University of Miami, as well as an MBA and doctoral degree from Nova Southeastern University. He is the founder of FaithFromEvidence.org a Christian ministry that helps churches establish an apologetics and evangelism program. Alex lives in Florida with his wife Christine and their two daughters.