An Engineer’s Examination of the Physical Evidence for Christ 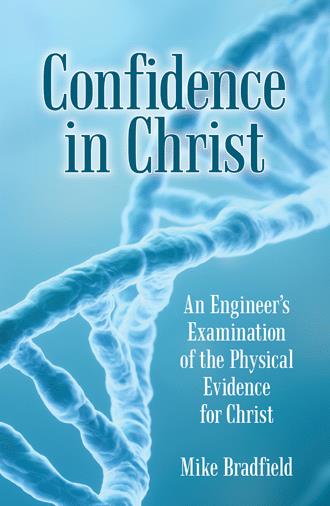 The so-called ‘Molecular Clock’ or ‘Genetic Clock’ is based on this constant increase in number of mutations occurring during DNA reproduction for each generation. By knowing the mutation rate per generation, and the mutation differences between modern man and his mutation-free ancestors, along with an estimate of the average time span between generations, the age of modern man as a species can be back calculated.

The problem with this technique is that it can be, and is, misused. Until recently, factual empirical data concerning the mutation rate was not available. Therefore it was back calculated based on assumed dates of fossils fitting evolutionary thinking. Hence it was a sort of dirty little secret involving circular logic to the uninformed or casual reader, and seemed to reaffirm man evolved from a common ancestor with apes millions of years ago. With the completion of the Human Genome Project, however, tools and techniques are now available enabling detailed DNA studies to empirically determine the mutation rate.

With the state-of-the-art tools, what have qualified researchers found? One of the first conclusion reached is the genetic differences between any two individual people alive today is much smaller than originally thought. This directly implies the age of the human race is much younger than originally thought. Modern man is not millions or even hundreds of thousands of years old as claimed by evolutionist, modern man is less than 10,000 years old.

One such early secular study, published in 1997 by Thomas J. Parsons et al, titled “A high observed substitution rate in the human mitochondrial DNA control region” states, “The observed substitution rate reported here is very high compared to rates inferred from evolutionary studies.” In other words, this early DNA study by evolutionary minded researchers, countered their group-think regarding what the observed mutation (substitution) rate should be based on evolutionary thinking. Further, they state, “Using our empirical rates to calibrate the mtDNA molecular clock would result in an age of the mtDNA MRCA (most recent common ancestor – aka Eve) of only ~6,500 years ago.” This secular, evolutionary supporting research study dating of the origin of man to 6,500 years ago agrees quite nicely with the Biblical dating for Adam and Eve of 6000 years ago.

A more recent research by Dr. Nathaniel T. Jeanson, combined the raw test results of three other recent mutation studies (Guo et al. 2013, Rebolledo-Jaramillo et al., and Ding et al. 2015) to achieve a larger sample size and then applied statistical analysis to the results. Based on whole mitochondrial DNA genome mutation rates, he computed the 95% confidence bands for the DNA differences expected after 6000 years and arrived at 20-79. The actual DNA data came in at 38-40, almost squarely in the middle of the predicted range, thus indicating mankind is only 6000 years old.

Another research group, Jacob A. Tennessen et al. (23 researchers), published their findings in 2012 titled, “Evolution and Functional Impact of Rare Coding Variation from Deep Sequencing of Human Exomes.” In their paper, they describe the discovery of a recent acceleration of the human population growth starting 5,115 years ago. This aligns with the Biblical account and dating for Noah and the flood.

Still other researchers, Dr. John C. Sanford and Dr. Robert Carter, statistically analyzed over 800 human mitochondrial sequences from around the world to reconstruct a representation of Eve’s original DNA sequence. They determined the average human is only 22 mutations removed from the original Eve mitochondrial sequence while some individuals were as much as 100. Based on a recent study indicating a 0.5 per generation mutation rate for the mitochondrial sequence, they concluded “it would only require 200 generations (less than 6,000 years) to accumulate 100 mutations.” Again, this aligns with Biblical dating for the origin of man.

So what does all of this mean? First, the factual, scientific DNA evidence clearly indicates man and chimps did not descend from a common ancestor. We are not here as the result of Darwinian evolution. We are a totally different species from orangutans, gorillas and chimps. Sure humans share a lot of DNA with chimps, but that points to a common designer who used similar building blocks for our physical design. Further consider the same metrics showing we share 96% of our genes with chimps, would also show we share about 90% of our genes with cats, 85% with mice, 80% with cows, 61% with fruit flies, 60% with chickens, and 60% with bananas! Second, per worldwide mtDNA studies, modern humans are only about 6000 years old as a species just as the Bible indicates. Coincidence?

Has science proven that the Bible is an archaic artifact and that Darwin revealed the origin of life? Not so. In fact, recent developments in a wide range of sciences such as physics, astronomy, archaeology, and human genome DNA studies continue to reveal that what the Bible has been saying all along—and all alone—is exactly correct. As scientific discoveries have been exploding over the last several decades, the evidence supporting the Bible and the Christian faith is exploding right in step with these new findings. The closer science draws to the ultimate truth, the closer it draws to the Bible and to revealing just how correct the Bible is concerning the origin of the universe, life, and the historicity of Jesus Christ. In Confidence in Christ, author and engineer Mike Bradfield starts at the beginning of time and proceeds chronologically, pointing out exciting scientific evidence to support the Christian faith. The easy-to-understand format addresses a number of questions: • How did the universe begin? • Does the big bang theory eliminate God? • Did God really create the entire universe in six literal days? • How did life begin? • How do dinosaurs fit in the biblical timescale? • Did we evolve from apes, and what are human genome studies revealing? • Is humankind millions or thousands of years old? • Is there credible evidence outside the Bible for Jesus? • Is Jesus really the prophesied Christ? The eye-opening evidence in Confidence in Christ should cause you to pause, rethink, and reaffirm your views of the validity of the Christian faith.

Mike Bradfield is an engineer with a master of science degree in mechanical engineering from Iowa State University. He has over three decades of experience in industry and holds more than seventy patents. Bradfield has studied and taught Christian apologetics for over twenty years. He and his wife, Lonnie, have two children and reside in Central Indiana.