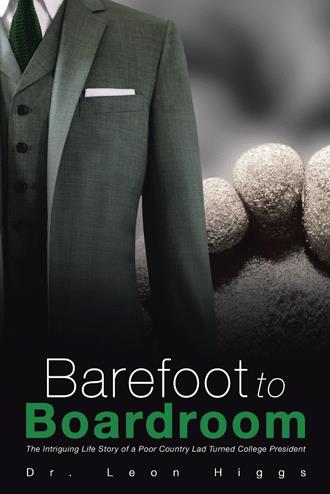 “I am an Andros boy from a big family and a small settlement!”

In the 1950s, the road to Kemp’s Bay, Andros, was a dusty, country route that followed the Contour of the shoreline. It was quiet and long, like many of the days for the people in the settlements it served. Outsiders used the road for trade—fishing, farming, lumber. Many came by boat.

As a boy, Leon looked up that road just as he looked to the sea, knowing that beyond where either could carry him, beyond Nassau, hub of the nation, there was a world that would give him gifts and skills that he wanted and needed later on in life. Leon could have been a fisherman or farmer, like his father. Or he might have become a minister, as some members of his church had wished for him. In a literal sense, he chose a path quite different from any of these, but in a symbolic sense, he has been a fisher of men and opportunity, has cultivated great ideas in business and educational development, and has ministered to many communities religious, social, educational and economic. Although Leon’s career path has at times taken him far from The Bahamas, he has prepared his entire professional life to apply his vision to educational administration and development in The Bahamas.

In Barefoot to Boardroom he has chronicled his journey from Johnson Bay, Andros, to his retirement from the Ministry of Education, Science and Technology, as the Secretary General for The Bahamas National Commission for UNESCO. Along the way, he has made stops to share with you, important milestones. You will get an opportunity to take a glimpse of his impoverished upbringing in Andros, and later on in Nassau. But you also get to see some of the wonderful people in his life, some family members and others - just angels - who have loved and nurtured him into the man that he has become.

Glimpses of Leon’s family life, including his relationship with his sons, and an incredibly turbulent marriage, (including his divorce and remarriage), should intrigue you. Leon’s days in the United States as a student, a professor and later on as an administrator will give you an enjoyable reading experience. Serving as a professional in the educational system of The Bahamas, including being the President of the College of The Bahamas, (now the University of the Bahamas) will give you glimpses of his contributions to the development of The Bahamas.

Overall, Barefoot to Boardroom is deliberately designed to remind all that each individual has a dream. The critical issue is what we do with that dream.

This book was written to encourage those whose hopes dwindle in the face of hindrances. I share with you my journey to success so that it might inspire others not only to dream but to make those dreams a reality! With God, all things are possible.

As a boy, Leon asked, “What’s beyond Nassau?  What adventures await?  He could have been a fisherman, farmer, or minister.  He asked for God’s intervention, and he became a unique fisher of men.  Though his journey took him far from The Bahamas, he returned to a greater and higher vision.

Barefoot to Boardroom chronicles Leon’s unique journey and important milestones.  His rise from an impoverished upbringing to an accomplished educator is noteworthy.  As you follow his journey, you will meet people who nurtured him.  You will gain insight into his relationship with his sons, a turbulent marriage, and an intriguing rebirth.  Leon’s stay in the United States provides for exciting reading, but his rise to a college presidency in The Bahamas, a Director of Higher Education and the Secretary General for The Bahamas National Commission for UNESCO is insightful and motivational.

Barefoot to Boardroom reminds us of our dreams and how to convert them into realities.