How Are You Paid? 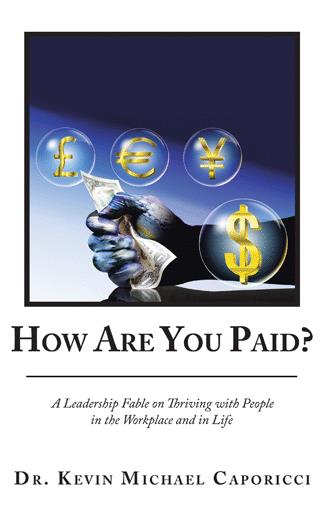 Once there was a recent college graduate who dreamed of becoming a successful entrepreneur. A smart and bold young man. His sole purpose for attending college was obtaining the necessary knowledge and skills to become a successful businessman. A powerful entrepreneur as many he admires have become. The time was right for the dream to become reality.

Deep in thought, he mumbled to himself, exuding immense confidence, “I can’t wait to be rich!”

Today was the day he would embark on the technology company he had always desired. He had all the plans laid out in his mind.

The young man thought again about all of the tough businessmen he learned about in business school.

“I will be just like them! I’ll show everyone,” he convinced himself.

He was very dedicated, hardworking and filled with pride. As a new and headstrong entrepreneur, he became very excited about the successes to come. He never felt so confident.

As the company developed, it seemed that the young man was working 24 hours a day. He put everything in place and started earning some clients. Quickly he started to hire employees to assist him in running the company.

The company grew, but the young man was very demanding on his employees. He was always there before them and left after them. He was clearly dedicated to the success of the company.

With a smile, he thought to himself, “Leaders lead by example. When they see me putting in enormous hours, they will feel obligated to do the same.”

One evening, the sales manager requested to leave a little early for his sons soccer game. The young man berated the sales manager for not taking the job seriously, “It will be your fault if we don’t make the sales goals this month! There will be other soccer games, get on board with making my company successful. If I work late, then you work late!”

The sales manager stuck around unwillingly. He called his family and said that he couldn’t make the soccer game. The young man felt satisfied he had made his point. The sales manager understood his priorities and would certainly follow his example in the future.

A week passed and the sales manager sent an email to the young man requesting to come in a bit later because his son had a dentist appointment. The young man was shocked and even insulted by the request.

The young man responded, “I thought we had this discussion and we were both clear on what was important. From now on the business comes first!”

The next morning, the sales manager came to the young man’s office and asked, “Do you have a minute?”

With his back to the sales manager, typing on his computer, the young man said, “Sure, make it quick.”

The sales manager said, “I am submitting my resignation effective immediately.”

He thought to himself, “I can’t be the only one to go through this dilemma. I need to find others and seek out their council.”

A smile from ear to ear appeared on the young man’s face. He remembered his favorite professor and joy entered his heart. He was a very successful entrepreneur, always happy, never stressed, the employees loved him and were extremely loyal.

“Why hadn't I thought of him before? I must seek the professor’s advice.”

The professor was always open to sharing his opinions and experiences. He remembered all the great stories of corporate and entrepreneurial successes that the professor experienced. He made it sound so simple and even a fun journey with the employees.

The professor gave him an appreciative nod then asked him to sit and the young man told him the story of his company.

The professor asked, “Oh, so you took the time to understand how your employees wish to be paid?”

The young man wasn’t sure how to respond and glared at the professor, saying, “A paycheck…right?”

The professor’s smile was telling that I clearly received a new homework assignment. He looked down and said, “Think about the question a bit deeper and come back when you’re done.”

Determine what makes a person happy by determining what is important to that person.

This is one of many lessons inside the book. Thank You and Happy Reading!

How Are You Paid? is a story about a young man starting a company and finding difficulty along the way until he meets his old wise professor who challenges his way of thinking. These challenges provide the young man with a profound life changing experience.

Through a series of meetings, the professor leads the young man to self-discovery on the single most important aspect of running an organization. While frustrated at times, the young man awakes into a new world with endless potential.

With the professors’ mentoring, the young man completes a journey of awe and intrigue as to the key to business and personal life success.

It is your turn to uncover the same discovery as the young man and thrive with people in the workplace and in life.

Dr. Kevin Michael Caporicci, received a Bachelor degree in business from Chapman University, an MBA degree from the University of Redlands and a Doctoral degree in Organizational Leadership from Pepperdine University.
Dr. Caporicci has been a Section Manager at NASA’s Jet Propulsion Laboratory for 11 years, as well as, a Professor for the last 10 years, including 5 years at the University of Southern California’s Marshall School of Business.
He has authored several leadership papers along with his dissertation on Leadership.