Ancient: Windows to the past producing gateways to the future. 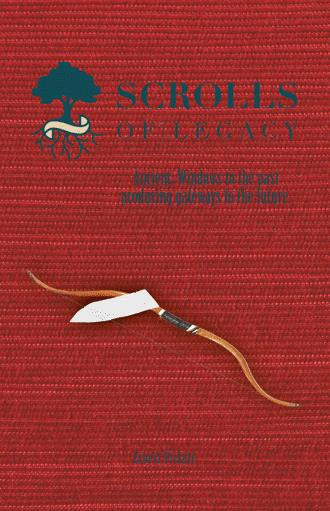 Ya’aqov began to single out the enemy in front of him and ready himself for the clash ahead. From the battle yesterday, he knew the enemy seemed almost void of strategy. They appeared to hope sheer numbers and a total rush of bodies would overcome their opponents. Time after time the previous day they had staged mass running charges into the Hebrew lines. Hanok’s spear was extremely helpful to slow them down and give time for Mosheh and him to act. But now, where was he? So far, it looked as if the enemy had not changed its tactics as they turned and ran to meet the Hebrews. The space between the two armies began to shrink incredibly fast as Ya’aqov saw arrows from Mosheh’s bow going forward and inflicting their damage. Ya’aqov was always amazed at how Mosheh could shoot while running and yet still be so accurate. Now they were at a few paces, and Ya’aqov picked a man already shot with one of Mosheh’s arrows to take on first, because he knew he would fall easily, and his body provide at least a small obstacle for the enemy running behind him. Ya’aqov’s mind raced at unbelievable speed not really thinking, but only reacting to what came in front of him, and then the next, and the next! Block that raised sword! When his sword hits my shield, use my sword! Clouds of choking dust, noise, yells, the dank smell of sweating bodies on every side. Fear as close as your arm and at the same time a strange calmness of being lost in the moment and completely focused. Time was only sequence and result, and then something more to react to. He had no sense of how long this was taking or beginning or ending, only doing what had to be done now! Out of the corner of his eye, Ya’aqov could see Mosheh’s sword hacking and slashing and felt an instant of relief both for Mosheh’s safety and that he was covered from Mosheh’s side. The brunt force of the initial clash was subsiding a little, and Ya’aqov was delivering devastating blows, but now almost standing still, not moving forward or losing ground. Like yesterday, while the enemy lacked nothing in zeal to fight, Ya’aqov seemed able to be just a little quicker and make the right move to make the damaging sword thrust before his opponent could counter. Help me Father! Ya’aqov prayed in his mind, give my arms strength! Let us prevail in your Name! They were toe to toe now, and men were stumbling and falling all around.

Ya’aqov stepped out into the sunlight and looked toward his house. Sarah was sitting in front with sewing in her lap and Eli was running around her, very interested in whatever game he was playing. When he was close, she looked up and smiled.

“Well he said he would,” Ya’aqov answered doubtfully. “I leaned on him a little not to back out. But I’m really worried about some of the things that are going on with him. It’s like he’s a different person. He’s so angry. There’s no mercy in him like there used to be.” Ya’aqov sat down close to Sarah looking at Eli but deep in thought. They sat in silence.

“A well of hate, anger is the water,” Sarah said not looking up from her sewing. “It’s the anger that is taken out and spread around, but it’s the hate that makes it.”

They were quiet, sitting in the shade, watching Eli play. Then, she took hold of Ya’aqov’s hand, leaned her head on his shoulder and said, “What’s the hate, my husband?”

Ya’aqov was always amazed at Sarah’s wisdom about people. He smiled a little as he once again enjoyed just how much he loved her. Yes hate, he thought, yes, it is hate.

“Oh, I’m sure it’s many things,” Ya’aqov said, talking out his thoughts. “He hates how he can’t walk, he hates how he does walk, what he can’t do anymore, how he won’t be able to feed his family, how he is stuck in his house, how such a stupid thing could happen. I suppose he hates just about everything right now. Maybe the worst is he knows that his leg will never get better, and he hates that truth.”

“What do you think we should do?” Sarah asked. “I will follow what you say, but you cannot allow him to continue to treat his wife as he is.”

“I agree,” Ya’aqov nodded slightly, watching his son. “El’azar said it may take a long time, but I don’t think I can wait forever. I’m not going to just stand by and watch him destroy his family, I can tell you that. But for now, we will try to understand and help them however we can. You continue to stay close to Rivqah and give her a good place to talk of her troubles. I know you have been very helpful to her. You have been so loving and kind to her. I’m very proud to see you caring for her as you have.”

“Let her talk all she needs to, but don’t allow any talk of divorce,” Ya’aqov continued. “Tell her we will all get through this and assure her that things will get better.”

They sat watching Eli deep in his adventure of some sort of battle. Jumping and fighting, yelling and running to who knows where…dusty, dirty, and having the time of his little life.

“Thank you for being my wife, my love.”

As she turned and looked up to him, he raised her face slightly, and kissed her.

Raqel would accompany Mordecai as much as possible, and of course she relished the stories about Mosheh’s life in his village. She became very good at not seeming as interested as she was. The more she learned, however, the more she loved.

This is a Scripture-honoring novel of action-adventure, romance, and real-life struggle. It features a culture of relationships tested through war, love, weakness, and triumph. These heroes are not outwardly exceptional—they fail, they don’t know what to do, they become angry, and some are beaten down by others—but they are used in amazing, life-changing ways that rise to move even the heart of the king!

Go with them into the unknown of far-off exploration. Face the enemy in hand-to-hand combat. Meet the Black Sheik, the old shepherd, and the mysterious “Scrolls of Legacy.” Will the love for a lost young wife ever be felt again? Will a family be split apart by adversity?

Set in the land of Israel around 1000 BC, it is both a link to our faith’s roots, and an understanding of how scriptural principles are timeless.

“I have noticed, those having the greatest Spiritual impact on my life were ordinary people. Ordinary people who were not afraid to seek their Creator and Savior according to the Hebrew Scriptures ( Torah, Prophets, and Writings — the Old Testament ) and Messianic Writings ( the New Testament ) and who were willing to change their lives to follow Him. All of us have gifts and talents. They may take work and practice to develop, but they are there, even if we think we have nothing to offer. It is our Heavenly Father who will utilize us to our greatest joy and potential — if we will give Him control.”