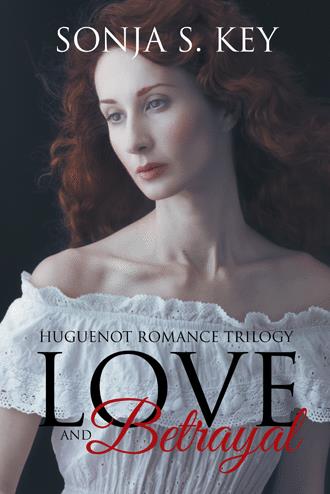 Today was special. It was the day of Camden’s coronation. Violette Montmorency had waited for this day forever. She had faced many obstacles in raising her son. Today was the fulfillment of those victories. Camden, her only son, was twenty-three years old and eligible for nobility status in France.

Violette smiled as she sat before the mirror and wove a string of white pearls through her raven hair. The pearls highlighted the chignon on the crown of her head. What would the day hold?

Her husband Thomas came to the door. “Aren’t you ready yet?” He said softly as he came to stand behind her, placing his hands on her shoulders. He talked to her through the mirror.

She glanced at him in the mirror and said, “Almost. I just need to find my earrings.” She reached up with her right hand and covered his hand with hers. “Go ahead and I will meet you downstairs.”

Thomas bent down and kissed her on her right cheek. “You look lovely.”

Violette turned her head towards him. He kissed her lips. “I’ll wait for you downstairs.” He stood up, grabbed his hat, and rushed out the door.

These had been seventeen happy years. Like a fairy tale, their marriage was filled with passion, love, and affection. She worked by Thomas’s side every day making the Montmorency Vineyards the best in Italy. She hosted the wine tasting parties and took care of their clientele and guests. Life was dreamy. Violette sighed. She stood up. “Now where did I put those earrings?”

She opened her purse and poured the contents onto the dressing table. Surely the earrings were in here. She raked through several items but no earrings. Instead, she uncovered a strange letter with her name on it.

She bit her lip.

Violette received very few letters. And this letter was strange for it had no envelope and it wasn’t sealed; it was just a sheet of paper folded in half with her name written on the front. Who sends a letter in this condition? The only way it could have gotten to its destination was if it was sent inside another letter in a proper envelope.

As she had packed for this trip to France, she had searched Celine’s wardrobe for extra warm undergarments. She had found the letter stuffed beneath bunches of winter hose and scarves in the bottom drawer of the wardrobe. The original letter must have been addressed to her sister-in-law, Celine.

Suspicious! Why was it hidden? She scowled.

Why do people hide things? Out of fear? Did it hold bad news? Her jaw clenched. Was that why Celine had hidden it from her? Why hadn’t Celine given the letter to her at the time it was received? Violette turned the letter over and back again. No date appeared on the letter. Maybe the date was on the inside. A shiver ran over her. She was afraid to read it.

A shimmer of gold caught her attention. It was the golden locket. She couldn’t resist opening it. Inside was a picture of her mother, Jeanne. And on the other side was the scripture that had sustained her through life’s hard times. It read, ‘The Just Shall Live by Faith.’

She held the locket to her chest and thought of Ty. How she wished he were here for this special occasion. Sadness engulfed her. She must not cry. She brushed away the tears.

She searched the purse contents again. There lay the earrings lurking behind a kerchief. She retrieved the earrings and stuffed the golden locket and the rest of the contents back into her purse—including the suspicious letter. Today was a special day and she wasn’t going to let the strange letter spoil it. I’ll read it later. 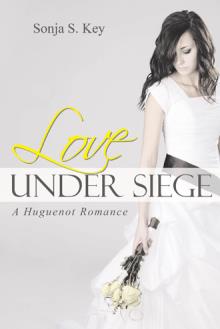 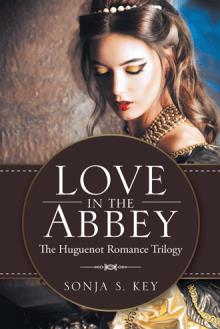 Violette and Thomas are in France for Camden’s coronation into French nobility. Married for seventeen years, their happiness is threatened by the arrival of a suspicious letter from the past, which threatens to destroy their love and marriage.

Mary, queen of Scots, seeks refuge in England, hoping that Queen Elizabeth will restore her to the Scottish throne. Instead, Mary finds herself Queen Elizabeth’s prisoner. She is entangled in a murderous plot to assassinate Queen Elizabeth. Mary’s life hangs by a thread.

In the parable of the talents in Matthew 25:14-29 there was one man to whom God gave just one talent. Sonja S. Key is that one talent person, who has invested that one talent according to God’s word and has received more talents along the way including being an author of three historical romance fiction novels. She lives in the North Georgia Mountains with her husband, Jim Key.