The Would Be Tree 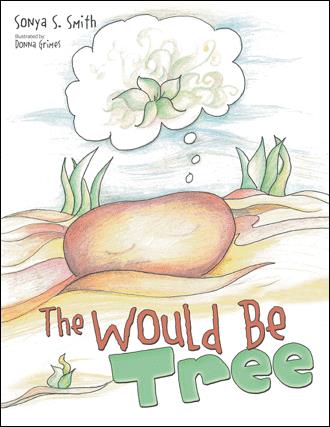 One day, the plant looked up and was surprised at what she saw. It was The Gardener! She knew he was around, but he had never come so close to her before. Without warning, she felt a pull. That pull was making her uncomfortable. The Gardener seemed to be loosening the dirt around her. This made no sense to her. She was doing fine! Why was he disturbing her now? What happened next was unimaginable. The Gardener pulled the plant from her dirt. She was more than uncomfortable. Now it hurt! He even shook the remaining dirt from her roots.
“How could you be doing this? Why now? Why me? I'm no weed!” she cried out to the Gardener. Yet, she received no answers.

The Would Be Tree is the story of a seed who planted herself in a place she had chosen, and there, she grew into a small plant. Her biggest concern was becoming a plant, not a weed. The green leaves she showed convinced her to make herself comfortable right where she was. But life was not what The Gardener had planned for her. Her unexpected journey includes pain, confusion, and fear, but His plan proved to be better than she could have ever imagined.

“For I know the plans I have for you,” declares the Lord, “plans to prosper you and not to harm you, plans to give you hope and a future.” Jeremiah 29:11

“We settle for what we think we are or what others tell us we are, instead of growing into who we were created to be. Sonya has captured the struggle of comparison and the joy of growing into your God-given potential. The Would Be Tree will be read to children by adults seeking the same revelation.”

Sonya Smith does not consider herself a writer, but a servant of Jesus Christ who is eager to go where God leads her. Her life verse is Jeremiah 29:11, which she credits for her interest in reading the Bible and growing in her personal relationship with Jesus Christ. She has a great love for art and enjoys creating clay sculptures, many of which depict stories from the Bible. She lives in Roanoke Rapids, North Carolina with her beloved husband Timmy. They share four children together: Holly, Tyler, Elijah and Landon. It is her prayer and desire to help others, of all ages, build trust and find hope in the circumstances of life’s journey through a relationship with Jesus Christ.