God Is Greater Than You Think 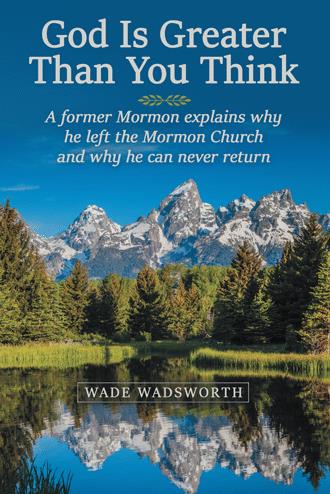 Both the Roman Catholic Church and the Mormon Church insist upon apostolic succession to transmit church authority. The fact is that God never intended for apostolic succession. The office of Apostle is a very exclusive office. The Apostles were chosen directly by the Lord and given miraculous gifts by Him to attest to their divine appointment. "And when he had called his twelve disciples, he gave them power against unclean spirits, to cast them out and to heal all manner of disease. Now the names of the apostles are these; The first, Simon, who is called Peter, and Andrew his brother; James the son of Zebedee, and John his brother; Phillip, and Bartholomew; Thomas, and Matthew the publican; James, the son of Alphaeus, Lebbaeus, whose surname was Thaddaeus; Simon the Canaanite, and Judas Iscariot, who also betrayed him" (Matthew 10:1-4).

There is a special relationship between the Apostles and the nation Israel. Their future assignment in the kingdom of heaven will be to sit as judges over the twelve tribes of Israel. "Then answered Peter and said unto him, Behold, we have forsaken all, and followed thee; what shall we have therefore? And Jesus said unto them, ‘Verily I say unto you, that ye which have followed me, in the regeneration when the Son of man shall sit in the throne of his glory, ye also shall sit upon twelve thrones, judging the twelve tribes of Israel’" (Matthew 19:27-28).
After the rejection of Christ by Israel, the Apostles became foundation stones for the church. They received the Holy Spirit, and preached the gospel to Jews and Gentiles.
There was one last indispensable qualification for being an Apostle. The person had to have been with Jesus from the beginning of His ministry all the way through to the ascension, being an eye witness of the resurrection. Matthias met this requirement. "Wherefore these men which have companied with us all the time that the Lord Jesus went in and out among us, beginning from the baptism of John, unto that same day that he was taken up from us, must one be ordained to be a witness with us of his resurrection" (Acts 1:21-22).
All of these qualifications together make the office of Apostle most exclusive. Even if someone today would claim to have seen the risen Lord in a vision, he could not claim to have companied with the Lord Jesus from the baptism of John until the ascension. And neither could he take his place as one of the judges of the twelve tribes of Israel. There are only twelve tribes and only twelve thrones of judgment and they are all taken. In addition to this there will be twelve foundation stones under the wall of the New Jerusalem. Each one will have a name of one of the Apostles. "And the wall of the city had twelve foundations, and in them the name of the twelve apostles of the Lamb" (Revelation 21:14). There are only twelve foundations and they are all taken.
The Apostle Paul was called by the Lord for the special purpose of taking the Gospel to the gentiles. He is not of the twelve. He will not serve as a judge over one of the tribes of Israel in the Kingdom age. He was an eye witness of the resurrected Savior but he had not companied with Jesus from the beginning of His ministry as had Mathias. Perhaps that is why he called himself "the least of the Apostles" in I Corinthians 19:9. Paul did not lack God's authority. He was chosen personally by Christ for an exclusive task and was not one of the Twelve. It is unquestionable that apostolic succession was never intended by the Lord. So, how then, did the Church continue without Apostles? We must first understand what the Church is.

Wade Wadsworth was born into the Church of Jesus Christ of Latter-Day Saints. Although he was active in the church as a youth, as Wade grew older, he began to question some of the Mormon teachings. After a search for answers led him down an introspective path lined with soul-searching, prayer, and guidance from the scriptures, Wade found the one true God of whom the Lord Jesus Christ spoke in John 17:3 and ultimately left the church.

In an insightful memoir that focuses on presenting the scriptural and theological reasons why Wadsworth walked away from the Mormon Church, he identifies the true Christ, church, priesthood, salvation and Christian life while providing historical answers and gentle guidance for anyone questioning the validity of Mormon teachings or inquiring into the Church of Jesus Christ of Latter-Day Saints. Throughout his presentation, Wadsworth emphasizes that no matter what our spiritual journeys, each of us holds the power to walk away from a church that does not match the teachings of the Bible and find one that does.

God Is Greater Than You Think provides insights and biblical answers for anyone considering joining or leaving the Church of Jesus Christ of Latter-day Saints.

Wade Wadsworth was born into the Church of Jesus Christ of Latter-day Saints. After leaving the Mormon Church, he graduated from Big Sky Bible College in Lewistown, Montana, and became a pastor who today minsters to nursing home residents under the banner of Be One Together. He and his lovely wife, April, reside in Wyoming.