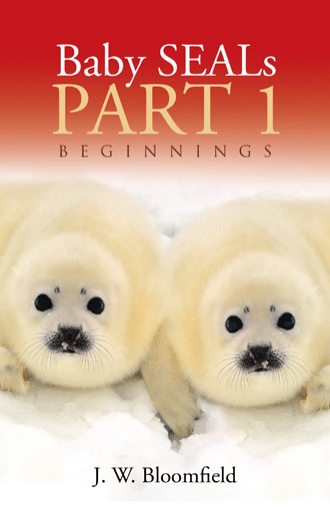 They met in May when they were six. Danielle LeBeau was walking down the quiet Texas street early in the morning. The neighborhood was mainly middle class with older homes built in the 70’s. Nearby was a city park and strip shopping centers containing a variety of food stores and individually owned retail stores such as tattoo parlors and nail salons. It seemed like an ordinary day without a hint of what would come from the choices made today. Spring was well underway, the lawns were green (some with grass, some with weeds), leaves were on the trees, and what flowers there were added color to the scene. Robins, mockingbirds, and blue jays were flitting about as squirrels and the occasional rabbit searched for food. The scent of freshly mown grass filled the air along with the sound of a few lawn mowers. Danielle was trying to think of ways that a six year old girl could make some money. She didn’t want a lot, but her Mom and stepdad gave her none, and she would need a new sketch pad soon. As she walked she spotted a boy crawling around on the ground under a pecan tree and moved closer to investigate. He appeared to be about her age and about her size which was a little larger than average. He had short brown hair the same color as hers that looked as though he cut it himself, jagged and uneven. The jeans he was wearing were worn, with holes in the knees; not distressed, just old and worn out. The t-shirt he was wearing was from a local radio station. Not that anyone would point to her as the model from a clothing catalog, but her jeans didn’t have holes, and her shirt was new if it was from a thrift store. As he crawled he kept flipping a square made out of wood. He appeared to be picking things up and putting them in a bucket. She drew nearer, pulling the sketch pad from her fake leather messenger bag and starting to draw what she could see. As she drew she asked in a soft Louisiana accent, “What are y’all doing?”


Jeff looked up in surprise. There wasn’t usually anyone on the street this time of day even though it was a nice spring day just right for walking around. Usually the only people he saw were joggers. He found himself looking into the light green eyes of a girl about his age, dressed like him in jeans and a t-shirt, her long, brown hair pulled back in a ponytail. Several answers went through his head, some snarky, some long, some short. He chose a short reply, “Picking up pecans.”


Danielle rolled her eyes to herself. Obvious answers were not her favorite, but she calmly asked, “Why?” Jeff looked up at her again with bright blue eyes. She thought at first he might not answer or would answer with a snarky comment, but instead he gave her a decent, complete explanation.


“The man who lives here mows his own lawn. The pecans on the grass make it bumpy to push the lawn mower, and they aren’t much fun to walk on. He offered me $20 to pick them all up.” He didn’t mention his work to put the idea in the man’s head or the negotiation over the price or even figuring out what he could do for the man in the first place. He was pretty proud of all three. He might not have been quite as proud had he known that the man, Steve Jacobs, knew what Jeff was doing when Jeff brought up the pecans to him. Steve was a salesman at a local car dealership. At six feet and 165 pounds he was built like a linebacker, and at age 30 he wasn’t showing any fat yet. His blue eyes were a lighter shade than Jeff’s and twinkled as Jeff negotiated his deal. The conversation went something like: Jeff, “Hi, mister. You have a lot of pecans in your yard.” Steve: “Yes, I do. It seems to have a bumper crop every other year.” Jeff: “Do you eat them all?” Steve: “No. They pretty much go to the squirrels.” Jeff: “I bet they don’t pick them all up.” Steve: “No, they only get part of them.” Jeff: “It must be a pain to mow with them there getting in the way.” Steve: “Yep. They are a pain.” Jeff: “I could pick them all up for you.” Steve: “Hmmm. How much would you want to be paid for doing that?” Jeff: “$20.” In Jeff’s experience everything was $20. ATM’s gave out $20 bills. People put $20 worth of gas in their cars. A trip to the grocery store cost $20. $20 was a good number. Steve: “That seems like a lot for picking up pecans. And what would you do with the pecans?” Jeff: “That’s a lot of pecans, and your yard is pretty big. I’d give the pecans to you. You could sell them or eat them. I might could shell them for you. That would be a different job, though.” Steve laughed and said, “Okay. $20 it is. Let me know when you’re finished, and we’ll check it out.” 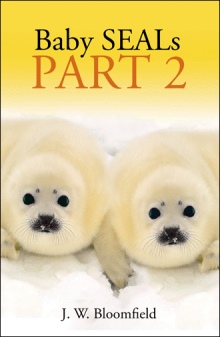 Baby SEALs Part 1 is the first in a series of seven books that follows the lives of two children, Jeff and Danielle, who meet when they are six years old and decide they are brother and sister. Part 1 describes their lives from the time they meet until they are twelve. Danielle lives with her mother and stepfather, while Jeff lives with his mother. To say the least, none of these parents are great role models. When Jeff and Danielle are seven, they are terribly injured; and when they are released from the hospital, they are taken under the wing of an ex-Navy SEAL and members of his team who spend the next several years teaching them everything a SEAL knows, from scuba diving to weapons, unarmed combat, parachuting, combat medic, and even explosives. At their core, Jeff writes music, while Danielle is an artist and plays the guitar. All the new training is laid on top of this. Although they become Christians together early on, their faith takes a major blow when they are injured, and they spend a long time regaining their faith. Through it all, their friends, new ones and old ones, Christian and non-Christian, give them support and encouragement. Also through it all is how God’s hand in their lives is obvious to anyone who can see what is taking place and how all the pieces fit together.

J. W. was raised on a farm in the Texas Panhandle, along with his four siblings. Living eight miles outside a small town gave him a lot of time with his imagination. He wrote his first story when he was seven. J. W. resides in Texas with his wife, cocker spaniel, and horse.