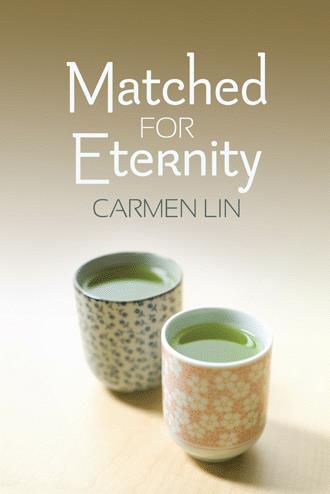 The next morning, August 11, when I woke up, I felt exhausted and I wondered how I was going to clean the kitchen floor and those cupboards. I still remember I prayed, “Lord, how am I to tackle with such a formidable task? I'm so tired. Could you please send an angel to help me?”

As I prayed, I thought of all the women in the church. Everyone was working outside the home except Laurie. She was the only one who could help me. Yet, how could I call her and say, “Laurie, could you come over to help me?”

I remember I did pray, “Lord, if You see fit, could you move Laurie’s heart to help me?” Yet, neither because of unbelief in God nor because of disbelief in human kindness, I still felt uneasy asking for Laurie's help. I did honestly expect God to literally send me one of His angels to appear at my door.

About an hour later, while I was dragging my fatigued body around the kitchen the phone rang. Laurie was on the line. She said, “Carmen, this morning as I was praying during my devotion time, I thought of the waxing machine I have. I would like to come to your house to wash the floor for you. I’ll also bring a fried chicken dinner so that you don't have to cook lunch. You can have some rest.”

I was almost in tears. God was so good. He did send His angel, a loving sister in the Lord who obeyed God's prompting.

I don’t have much recollection of what I did the rest of that day. I do remember I cleaned the cupboards while Laurie washed the floor. And the other thing I remember is that we did not leave that house until the following morning, since it was pretty late by the time all the cleaning was done.

And still the house was not repainted when we left it. Our budgets did not allow us to hire a painter to do the job for us. Yishan and I had originally planned to do it ourselves, but for lack of proper training we encountered some problems, and since we were depleted of time and energy that in the end we had to leave the house to the co-workers of the church to tackle the problem for us. I’m forever grateful for those brothers and sisters who helped us so much. Between the time we moved away and the time when the house was sold, which was several months later, the colored glass panel of the storm door in the front was broken by a vandal. Then the outside faucet caused some flooding in one room when it was turned on. It was those brothers and sisters who took care of all the problems for us. It was as if Satan was so furious at our obeying the Lord’s command that he launched an all-out attack on our house. Thank God for those loving brothers and sisters who helped us out so much. I know I’ll never be able to repay them. It’s all on the Lord’s account.

When we finally said good-bye to Schaumburg, we drove away in two cars, Yishan and I in a small Toyota, and Angela with Corrie in a still smaller Hyundai. Partly because Angela was young and energetic, and maybe the Lord was watching over her, she was able to drive alone (Corrie was sleeping a lot) all the way to California without any mishap. (Here Angela added: “Ha ha, I was actually falling asleep half the time! God protected us!”)

With me, it was a different story. I had originally agreed to take turns with Yishan to be at the wheel during the trip. However, I was so exhausted from the whole summer’s work that each day I was at the wheel for only five minutes before I began to feel drowsy. I had to keep praying to fight sleepiness. Well, I ended up driving only fifteen minutes each day and had to leave the rest of the driving to Yishan.

Usually whenever we traveled, I had to “serve” Yishan, such as handing him a towel to clean his face or to feed him food, in order to keep him awake. Not so in that trip when we moved to California. Whenever I tried to keep him company, I would end up falling asleep. That showed how fatigued I was.

We had planned to take five days driving, for we tried to do a little sightseeing whenever there was a place of particular interest not too far from the route we took. However, early afternoon of the fourth day, when I was still taking a long nap while Yishan was driving, I woke up hearing him say, “We have arrived in California.” It was the Nevada-California border. Yishan rolled down the window and a border inspector said, “Welcome to California.”

Thank God that we arrived one day ahead of schedule. It was August 15, 1989. When we arrived in our Pinole home, it was before 4 P.M. Thank God for keeping us safe all the way. (Here I can only quote a hymn that says, “All the way my Savior leads me!”)

We were all happy and thankful, even though it was a difficult move. We had obeyed the Lord in moving all the way to California, and I was looking forward to whatever excitement the Lord had in store for us. Nevertheless, that afternoon I did not know that more difficulties were waiting ahead for me.

Have you struggled in your Christian faith, thinking the Bible is too hard to understand and God’s will too elusive to know? Or have you thought there are no more miracles today and God does not care about you? Or do you think that in our day and age, the Bible is no longer relevant? Do you think life is too hard, your marriage is hopeless, nobody understands, and you want to give up? Do you think divorce will solve your marriage problems? Do you think you have suffered too much? Have you blamed your parents or the society for all the troubles in your life? Have you dabbed in occult practice thinking it is fun? In this book, Carmen shares the inspirational story of her marriage to her husband and their ministry. Their story provides insight and answers to these questions and more.

Carmen Lin gave up her graduate studies to help her husband but was awarded an Honorary Doctor of Humanities degree in 2006. She was instrumental in establishing four churches in the Chicago suburbs and the SF Bay Area. Carmen has served as a retreat speaker and seminary professor. She has three daughters and ten grandchildren.