A Seed That Grew 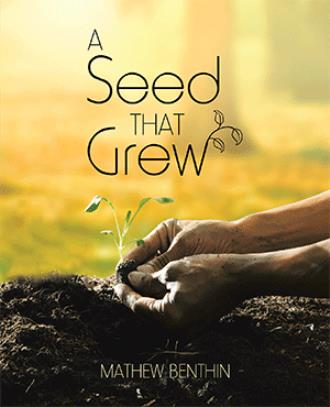 Seeds are for Growing

These are the seeds that found their way to the soil of my heart,
Some by revelation and others by life's lessons that tear me apart.

It's not what you're born into or what you're given;
Life is not a poker game of fated winners and losers.
It's what you do with what you've got while liv’in;
Life is a preliminary trial sifting stewards from abusers.

Being aware of a problem you can do something about makes you responsible.
Being ignorant of righteous ways does not mean you cease to be accountable.
The good you know or have now; do not withhold from your neighbor.
The ill you have been spared will fall on your head; if instead, you belabor.

Confidence vs. Arrogance vs. Insecurity

Many can attest the bridges burnt by discoursing religion and politics.
Yet what other hope is there to set about bridging such opposing sides?
Many more deny the affairs of an eternal kingdom centered on a crucifix.
Yet what other way can a man trace love to its source while in it he abides?

The more polarized the position the sooner one isolates into a party of one.
Yet the greater the influence in those who mitigate betwixt such patriotism.
The more watered down a conviction the larger a company of fools will have begun.
Yet the less likely to achieve its ideal just as it is with imposing fascism.

It is a fool's errand to separate church from state.
Denial that doctrine determines practice breads hate.
It is a joy for the son of man to see that both are manifest in one man.
Denial of individualistic morality a countries best hope no matter its lifespan.

There has only been one subject Jesus warned me to avoid teaching,
Who am I to speak of Gethsemane's cup he never stopped drinking?
There was only one tree in the garden Adam was warned to avoid eating,
Who are we to aspire to equality with the creator we are daily meeting?

Who am I but another Peter willing to deny my Lord if my accusers desist?
There was only one rabbi raising the moral bar even while he hung by the wrist.
Who are we to fathom the offense of mockers that strikes even deeper than their fist?
There has only been one man whose blood was powerful enough to leave sin dismissed.

There was only one man who entered hell's gates as a convict and walked out victorious.
Who am I but another friend missing your wedding feast while you invite the inglorious?
There has only been one to shed clothes of omniscience to dine with the notorious.
Who are we to root for you from sidelines and not join in your Father's work laborious?

Who am I to skip over the three'ish days you labored by Hades' lake the same as Galilee?
There was only one man who could have turned hell into heaven if he had stayed past three.
Who are we to point others to the tomb when it's often our hearts that are left empty?
There has only been one God who backs up his promise to send his spirit to make his home in me.

“A Seed That Grew” is modern wisdom literature at its best. Poetry with rhythm, meter and impressive symmetry. Philosophy that leaves you with more questions than answers. Theology that summarizes and expounds upon scripture. Wisdom concepts that will expose you to countless extremes and guide you toward a mature perspective that avoids traps while exposing lies.

As a vocational minister and discipleship pastor at Families In Christ ministries, Mat Benthin has encountered many hurdles of faith that threaten to stunt Christian growth. To pass on truths that have been instrumental to him, he enjoys creatively weaving theological insights into poems. He grew up in Reno, Nevada, and plans to spend the upcoming years serving the mission field in southern China.