Defining Moments of My Life

by Richard A. Mansen 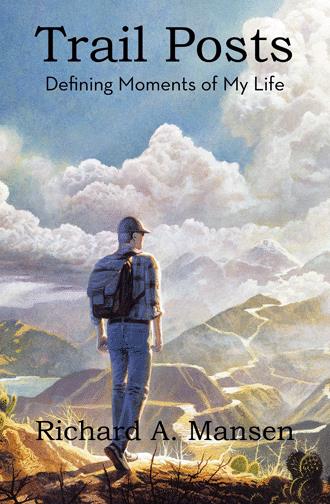 The phone rang in my office at about ten o'clock on a busy December morning, 1977, as I was helping plan a budget for the coming year. “Come right up to the radio tower! Wen Jones is in trouble!” Wen and Paula were translators in the jungle village of Pirá in southeastern Colombia. He was spending a week alone there because his wife Paula was eight months pregnant.
I dashed up to the tower, grabbed the microphone and said, “Hello?”
“Señor Jones…culebra,” a man shouted. A snake had bitten Wen, and for me, all snakes were poisonous. I asked the man when and where he was bitten, but he just kept saying “culebra,” and then went on in a language I didn’t understand.
Thankfully another voice came on, speaking English. It was Joel Stolte in another village a short flight from Pirá where he and his wife worked in a closely-related language. He had overheard the conversation with the man and offered to help. So for the next twenty minutes, I listened as Joel tried to communicate with him.
Then Joel’s voice came back in English. “Rich, Wen was bitten about six o’clock this morning. They killed the snake, a three-foot fer-de-lance, very deadly. They had hiked about three hours from home. The guy ran all the way back to Pirá to use Wen’s radio; somehow he knew how to operate it. So it’s been four hours since he was bitten. We need to work fast!”
“Joel, we’ll send a plane. Have that fellow get Wen back to Pirá and wait at the airstrip. Do you have anti-venom?”
“Yes.”
“Get it ready! The Helio has overnighted in Mitú, and we’re waiting for the pilot, Tom Smoak, to check in by radio. As soon as he does, I'll tell him to pick you up and take you to Pirá.”
I waited at the radio for a miracle. We had to get Wen back to Lomalinda for the twin-engine Evangel to leave for Bogotá before dark, or he could die! All of us were praying, Lord, we need Tom to check in, now!
Finally about noon the radio crackled, “Lomalinda, this is Tom.”
“Tom, we need you! A fer-de-lance bit Wen Jones. I've been talking to Joel at his village, and he has anti-venom. You need to pick him up and take him to Pirá. We’re racing against time!”
Within the hour came miracle number two—Wen had made it back to Pirá, and his weak voice said, “May I speak to Paula?”
“Wen, am I ever glad to hear from you! The Helio is picking up Joel and should reach you shortly. We’ll get you back here pronto.”
At two o’clock, the radio came back on. “Rich, this is Tom. I just landed at Pirá. Wen is in a lot of pain, but Joel gave him the anti-venom and his color is returning. We’ll wait twenty minutes to be sure there is no reaction.”
At 2:30 Tom checked in again. “We just took off. It’s over two hours to Lomalinda.”
“Wonderful. The Evangel is standing by to take Wen to Bogotá. We're praying you’ll have clear skies and a tailwind.”
The plane landed at five o’clock. We lifted Wen from the Helio into the Evangel, packed his swollen leg with ice, said a brief prayer, and by 5:20 they took off with Ron McIntosh at the controls. Miracle number three.
At 6:30, approaching the Bogotá airport in the dark, the radio tower told Ron three jets were ahead of him and he would have to circle for thirty minutes. Ron countered, “We have a snake-bite emergency!”
“Okay. The big jets will do the waiting. You’re clear to land,” responded the tower. Miracle number four!
So Wen was whisked to a hospital in time to save his life. With that news, I went home to my loving family and a welcome supper of hot soup. “God worked a lot of miracles today,” I said as I began the whole story.
Months later, after a long recovery, Wen was back in Pirá with Paula and their new baby. God was still the God of miracles!

Trail Posts is an inspiring memoir of faith-filled adventures as Rich answers God’s call to one of the world’s unique, complex, yet rewarding careers—Bible translation. Rich takes his family to live among the Wayuu, the preliterate people of Colombia and Venezuela. He and his wife learn their unwritten language, provide a basis for literacy, and translate the Bible.

Rich follows divinely placed trail posts. Some lead to hardships and extreme challenges—which he takes on with faith and tenacity. Others point to the joys of love, marriage, and family—which he takes on with delight. But when the love of his life dies of cancer, he wonders how he can complete the work alone. He desperately needs God to place another trail post on his uncertain path.

Trail Posts brims with faith, heartaches, victories, doubt, hope, and love. Rich’s compelling narrative, told with honesty and sensitivity, will transport you to places few will ever travel and to cultures few will ever experience. If you want to serve God courageously, you’ll see a man who risks everything to follow his Lord. If you’re going to press on after a heartbreaking loss, you’ll be inspired by Rich’s refusal to give up. Trail Posts is a heart-changing memoir that will stay with you long after closing the back cover.

Richard A. Mansen grew up in Chicago with loving family, loyal friends and good role models. He received his B.A. from Wheaton College, his M.A. in linguistics from UCLA, and his Ph.D. in cultural anthropology from the University of Illinois. With his first wife Karis and their three children, he worked in Colombia and Venezuela, translating the Bible for an indigenous people group. After Karis’ death, he continued serving in Bible translation with his new wife, Jackie. They retired in 2013 and live in northern Illinois.