Another One Hundred True Stories of Encouragement and Achievement in the Midst of Sickness! 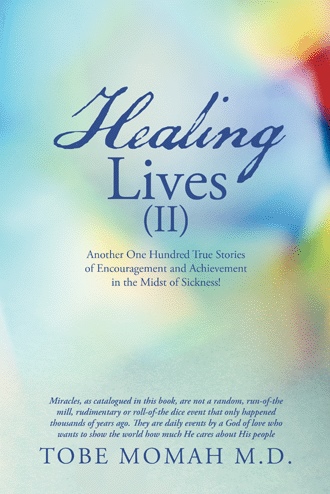 “Behold, I will do a new thing; now it shall spring forth; shall ye not know it? I will even make a way in the wilderness, and rivers in the desert” (Isaiah 43:19).

Kelly Kiper Langoria is the wife of the student, youth and music pastor at Life Church, Winnsboro, Louisiana. A December 2015 graduate of speech pathology from University of Louisiana Monroe (ULM), Louisiana, she is currently enrolled in a Masters of Speech pathology program at the same university.

On July 15th, 2016, she stopped at a convenience store on her way to work. While in the store, she was abducted, shot in the head and left for dead in a graveyard. She was found unresponsive by bystanders and airlifted to University of Mississippi Medical Center (UMMC) in Jackson, Mississippi. Unconscious and intubated, while on a ventilator, her prognosis was grim and chances of survival slim to none.

The reason for this grim prognosis was the bullet that remained in her head. It was in a difficult-to-remove position, and the neurosurgeons declined surgical intervention due to the risk involved. Since the consequences of taking the bullet out were too great a risk on Kelly’s life, the neurosurgical team at UMMC decided to only stabilize and observe her.

Kelly had lost her dad in November 2015, just after her marriage in June 2015. A devout Christian, she was known as a fighter for the faith and one who stood strong no matter how long for what she believed. Meanwhile, a “Pray for Kelly” movement started, and through social media, millions of people all around the world prayed for Kelly.

Nine days after her admission to UMMC, Kelly was sufficiently stable to come off the mechanical ventilator. She had control of her airway, moved the right side of her body sufficiently to throw a ball about seven feet and started speaking comprehensible words to her mother and husband. She commenced physical and speech therapy, and initially ambulated with assistance.

By December 2016, however, Kelly was speaking and walking without assistance. To the neurosurgical team attending to her, her recovery was nothing short of miraculous. While hospitalized, thousands all around the world were praying for Kelly, and God answered their prayer.

Today, Kelly is planning a return to ULM to complete her Masters degree in speech pathology. Even though she still has a long road ahead to full restoration of her speech and co-ordination of extremities, she has so far confounded science and delivered to a community of believers new-found faith in God!

Life lesson 43: God is too big to be estimated and too great to escape from!

This book chronicles true stories of healing in various facets of human life. It chronicles real-life individuals with real problems who sought a real God in their troubles and were delivered by the power in the name and blood of Jesus.

Healing is one of the greatest benefits that the Lord has given to His people and nothing stirs faith like the testimonies of people who have experienced our Lord’s healing touch first hand. As a medical doctor, Tobe Momah deals with disease on a daily basis. He has a unique insight about illness and ministers the gifts of healing through various avenues. Its refreshing to have someone with a scientific mind validate the credibility of Scripture through real life human experiences.

Tobe Momah has more than twenty scientific publications and nineteen books in print. He attended the family Medicine program at The Brooklyn Hospital center New York, has a Masters of Science degree in Medical Parasitology from the University of London and a Medical degree from the University of Nigeria, Enugu, Nigeria.

God called him in 1991, through a divine visitation, to “show his strength to this generation, and His power to everyone that is to come” (Psalm 71:18). In pursuit of this vision, he has travelled across the nations of the earthproclaming the word of faith with power.

He is married to Rita, his heart throb and wife of his youth, and together they live in Jackson, Mississippi from where they co-ordinate the activities of their global ministry.