Led by an Unseen Hand

A Legacy for the Next Generation 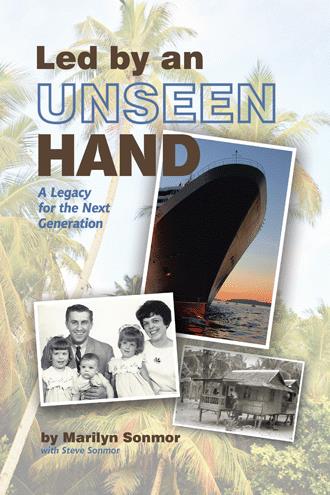 Hildi wanted to purchase a new dress for me for graduation. Together we shopped in downtown Minneapolis but never did find anything appropriate. Eventually we decided to give up on this venture and parted ways. On the way to our apartment, at the intersection two doors down from our house, I stood and waited. There were no signal lights at that time so I waited until the traffic slowed and was moving in the direction for me to cross. However, as I was almost across the street, I felt the impact of what proved to be a large Oldsmobile convertible at full speed. I realized a car had hit me and I was rolling on the pavement.

Meanwhile, Steve, concerned that I wasn't home yet, came out of our house in his stocking feet and observed the entire episode. Bending over me, he said to those standing by, "This happens to be my wife!" I quickly said, "Honey, I'm okay." As I spoke, my mouth felt strange and I said, "I think my teeth are gone." He assured me, two teeth were simply chipped. The policeman said to Steve, "You are fortunate she is alive, most of them die after being thrown forty feet!" Then someone found my glasses. They had apparently landed in the soft grass next to the sidewalk without a scratch. I was suddenly reminded of my prayer that they would never get broken. God was once again faithful in answering my prayer. Soon an ambulance arrived and I was loaded into it.

Looking back on one’s life can bring forth memories of regret as well as exultation. The home and family is most generally a place of comfort and security; however, many can testify that it is often a place of trouble, heartache, and shame. Missionary life, as well, can be both exhilarating and frightening with its many unforeseen experiences. Learning a new language and culture may serve to deepen and enrich the life in so many ways but at the same time cause one to recognize the need for someone beyond oneself to provide some necessary help. It is in reflecting on what life has handed us that we are grateful for the unseen hand which has upheld us and led us regardless of the situations we’ve known. For my family and me, there was never a dull moment.

Beginning with an overview of her childhood and growing up years, the author shares from her heart many and varied geographical and vocational experiences. In addition, being a mother and grandmother, in itself provides a host of interesting experiences. She has also been a college teacher in the field of music for approximately twenty-five years as well as serving as the wife of a pastor and missionary. Her experiences have given her a deep concern for our future generations that they will know the peace and security of being Led By An Unseen Hand.