A Novel Approach to the Gospel of Jesus Christ 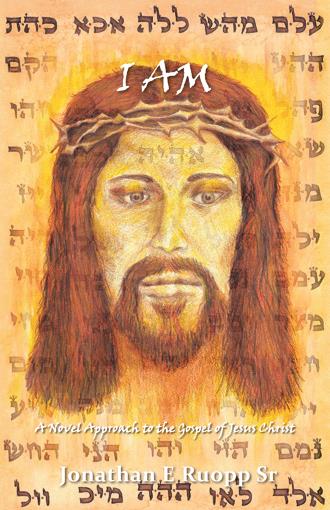 Jesus and his disciples separated, and went out into the towns of Caesarea Philippi preaching the gospel. When they came together again, along the way, the disciples found Jesus praying. And it was in the midst of the high holy days, between the Feast of Trumpets and the Day of Atonement, the second day of the month, Tishri. When he had finished his time of prayer, he asked them, saying, “Who do men say that I, the Son of man, am?”

And they said, “Some say that you are John the Baptist; some, Elijah; and others, Jeremiah, or one of the old prophets risen again.”

And Peter answered, and said, “You are the Messiah, the Son of the living God.”

And Jesus answered, and said to him, “Blessed are you, Simon Barjona, for flesh and blood has not revealed this unto you, but my Father who is in heaven. And I say also unto you, that you are Peter, and upon this rock I will build my church, and the gates of hell shall not prevail against it. And I will give unto you the keys of the kingdom of heaven, and whatever you shall bind upon the earth shall be bound in heaven, and whatever you shall release upon the earth shall be released in heaven.”

“The Son of man must suffer many things,” he told them. “He will be rejected by the elders and the chief priests and the scribes, and be crucified and killed, and be raised again on the third day.”

These things he spoke to them plainly. When the twelve heard these things, they conferred among themselves. Then Peter rose taking Jesus aside, and standing over him, he grabbed him by the shoulders and forcibly turned Jesus around so that Jesus’s back was to his disciples—putting Peter in a place of power.

Then speaking to him in a low, harsh voice, Peter began to rebuke him, saying, “Be it far from you, Lord; this shall not happen to you.”

But Jesus looked at Peter’s hands, which were gripping his shoulders, then piercingly into Peter’s eyes.

Peter squirmed, his gaze lowered, and he released his grip, his hands falling to his sides. Jesus turned around again facing his disciples, his back to Peter—in essence, dividing Peter from the others and reaffirming his own position of power over his disciples.

Addressing the eleven, he said, “You are an offense unto me, for you savor not the things that are of God, but those that are of men.”

After these words, Jesus called all of his disciples to him, with the twelve including Peter. Jesus then returned Peter’s gesture, grasping his shoulders firmly—not harshly, but to strengthen him.

“If any man will come after me,” he said to Peter in the hearing of everyone, “let him deny himself, and take up his cross daily, and follow me.” Then looking past Peter to address them all, he continued, “For whoever will save his life shall lose it, but whoever shall lose his life for my sake and the gospel’s, the same shall save it. For what shall it profit a man, if he shall gain the whole world, and lose his own soul or be cast away?” He looked again at Peter, then back at the rest of his disciples before continuing, “Or what shall a man give in exchange for his soul? Whoever, therefore, shall be ashamed of me and of my words, aligning themselves with this adulterous and sinful generation, of him also shall the Son of man be ashamed, when he comes in the glory of his Father with the holy angels. Then, he shall reward every man according to his works. Truly I say unto you that there be some standing here who shall not taste of death till they see the kingdom of God come with power, and the Son of man coming in his kingdom.”

This book is written with the intent of reaching those people who are interested in learning about the Gospel of Jesus Christ, but are not yet comfortable reading from the Bible. It is written in the form of a novel, in a logical chronology, which endeavors to combine the four gospel accounts. Following the feasts of the Jewish calendar and set within the historical context of the time, it includes the author’s own spiritual insights into Jesus’s words and works, inserted into the gospel story. This book truly contains something for everyone. For the seeker, it provides a good place to start—the accompanying scripture references are intended to direct the reader to the true biblical account. For the novice, this account will go a long way to filling any gaps in understanding the biblical narrative. And the author’s spiritual insights will challenge even the substantial knowledge of the most-learned of Bible scholars. Expect to be entertained, encouraged, and challenged by this novel approach to the Gospel of Jesus Christ. Come rediscover God’s spiritual truth, knowing that iron sharpens iron.

Jonathan Ruopp has been passionate about the Bible for over 35 years. At age 21, he spent seven months alone doing nothing but studying the Bible. At age 22, because of his extensive knowledge of God’s Word, he was ordained an Elder of an independent Spirit-filled church. He spent 26 years compiling a spiritual concordance, and writing a book describing its value for understanding the Bible. At age 57, he went back to college, graduating summa cum laude from the Philadelphia Biblical University with a Bachelor of Science degree in the Bible. He has written two biblical plays, and has spent the last two years on this, his second book, which focuses on the gospel of Jesus Christ.