The Divine Order of the End Times 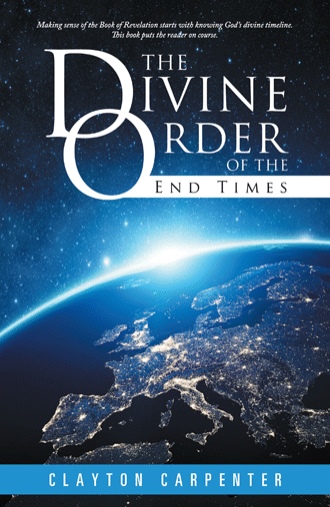 The Coming of the Lord and What to Look For

I want to start by asking you the same questions that came to my mind and changed my thinking about eschatology (the study of the end times) and the direction for my study of the subject. Please look at 2 Thessalonians with me. “And now ye know what withholdeth that he might be revealed in his time. For the mystery of iniquity doth already work: only he who now letteth will let, until he be taken out of the way. And then shall that Wicked be revealed” (2 Thessalonians 2:6–8).

I now wish to discuss what is restraining this lawlessness.

The Holy Spirit Is Restraining Lawlessness

First, what I have to say about the Holy Spirit restraining this lawlessness is as follows: If the Holy Spirit is taken out of the earth, then how will anyone be saved? In Revelation 14, we’re told that the gospel will be preached during the time of the Antichrist.

And I saw another angel fly in the midst of heaven, having the everlasting gospel to preach unto them that dwell on the earth, and to every nation, and kindred, and tongue, and people, Saying with a loud voice, Fear God, and give glory to him; for the hour of his judgment is come: and worship him that made heaven, and earth, and the sea, and the fountains of waters. (Revelation 14:6–7)

If the gospel is preached, then salvation is available. If salvation is available, then the Holy Spirit must be available to consummate the union between Jesus and the repentant. “Nevertheless I tell you the truth; It is expedient for you that I go away: for if I go not away, the Comforter will not come unto you; but if I depart, I will send him unto you. And when he is come, he will reprove the world of sin, and of righteousness, and of judgment: Of sin, because they believe not on me; Of righteousness, because I go to my Father, and ye see me no more; Of judgment, because the prince of this world is judged” ( John 16:7–11). The Holy Spirit has also been given to the believer as a personal guarantee that the believer is saved. “In whom ye also trusted, after that ye heard the word of truth, the gospel of your salvation: in whom also after that ye believed, ye were sealed with that holy Spirit of promise, Which is the earnest of our inheritance until the redemption of the purchased possession, unto the praise of his glory” (Ephesians 1:13–14).

The Holy Spirit has to be in the earth for the repentant to be saved. He’s the guarantee of our inheritance and the one who will convict the world of sin, of righteousness, and of judgment. Without the working of the Spirit, there is no salvation.

Furthermore, if only the Holy Spirit is taken out of the earth, then He has forsaken the church. And that is impossible. “If ye love me, keep my commandments. And I will pray the Father, and he shall give you another Comforter, that he may abide with you for ever; Even the Spirit of truth; whom the world cannot receive, because it seeth him not, neither knoweth him: but ye know him; for he dwelleth with you, and shall be in you. I will not leave you comfortless: I will come to you” ( John 14:15–18). I cannot agree with this doctrine because the scriptures refute it.

The Church Is Restraining Lawlessness until the Rapture

Remember in 2 Thessalonians 2:7–8 (NKJV), “He who now restrains will do so until He is taken out of the way. And then the lawless one will be revealed.” Now look at the beginning of 2 Thessalonians 2, which says,

Now we beseech you, brethren, by the coming of our Lord Jesus Christ, and by our gathering together unto him, That ye be not soon shaken in mind, or be troubled, neither by spirit, nor by word, nor by letter as from us, as that the day of Christ is at hand.

Let no man deceive you by any means: for that day shall not come, except there come a falling away first, and that man of sin be revealed, the son of perdition. (2 Thessalonians 2:1–3; emphasis mine)

“That day shall not come except … that man of sin be revealed!” Here the Holy Spirit declares that the coming of the Lord and our gathering together to Him will not happen until after the lawless one is revealed. In other words, the rapture takes place after the Antichrist is revealed. Therefore, the rapture can’t be the mechanism that allows the Antichrist to be revealed. The rapture isn’t something that’s taken out of the way. The rapture is an event that takes place. What is the divine order of the end times? Who or what is restraining the lawless one? What do other scriptures bear witness to? Can this doctrine be found in Jesus’s teachings and in the teachings of the apostles? Does the book of Revelation read this way? Is eschatology easier to understand than our current doctrines? These questions are the basis of this study.

God has a divine order for the return of Jesus. And it’s not as complicated or as confusing as often presented. Still many in the church are confused about God’s time line or are apathetic toward it. Both conditions leave the believer in a position of unpreparedness or deception. When asked about his coming, the first thing Jesus said was, “Do not be deceived.” In this chaotic world, deception is rampant with special agendas and political and religious disinformation. As Christians, if we fail to grasp God’s plan for our lives and his divine time line, deception is the only option. Not being deceived places us in a position of preparedness. Just as God prepared Noah, he wants us to be prepared. A systematic and logical teaching is presented in The Divine Order of the End Times.

Clayton Carpenter graduated Rhema Bible Training Center in 1985. He has taught from the pulpit and has many years experience teaching in the Sunday School program. The predominate belief of a pre-tribulation rapture he found confusing, not backed up with supporting scripture, and mostly just guess-work. While studying, he found the key to the Divine Order of The End times in 2 Thessalonians chapter two. Since then the Old Testament, New Testament and the teachings of Jesus began to fall in place to produce an accurate picture of the plan of God for the end times.