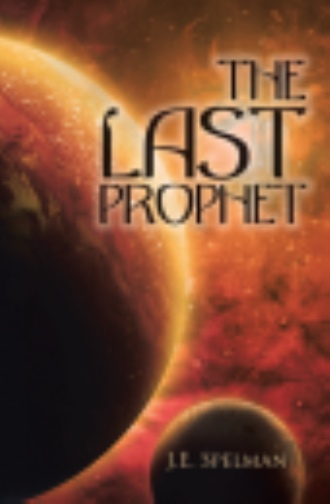 Three people clustered together near a departure gate. One was a teenaged boy with tousled red hair and freckles. He glanced around uncertainly, eyeing the crowds surging past in the busy terminal. The tall, dark-skinned man standing next to him laid a reassuring hand on the boy’s shoulder. “Don’t worry; you’ll be fine, son. Everything has been arranged.”

The boy straightened his back and gave a quick nod. “Yes, sir. I know. Thank you, Mr. Solek.”

The third member of the group frowned worriedly. “Now, Erik, are you sure you packed everything? I wish we could have gotten you a seat near a window.” She smoothed the boy’s hair and straightened his collar. Angie Solek was a large woman with curly black hair and a maternal manner. “At least the flight’s on time.” She looked over the boy’s head to the tall man. “Marvin, do you think he’ll be all right traveling alone like this?”

Erik swallowed and tried his best to appear ‘fine.’ He nodded stiffly. “I’m good. Thank you for all your help, sir. Thank you both . . . for everything.”

Marvin Solek cleared his throat and patted Erik on the shoulder again. “That’s you, my boy. Better get going.”

Angie Solek gathered him into a quick, smothering hug. “Be good, Erik. Say hello to your Uncle Hector for me.”

“I will,” Erik mumbled as he disentangled himself from Mrs. Solek’s bracelets. He gave a half-hearted wave and trotted to the boarding gate. He glanced back over his shoulder to see Marvin Solek put his arm around his wife and lead her away. Angie Solek buried her face in her husband’s shoulder as they moved slowly through the crowds at the busy spaceport.

Erik followed the rest of the last-minute boarders up the ramp and onto the transport. He sent a thought command to the Personal Information Organizer attached to his left ear. The PIO instantly transmitted his ticket information to the flight attendant, a stocky young man in the standard green uniform of the space transportation service. The man smiled genially at Erik, “Traveling alone, sir?”

“Business or pleasure?” the young man asked as he escorted Erik down an aisle of the spacecraft.

“I’m leaving Mars Colonies to live with my uncle. On Earth.” Erik tried hard to keep his voice from trembling as his eyes grew moist. “I haven’t been there since I was little - too young to remember.”

The flight attendant nodded understandingly. “Quite a change then. But don’t worry; you’ll love Earth. Best place in the universe.”

It is the year 1000 of the Kingdom Era – a millennium since Jesus Christ won the Great Battle of Armageddon and ushered in an age of worldwide peace and prosperity.  Fifteen-year-old Erik Masterson’s happy life is shattered when his parents are killed in a violent explosion on Mars Colony.

Bereft and alone, Erik moves to an Earth he doesn’t know to live with an uncle he’s never met.  There he learns that his parents’ death was not an accident, but signaled the beginning of widespread violence and chaos.  As the Kingdom is rocked by rebellion, Erik finds himself embroiled in a web of intrigue.

Can The Last Prophet stop Satan from breaking free from his thousand-year imprisonment and taking over the world?

Jessica Spelman lives with her husband and four children in Ohio. She works as a primary care physician at a small town health center. She enjoys camping, hiking, and growing vegetables in her backyard garden. One of her favorite activities is running 5K races with her daughters. She looks ahead to the future with great anticipation.