If You Don’t Believe—Explain Me 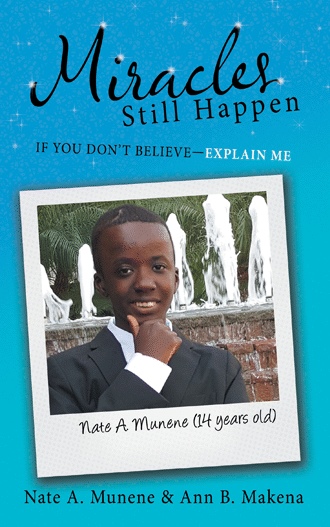 Nate: Before I was born, the doctors didn’t expect me to live to term while I was in my mother’s womb. Given what they know of a normal baby, I was too far from that. As described in the book Knowing and Yielding to the Voice That Counts, I reached full term, which was surprising. As my mom will share, I was not expected to cry or live past my first hour, and fourteen years later, I am still here. I believe God kept me for a reason. Even though the enemy attacked me and made my life difficult, I believe God’s purpose will prevail. I am humbled, and I do not take my life lightly. I don’t understand it at all, but I pray that God will be glorified.

Nate’s mother: I chose to have a local C-section because I wanted to see everything that happened to my son. I did not want to wake up from surgery and hear stories of what had happened. As soon as Nate was delivered, he screamed and was very loud. He did not receive any help to cry. He just did! That was another surprise because there was no way he was expected to cry after he was born. He was taken to intensive care after I was given an opportunity to see him and then waited to recover from anesthetic drugs. Once in intensive care, Nate acted hungry like other children. They weren’t sure he could feed on his own without a tube in him, but since he was acting normal, they tried to feed him. He took the bottle and fed like any other child, which was another surprise. Three days later, they decided to do something since he did not appear to be thinking of dying, like was expected. That was when his medical journey began, as he will share in this book. Nate is sharing his experience as a child who has endured enormous suffering. Imagine having about twenty brain surgeries by eleven years of age, along with everything that comes with that. He is sharing what that has been like for him and inspiring other children, as well as parents facing similar challenges. I will fill in some gaps for him when necessary. Miracles still happen because this child is a living, talking, walking miracle. 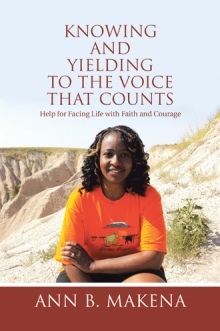 Knowing and Yielding to the Voice that Counts
Ann B. Makena
$19.95 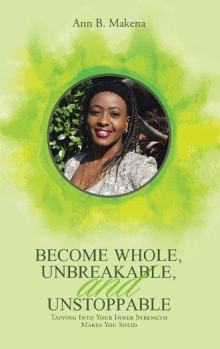 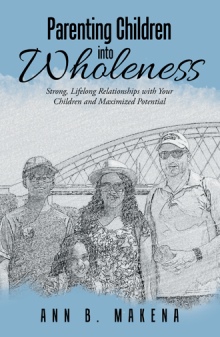 Nate A. Munene is fourteen-years old and in eighth grade. He wasn’t expected to survive at birth; he then, wasn’t expected to grow or learn. Miraculously; along with medical help, he has endured about twenty brain surgeries among other battles and is thriving. He aspires to share his testimony; inspire other children struggling and parents.

Nate Munene is fourteen years old, an eighth grader. He is junior board member for CHMC—a charitable organization. Ann Makena, founder of City’s Heart Cry Ministries, is the author of the following: (1) Knowing and Yielding to the Voice That Counts, (2) Become Whole, Unbreakable and Unstoppable, and is the coauthor of (3) Miracles Still Happen, alongside her son Nate Munene. She is a wife and mother and minister. She has the following degrees: MA theology, BS psychology-counseling, BA divinity. Previously, she was a full-time hospice chaplain for ten years.