Every Eye Will See Him

Coming on the Clouds of Heaven 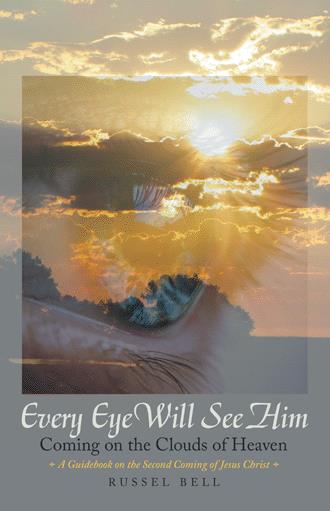 How is Jesus Coming?

1. With Awesome Power and Glory

As we have considered, Jesus’ first coming at the Incarnation was one of simplicity and humility. He veiled his divine glory by coming as a lowly babe in the manger at Bethlehem, and working as a simple carpenter until he began his public ministry. Even then, his stated goal was to “seek and save those who are lost”. It was in God’s plan that his Son would proceed to Calvary and bear our sin on the cross as our blameless sacrifice. The rulers of earth did not recognize the Lord of Glory (1 Corinthians 2:8) and instead mocked him and cruelly nailed him to a cross. There he surrendered his life as payment for our sins, despite his own innocence.

Like a sheep he was led to the slaughter and like a lamb before its shearer is silent, so he opens not his mouth. (Acts 8:32)

In contrast to the humble circumstances of his first coming, we can hardly even imagine what Christ’s appearance will be like at his second coming. He will glow with divine light as he did on the Mount of Transfiguration where “he was transfigured before them, and his face shone like the sun, and his clothes became white as light” (Matthew 17:2)

His appearance is described this way in the first chapter of Revelation:

Then I turned to see the voice that was speaking to me, and on turning I saw seven golden lampstands, and in the midst of the lampstands one like a son of man, clothed with a long robe and with a golden sash around his chest. The hairs of his head were white, like white wool, like snow. His eyes were like a flame of fire, his feet were like burnished bronze, refined in a furnace, and his voice was like the roar of many waters. In his right hand he held seven stars, from his mouth came a sharp two-edged sword, and his face was like the sun shining in full strength. When I saw him, I fell at his feet as though dead. But he laid his right hand on me, saying, "Fear not, I am the first and the last, and the living one. I died, and behold I am alive forevermore, and I have the keys of Death and Hades.” (Revelation 1:12-18)

Given this awesome appearance, we should not be surprised that remarkable natural physical and geological events will accompany his coming. Signs in the heavens, massive earthquakes and tidal waves will announce it. He is announced by shouting and the blast of a trumpet as his glorious and radiant figure appears in splendor in the clouds of heaven. Soak up the majesty of these passages concerning his coming:

Immediately after the tribulation of those days the sun will be darkened, and the moon will not give its light, and the stars will fall from heaven, and the powers of the heavens will be shaken. Then will appear in heaven the sign of the Son of Man, and then all the tribes of the earth will mourn, and they will see the Son of Man coming on the clouds of heaven with power and great glory. And he will send out his angels with a loud trumpet call, and they will gather his elect from the four winds, from one end of heaven to the other. (Matthew 24:29-31)

The Apostle John describes powerful and sensational events in the heavens that precede Christ’s second coming, fulfilling the ancient prophecy of Joel 2:31.

When he opened the sixth seal, I looked, and behold, there was a great earthquake, and the sun became black as sackcloth, the full moon became like blood, and the stars of the sky fell to the earth as the fig tree sheds its winter fruit when shaken by a gale. The sky vanished like a scroll that is being rolled up, and every mountain and island was removed from its place. (Revelation 6:12-14)

Finally, after the seven angels have poured out their bowls of God’s wrath upon the earth, heaven opens and Christ himself appears as a triumphant rider on a white horse. He descends to earth to finish the task, accompanied by his redeemed saints.

Then I saw heaven opened, and behold, a white horse! The one sitting on it is called Faithful and True, and in righteousness he judges and makes war. His eyes are like a flame of fire, and on his head are many diadems, and he has a name written that no one knows but himself. He is clothed in a robe dipped in blood, and the name by which he is called is The Word of God. And the armies of heaven, arrayed in fine linen, white and pure, were following him on white horses. From his mouth comes a sharp sword with which to strike down the nations, and he will rule them with a rod of iron. He will tread the winepress of the fury of the wrath of God the Almighty. On his robe and on his thigh he has a name written, King of kings and Lord of lords. (Revelation 19:11-16 NASB)

Most Christians know that Jesus Christ promised to return following his death, resurrection, and ascension to heaven. Still, our understanding of the nature of his coming can widely vary. Some believe it occurred already when the Holy Spirit descended to indwell believers on the day of Pentecost. Others understand it as a spiritual presence or a consciousness that brings Christ to earth in a mystical sense. No matter what we think or believe, it is important to know what Jesus meant when he made that promise.

In a spiritual guidebook, pastor Russel Bell provides a fresh perspective on Christ’s second coming through scriptures and personal observations based on his years of Bible study in order to help both believers and nonbelievers understand this important prophecy. Using Jesus’s words and his personal views, Bell addresses how Jesus is coming, what his coming means, all the reasons why he is returning to earth, when he is coming, and the potential troubles on the horizon. Included is a list of pre-tribulational objections as well as a short study guide on the Day of the Lord.

Every Eye Will See Him is an inspirational guide that provides important Christian messages and a pastor’s personal insight on the second coming of Jesus Christ. This fresh perspective should challenge your thinking and encourage you to be ready for this majestic and momentous event!

Russel Bell is a pastor-teacher in a small fellowship in Loveland, Colorado. Together with his wife Cindy, he has raised three believing children. Russ grew up in a Christian home and benefited from the opportunity to participate in ministry activities from an early age. After attending a Brethren church throughout his elementary years, he attended Colorado State University, where he received a BS degree in botany and plant pathology. After graduation, he lived briefly in northern Virginia, where he met and married Cindy. Russ is a passionate student of the Bible and a believer in lifelong learning. He served as a deacon and elder with two Evangelical Free Church congregations before choosing to pursue church planting and house church networking.