Beginnings at the End of the Road 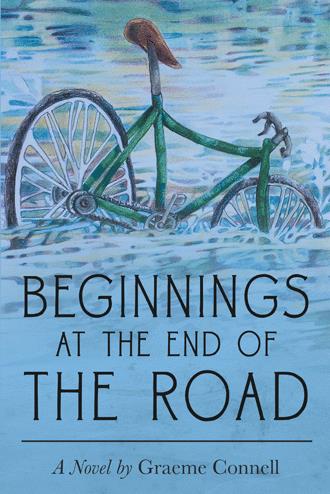 Walter Silverberry stands at the curb and watches the neon-green windbreaker bob its way above the concrete parapets of the narrow one-way bridge. The jacket is lost from his view as it crosses over the roadway and disappears into the trees. Brandon, just eleven, is off and away, planting his crutches ahead of himself and swinging his legs through.

The grassy bank alongside the river is in full sun. Brandon strips to his red T-shirt to lie spread-eagled on the dry, warm ground. He’s eager to get to fishing for bait and leaves his legs in their iron and leather straps. His elbows hang over the water, and he watches the lazily swimming tiny fish.

The sunshiny stillness is shattered with a grinding thud and a baritone scream. Brandon twists to his left, wide-eyed, as a bicycle and its rider explode over the bridge parapet. As if in slow motion, the body crashes through tree branches to splash facedown into the river, just seven meters away. The cotton cap flies free and drifts away in the current.

His head just pokes above the surface as his small hands touch the bottom. Grabbing rock by rock, he gropes his way to the stricken rider.

“Mister, mister,” he cries between gulps. “Please, mister.” The irons and the leather straps around his useless legs drag behind, banging over the rocks.

“O-o-oh, mister, mister.” He struggles to maneuver his manacled young body to get a grip on the rider’s sopping-wet woolen shirt. His legs won’t cooperate. Tears mix into the river as he pushes and pulls to lift the man’s head above the water. “Mister, mister, I got you. I got you. O-o-oh, mister.”

Crimson water swirls around him as he cradles the bleeding head against his thumping chest. The position is awkward. He can’t hold him. Yet he must keep the rider’s head out of the water.

“Da-a-ad!” he hollers at the bridge, towering eight meters above him. “Da-a-ad! He-elp! God, help me.” His shivering body wants to tip over. If only he could move his legs, just a bit. “Da-a-ad!” He screams as loudly as his little voice will go. “Da-a-ad! Where are you, Dad? Where are you?” Great sobs mix with his shaking body, cramped around the unconscious man’s head that he knows he must hold out of the chilling water.

He doesn’t feel the big hands that haul him and the cyclist to the bank. Arms hold him as a blanket is snugged to his shivering and shaking body. He calms as a women’s soft murmurs waft over him.

An hour later, his eyes open, blink a couple of times, and the big painting on the wall comes into focus. Steam from a black train engine curls into a brilliant blue sky. At first, he’s puzzled until familiar Westminster chimes sound twice. Slowly, he turns his head.

“Oh, my boy, my Brandon. Walter! Walter, he’s awake!” his mother shouts and grabs him around his blanket-wrapped shoulders, hugging him. “You’re awake.”

Brandon smiles at her. He feels the soft warmth of a hot-water bottle next to his chest. He wants to sit up.

“Lie there now,” his mother says. “The paramedic said you have to keep warm. You’ve had a big shock.”

“He’s in hospital, Brandon. The ambulance came and took him. They carried you home.”

“You saved the man from drowning in that icy water, Brandon.” The soft and gentle voice of his mother. “You’re my little hero. My, you had us worried when we heard you yelling at the top of your voice. You were very brave.”

Their day hadn’t started out this way. Brandon was thrilled as he hobbled his way to the river, happily moving in his practiced rhythm of swing and stand, swing and stand—his slow progress with crutches and legs. It was the first time in his eleven years that he’d crossed the road to the river on his own.

“Go catch some minnows,” his dad had instructed. 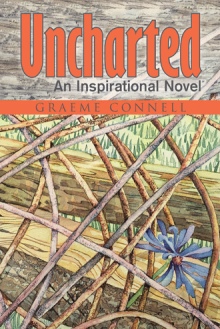 Brandon Silverberry was an eleven-year-old stricken with polio when he rescued a man from drowning. Although it has been thirty years since the event, Brandon still remembers it like it was yesterday. When he receives an unexpected inheritance from the man, Brandon’s ordinary life as a master baker is turned upside down. Now he must undock his stable, sheltered existence and discover the call this endowment has placed on his life.

Overwhelmed with the gift of a beautiful home, large property, and hefty bank account, Brandon does his best to adjust to a new life. Buoyed by God’s love and the indomitable spirit he gained during his years battling polio, Brandon vascillates between unexpected reality and memories of bullies, physical limitations and loss. Now as his journey leads him to meet a disparate group of characters all seeking to belong, Brandon’s life comes full circle as he realizes the inspirational symbolism behind a bicycle.

In this tender tale, the surprise inheritance propels Brandon down a bumpy road of astonishing outcomes.

Graeme Connell is a former journalist, public relations writer, and entrepreneur whose career has taken him from his native New Zealand to Antarctica, the Fiji Islands, the United States, and Canada. Today he lives with his artist wife, Lois, in Calgary, AB, Canada, where he is never far away from his daughters, grandchildren, and great-grandchildren. This is his third novel.